Well, the struggling smartphone division of HTC is betting in blockchain technology and crypto-currencies in the end user space. That’s what we started to believe after the company released the HTC Exodus. Now, the Taiwanese company has just unveiled a new blockchain smartphone dubbed as HTC Exodus 1s. The smartphone represents an incremental upgrade over its predecessor but brings new crypto tricks to the table.

While the 1S may be an incremental upgrade over its predecessor, it brings terrible specifications for a 2019 smartphone. First of all, it is powered by the old Snapdragon 435 chipset paired with 4GB of RAM. It boasts a 5.7-inch HD+ display with an 18:9 aspect ratio. Moreover, it counts with 64GB of storage and has a microSD card slot. However, the latter may not be used for storing multimedia files. There’s no USB Type-C port, just a standard micro-USB. At least it includes a 3.5mm headphone jack, for the lovers of the analog port. 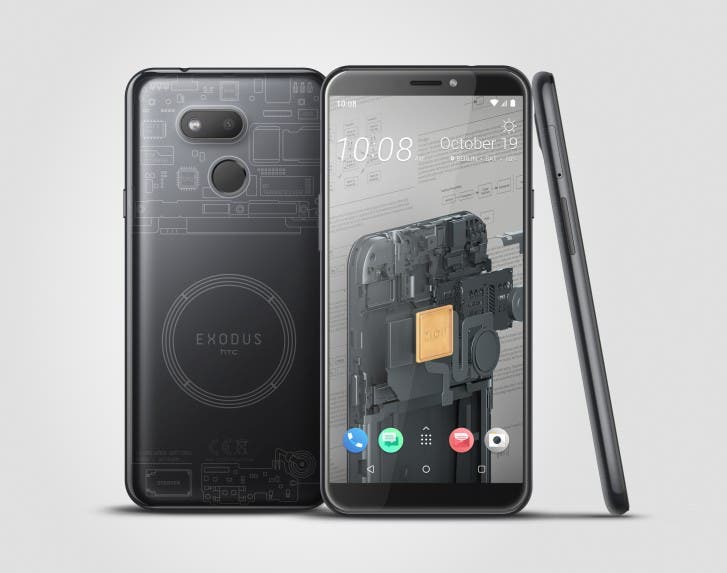 In the camera department  Exodus 1s is equipped with a 13MP PDAF snapper on the back. On the front, there’s a selfie snapper with the very same resolution. The front-facing camera doesn’t include Auto-Focus functionality but has an LED flash. Other features include Two SIM card slots with 4G plus 3G dual standby, Wi-Fi ac, Bluetooth 4.1. The smartphone runs Android 8.1 and draws power from a 3,000mAh battery.

Unfortunately, details about the smartphone are rather scarce on HTC’s website. Apparently, it can be ordered for €219, but HTC didn’t make clear if customers can use “outdated” money to fund the smartphone or if they will convert the price to a cryptocurrency, just like they did with the first Exodus.

The major value attraction on the Exodus 1s is the ability to run a full Bitcoin node on the phone. It basically means that the phone has the means of keeping the entire Bitcoin ledger in its memory. Not in the memory, but on a microSD card. This microSD needs to have at least 400GB of storage, sold separately. This amount will be good for some time since the current Bitcoin ledger is about 260GB big. But worth noting that it is growing at a rate of roughly 60GB a year. 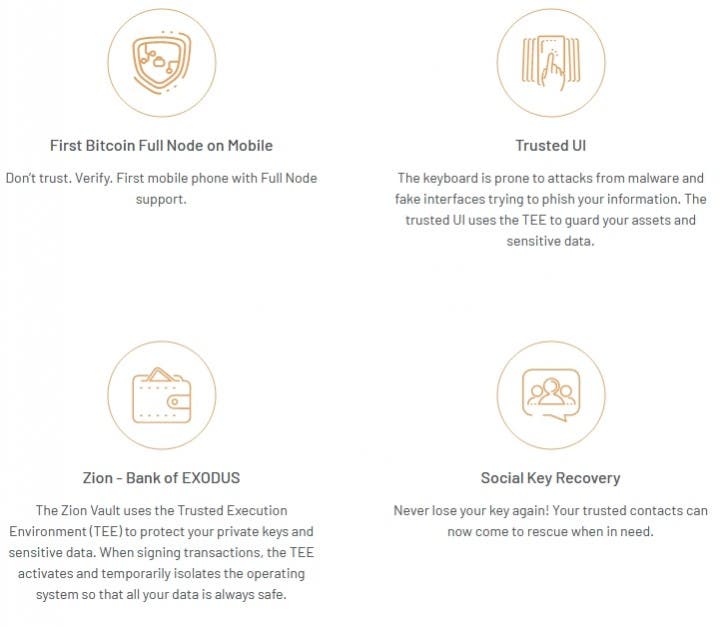 The main reason for having the entire ledger in your pocket is that you can verify transactions for yourself and operate with more security. Unfortunately, there are some caveats, like the fact that currently, only a Bitcoin node can run locally. In addition, running it apparently puts quite a strain on the three-year-old chipset. Therefore, HTC only recommends running the node while connected to a wall socket or power bank. The HTC Exodus 1s brings the same security enhancements introduced by its predecessor.

Do you think that HTC should keep investing in this segment? We thought that the company had changed its mind with the recent release of devices like the Wildfire X. But now, it seems that HTC has enough reasons to bring a successor for the Exodus.