From the images, the Mi Band 5 will come with a substantial upgrade relative to its predecessor. It has evolved from the previous square screen to a brand-new oval punch-hole display. The punch-hole could be a placement for a camera (perhaps?) at the bottom of the screen. However, it seems to be too large considering the small display, so it could really be something else or perhaps a totally fake set of photos. The image shows that the alleged Band 5 comes with a grey strap. However, we do not expect this colour to be the only option. 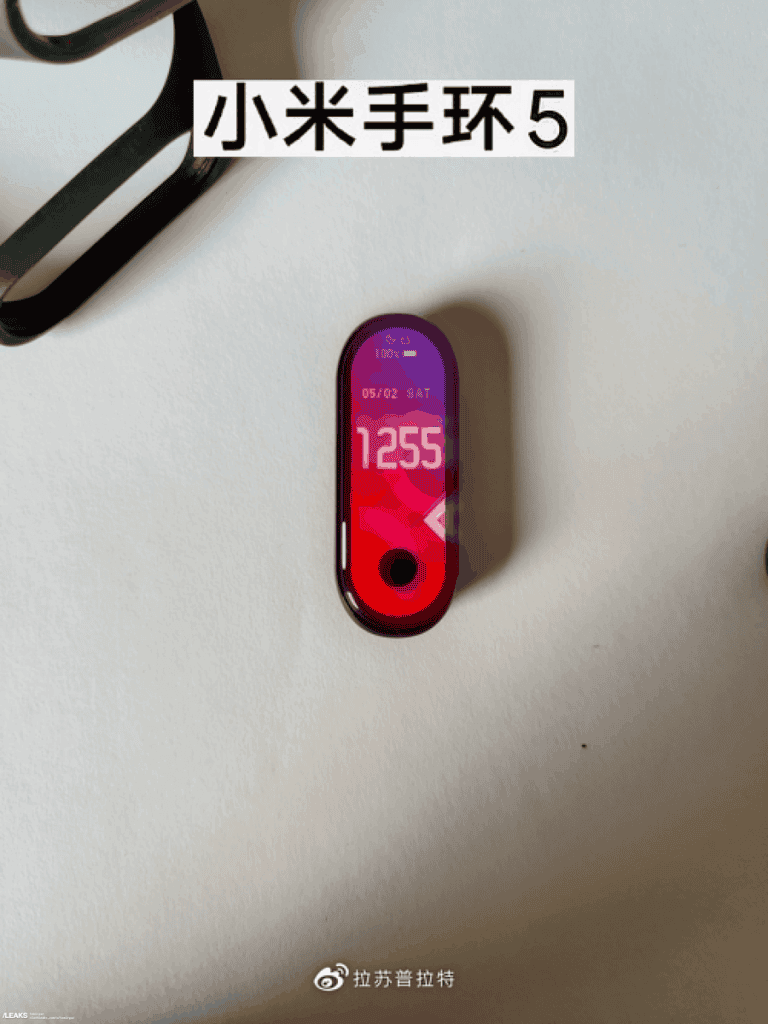 According to reports, the Band 5 outside China will support NFC. If this pulls through, this will be the first Xiaomi band to support NFC outside China. Furthermore, information from TizenHelp, claims that the Xiaomi Mi Band 5 will come with a 1.2-inch display. This is larger than the 0.95-inch AMOLED screen on its predecessor. This means that the band 5 details will be more visible and there will be more space for icons. Despite the larger display, this device will be lighter and with more contrast. Thus, reading from the band in sunlight will be easier.

As of now, Xiaomi NFC smart bands are only active in China. Nevertheless, it appears that the Xiaomi Mi Band 5 NFC version will be active in the global market. This means that it will probably support Google Pay & other payment services. The Mi Band 5 NFC global version will support contactless payments, work pass and can be used as a bus card. These features are currently active in China. Xiaomi releases its Mi Band every year so we expect the Band 5 this year.

What do you think about the alleged leaked image of the Mi Band 5? Is it real or not? What about that black punch hole at the lower part of the display? Is it a fake or could it be the real thing? Let us know your thoughts in the comment section below.

Next MIUI 12 with Google apps now available for download