Electronic Arts have officially confirmed the preparation of two productions during a meeting with investors. FIFA 21 will debut this year, while Battlefield 6 will premiere in 2021.

In the Electronic Arts catalog for the following months, several EA Sports games have been mentioned, although one of the most popular productions will be the latest addition prepared especially for football enthusiasts. During the meeting with investors, the company confirmed that FIFA 21 will reach the market without problems, despite the current problems related to the coronavirus pandemic.

FIFA 21 will be available this year 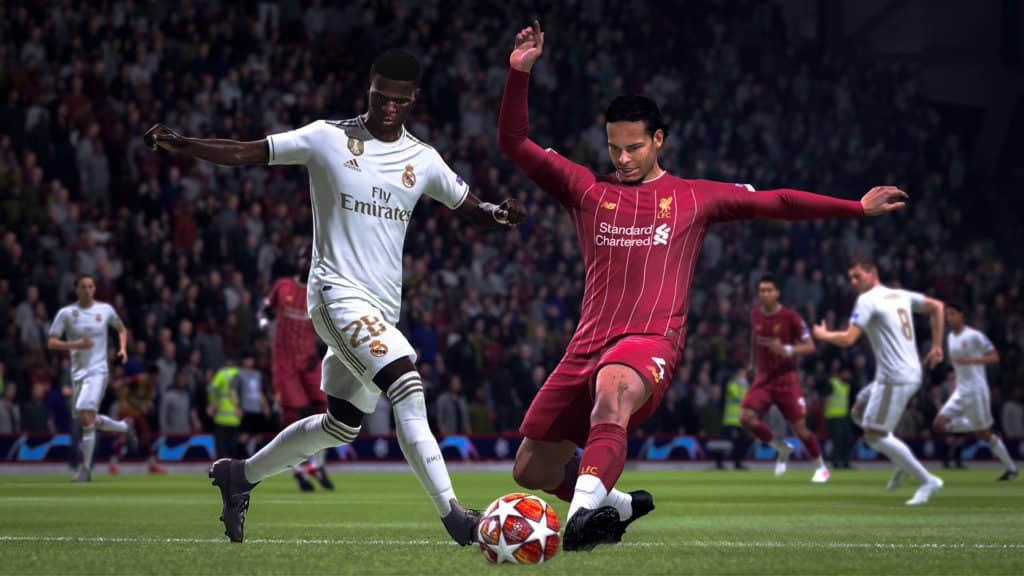 The title will be available on the following consoles: PS5, PS4, Xbox Series X, Xbox One, Nintendo Switch and PC. The brand is currently talking about preparations for a large presentation. The full FIFA 21 show will probably take place at EA Play Live 2020. In addition, the publisher will soon present accurate information about the new products.

The company has also confirmed very good news for Battlefield fans. Battlefield 6 is being developed without any obstacles, and progress in the development of the game has been positively assessed by the CEO of EA.

First, I would say, Battlefield is progressing very, very well. We’re excited by what the team’s doing. And again, in the context of the work-at-home environment that had been truly inspirational and how that continued to develop great entertainment in the context of our Battlefield universe. So, I’m excited for when next year comes.

At the same time, the CEO of EA ensures that remote work does not disturb the work of the team, and is a source of inspiration. Developers are constantly striving to ensure the highest level of gameplay, so the coming year promises to be amazing.

FIFA 21 will debut later this year (as usual in September), and Battlefield 6 will be available in 2021.

What do you think about these announcements? Are you waiting for the next Fifa and Battlefield titles? Let us know in the comments below.