Microsoft introduced the Surface Go 2  earlier today. The launch was a simple blog post on its Windows blog forums. The second edition of the Go doesn’t looks visibly much different from its predecessor but it does have some notable internal changes under the hood.

Surface Go 2 Design and Display: What has changed

Microsoft hasn’t changed the design drastically, minor changes are seen in the body of the 2-in-1 portable, having finely painted sides with few changes in color schemes of covers.

However, screen size has been improved. Microsoft has managed to pack in a 10.5-inch display in the same footprint of the previous generation resulting in the same dimension of 9.65 x 6.9 x 0.33 inches. This means slimmer bezels on the PixelSense display. The resolution of the display is now 1920×1080 pixels with a pixel density of 220PPI, an improvement of 3PPI from its predecessor which is unnoticeable.

Specifications: What’s under the hood

Specifications are definitely improved on Surface Go 2, which comes in both Pentium Gold and 8th Generation Core m3 options. The 8th Gen Core m3 promises a 64% improvement than its predecessor which had the Intel Pentium Gold processor, with the same speed on all variants, including the LTE models.

However, in the base variants of Go 2 the Pentium Gold is improved to 4425Y CPU compared to 4415Y on the previous Go. This is just an incremental upgrade with no visual performance upgrade.

Further, it has storage options of 64 and 128GB variants and RAM up to 8GB. Optics include a 8MP rear camera, 5MP front camera. All the variants will come with Windows 10S Operating system. 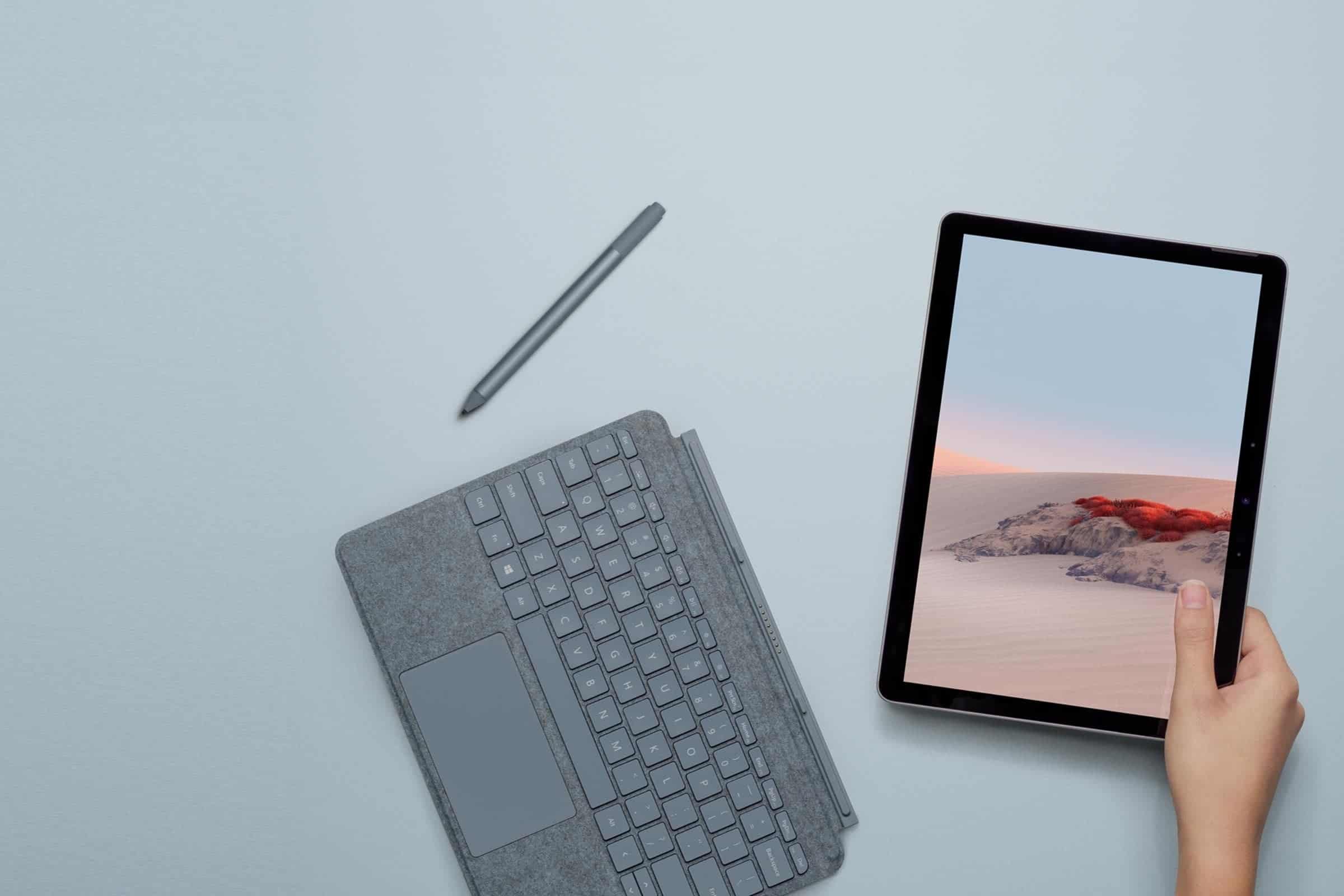 Microsoft claims that Surface Go 2 will give 9 hours of continuous playback on a single charge and up to 10 hours of usage. This is an improvement from its previous edition but this has resulted in a slight weight increase of 544 grams.

The Microsoft Surface Go 2 users can customise the convertible with Type Covers, Sleeves and accessories in a variety of colors, including Platinum, Black, Poppy Red, and Ice Blue.  Surface Go 2 starts at $399 for 4GB RAM and 64GB eMMC storage. It also comes in 8GB/128GB SSD variants at $549 for Intel Pentium Gold variant and  $629 for the Core m3 variant. The device will be available starting May 12 on Microsoft store and other retailers.

Next Realme 6 Pro Already Launched In Europe, Starts Shipping On May 7