According to recent information, some users are reporting that Microsoft Win 10 Game Mode may have a negative impact on the gaming performance of certain hardware. One user said that after activating Game Mode, the gaming performance of AMD graphics devices such as Radeon RX 5700 XT, RX 480, R9 290, and Nvidia graphics devices such as GTX 980 and GTX 1080 Ti were affected. However, he added that  “[Turning off Game Mode] completely solved all the jams I experienced in Destiny 2! Whenever I enter the crucible with active Game Mode, the game basically jams for 70 milliseconds. Now it’s finally able to run stably”. 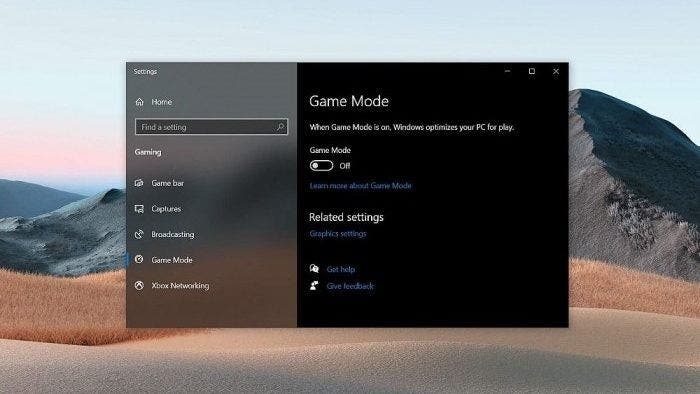 There have also been many reports of users experiencing a lull when opening “game mode”. Games like Call of Duty: Warzone and League of Legends have suffered from sudden frame rate drops, jams, and other performance issues that have plagued the gaming experience.

As of now, it is unclear how “game mode” is causing the problem. However, an employee at AMD Radeon Technologies Group said their engineers are investigating the issue. It seems that the impact of this type of issue is widespread. The issue is most likely related to specific drivers or Windows 10 updates. The most-reported games with this freeze include Call of Duty series, Destiny 2, League of Legends, and other popular games.

This is not an entirely strange issue with gaming. In fact, it is pretty common and a simple (maybe not) software update can solve this problem. Although there is no official statement from Microsoft, we believe that it will work on this issue and release an update. However, before that happens, you may want to disable Game Mode (if you are experiencing the issue) so that all games can run smoothly. To do that, go to Settings, then click on the Game – Game Mode option and disable it.

Read Also:  Netflix will get help from Microsoft in its ad-tier membership
Source/VIA :
ITHome