Today, Redmi announced that it will hold a new launch event on May 11. The company will unveil the Redmi K30 5G Extreme Edition at the launch event. This will be the first time that Redmi is collaborating with Jingdong to release a customized version of the phone. We probably know that this smartphone is a derivative of the Redmi K30 series. The official poster shows that the Speed Edition uses a dual punch-hole full screen. This device is probably the same as the lower version of Redmi K30 5G which was previously rumored to be the “Redmi K30i”. 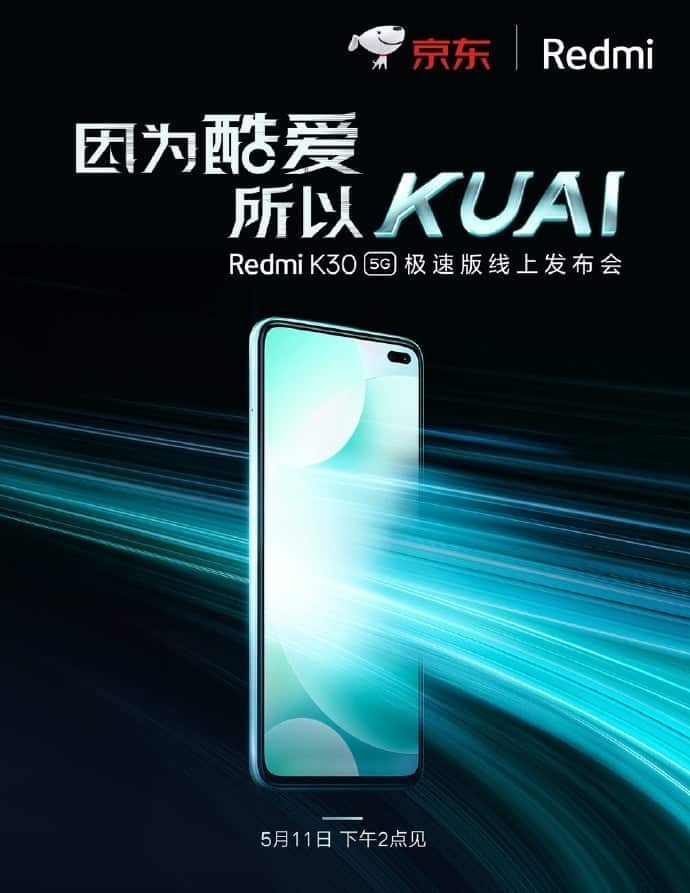 The Redmi K30 5G Extreme Edition comes with a 48MP main camera. This is lower than the 64MP main camera on the regular version. With this reduction, the K30 5G Speed Edition will most likely cost less than the regular version. This means that we will have a 5G smartphone that will sell for less than 1999 yuan ($282). It will certainly be the cheapest 5G device in the market for now.

There have been speculations that this device will sell for 1799 yuan ($254). Considering that the regular version sells for 1999 yuan ($282), we can not rule out this possibility. We are only sure that it will sell for less than $282. However, the exact price tag is not known for now.

It’s worth noting that in addition to the Redmi K30 5G Extreme Edition, Redmi also has a new 5G phone in the Redmi Note 10 series (tentative). Recall that the general manager of Redmi, Lu Weibing said that an upcoming Redmi phone will use MediaTek’s Dimensity 800 SoC. This chip is MediaTek’s mid-range chip for the 5G market. It also supports SA/NSA dual-mode 5G.