Vivo has officially launched the first smartphone of the new G series called Vivo G1 5G in China. The smartphone comes with 5G support and a price of 3498 yuan (about $495). 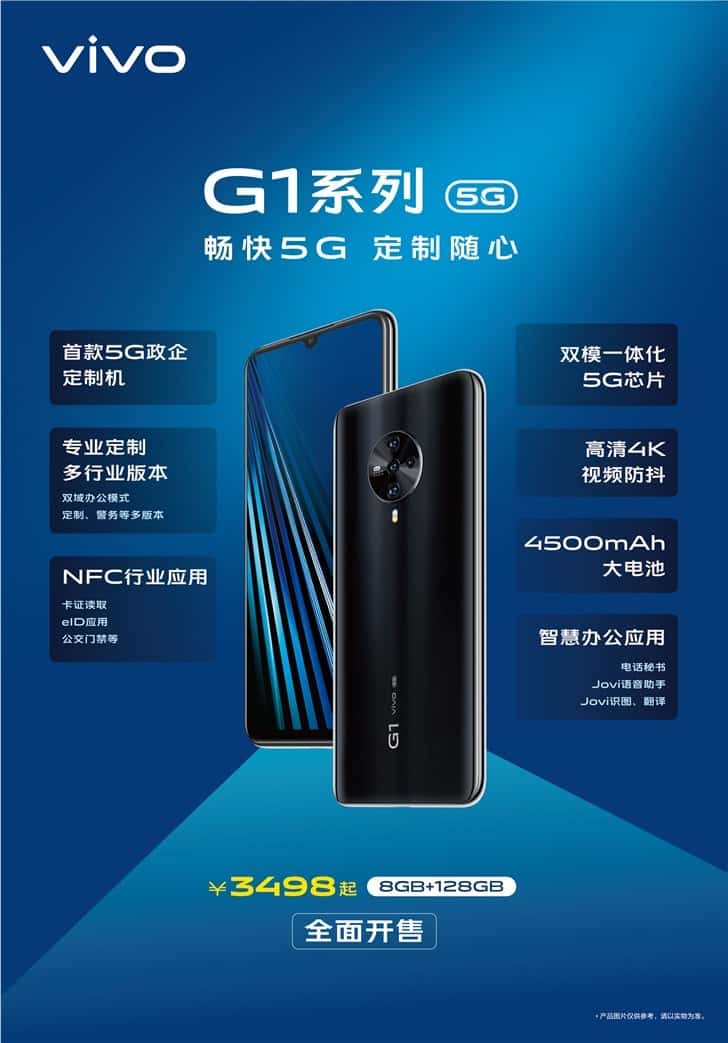 Vivo G1 is intended for government and enterprise employees. The biggest difference between it and a traditional mobile phone is that it is equipped with a dual system. Its system can divide into isolated “personal space” and “work space”, one mobile phone, two operating spaces, and two environments. Applications content and information are all operated independently.

The smartphone has similar design to the OnePlus 7T. It has a water-drop notch on the front, which integrates the selfie camera of 32MP. The quad-rear camera consists of a main 48MP sensor, assisted by a wide-angle lens of 8MP and two other smaller sensors of 2MP. At the video level, both front and rear, will be able to record videos in 4k. There are also GPS, Bluetooth 5.0, Dual-Band Wi-Fi and NFC support.

Based on the front-end 32-megapixel camera, Vivo G1 is equipped with face recognition technology that supports face unlocking. In addition, the smartphone has screen fingerprint unlocking technology. Vivo G1 also supports 4K high-definition video recording, and supports dual anti-shake for front and rear EIS video. In addition, Vivo G1 also supports front and rear dual-field shooting, which allows using the front lens and the rear main camera to record in the same video at the same time, which is convenient for the collection of on-site information.