Сince the launch of the first-generation AirPods in December 2016, Apple began to fully explore its potential in audio headset products. Now, their wireless headphones mainly have two branches, AirPods‌ and AirPods Pro. However, there have also been rumors that Apple will continue to expand its lineup of headsets and launch a ‘high-end product’. Below, we have summarized all the rumors concerning the upcoming Apple High-end Headphones.

Earlier, Bloomberg said that the Apple High-end Headphones will use a new look. There will be two versions, including a premium version made of leather. The prototype of the headset is described as using a ‘retro style’ appearance, with earmuffs that rotate with the headband with metal arms attached. 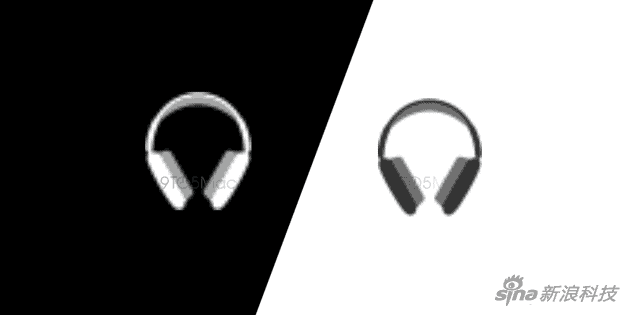 The other is a style used for fitness. It should use lighter and breathable materials with small holes to improve airflow. It is also possible to make replaceable housings.

Both of these products are positioned highly. Although Apple previously acquired the Beats brand to sell this type of headset, like ‘AirPods’, Apple is also developing Apple-branded headphones instead of Beats.

In the leaked iOS 14 system, some sources found the icon representing the headset. But no details were seen in the image.

This feature is designed to reduce environmental noise. And users can focus on what they are listening to. If it is similar to ANC on the AirPods Pro, there will be a transparent mode that will enable noise reduction, but ambient sound can be collected.

Of course, since it is a high-end product and a large headset, its sound quality is expected to be better than that of the AirPods.

Apple may set the price of the new headset at around $350. But there is no more accurate information.

Current rumors indicate that this headset will be launched sometime in 2020 (the exact date has not yet been determined). Mass production of headphones is scheduled to begin in mid-2020, which may mean it will be available in the fall of 2020.

There are rumors that Apple originally planned to launch this headset sometime in 2019. But it seems that this plan has not been realized.

Previous Google Duo: video calls of up to 32 participants in the browser soon

Next Resident Evil 8: it will be the darkest and most frightening of the series