Today, Xiaomi released a poster that shows that its first Wi-Fi 6 router, Xiaomi AIoT router AX3600 will get a major update from tomorrow. According to the company, the OTA update will add the 160MHz “Dynamic Bandwidth”. 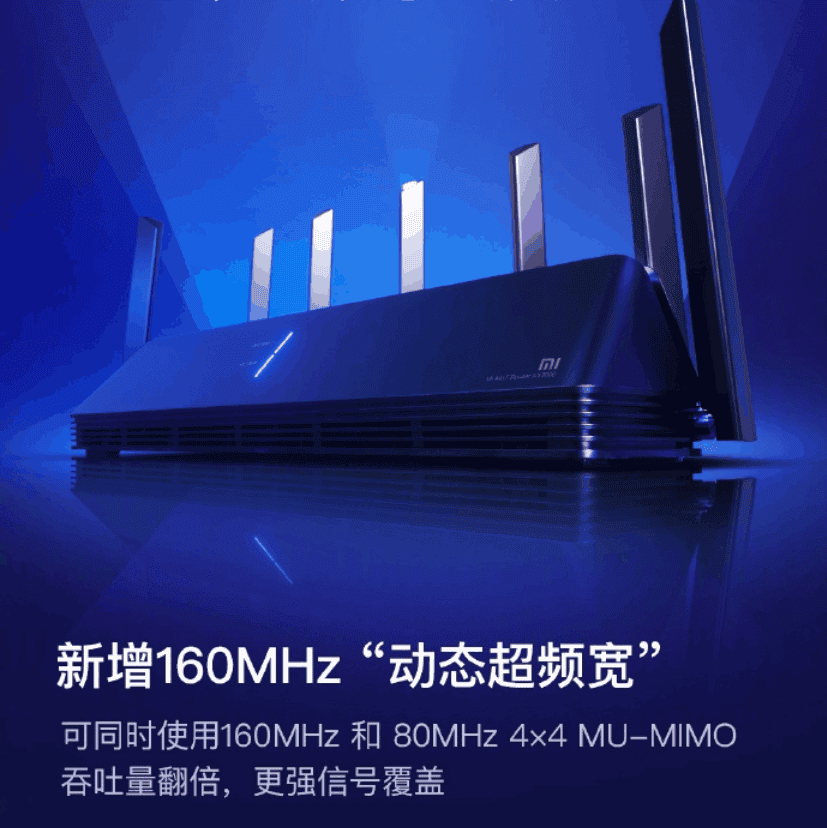 In order to achieve high-speed data transmission on 160MHz, the user needs to have a terminal that also supports 160MHz bandwidth. If both the router and the terminal support 160MHz, then the maximum wireless transmission speed can be 2400Mbps.

However, most devices (such as the iPhone 11 series) currently only support up to 2×2 80Mhz, which means the maximum wireless rate is only 1200Mbps. In addition, the CPU’s main frequency increases to 1.4GHz. It delivers a six-core monster performance with 12880 DMIPS of power. The company believes that this is far more than what other brands is offering.

The Xiaomi AIoT router AX3600 has been the most cost-effective flagship Wi-Fi 6 router since its launch. With a 599 yuan ($85) price tag, it is way better than many routers in terms of hardware configuration and performance.

The Xiaomi’s first Wi-Fi 6 router comes with 7 antennas. Six of these antennas are external high-performance signal amplifiers (two 2.4Ghz antennas and four 5Ghz antennas) while the last antenna is an AIoT exclusive independent antenna. Liu Xinyu, general manager of Xiaomi’s intelligent hardware department, said that its signal can cover 2 football fields. This will simply eliminate the issue of “no-signal corners” in the home.