In time past, we have seen some smartphones with really huge batteries. These devices are mostly from “second class” Chinese phone manufacturers. They have smartphones with battery capacities exceeding 7000 mAh. However, these batteries never live up to expectations. In many cases, they need only a few months (maybe weeks) before they start acting like a 3000 mAh battery. However, “first-class” Chinese smartphone makers have a reputation to protect. Thus, they go all out to get certified before hitting the market. The need for more power on smartphones, especially with the advent of 5G, can not be overemphasized. Realme has been quite good with large batteries. Recall that the Realme 6i comes with a huge 5000 mAh battery. Now, Realme’s 6000 mAh battery has gotten TUV Rheinland certification. 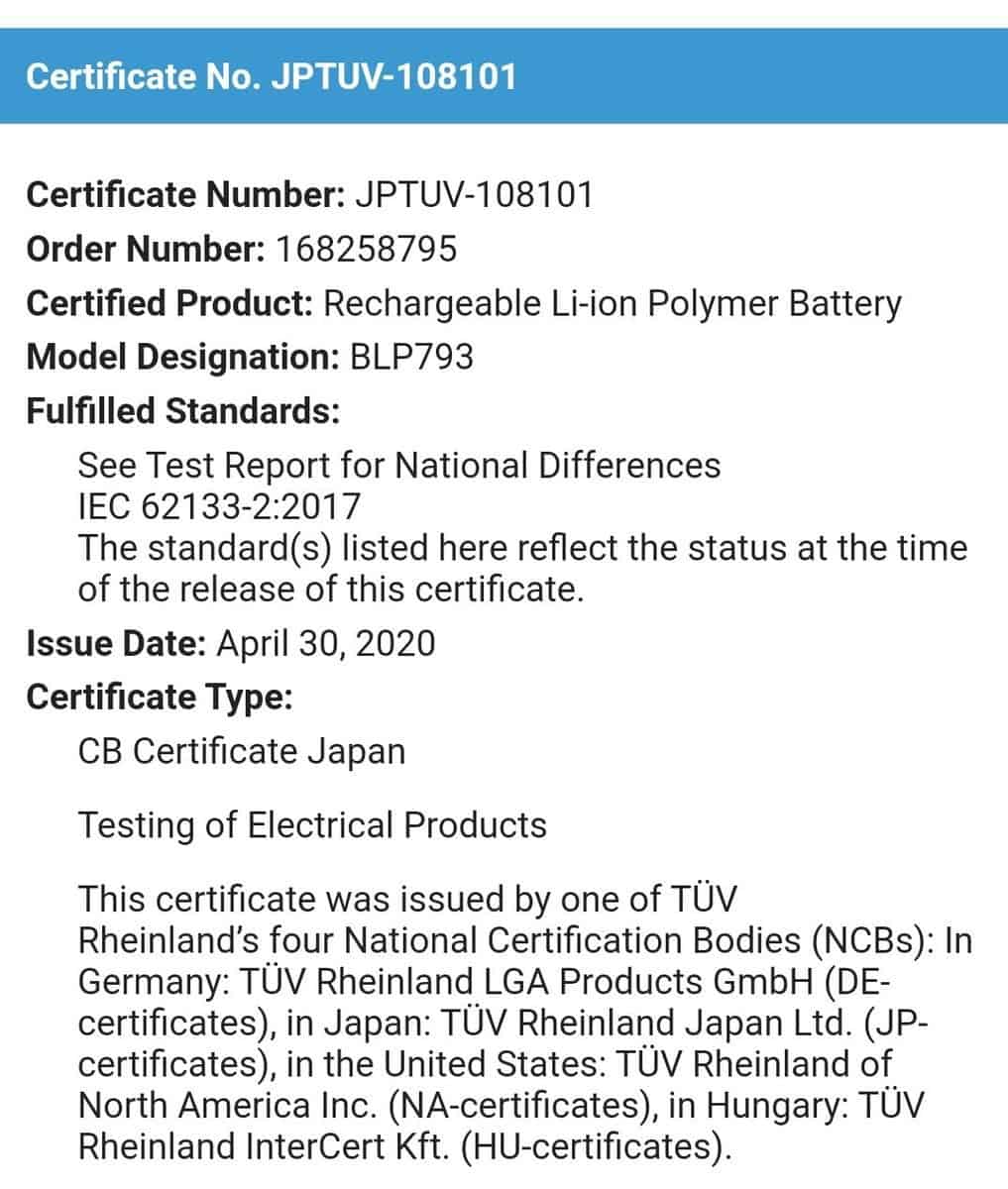 A recent filing on TUV’s database with number “BLP793” shows Realme’s 6000 mAh battery. This battery is massive, to say the least. Well, to be precise, the actual capacity is 5,860 mAh but it is still massive. With this certification, Realme will probably release a smartphone with this huge battery soon. If the Narzo 6i is a rebrand of Realme 6i and the Narzo 10A a rebrand of Realme C3, they could be possibilities for this battery. Recall that the Realme 6i and C3 originally comes with a 5000 mAh battery. Thus, a battery increase in their rebrand will not be out of place.

Furthermore, the Realme X3 is coming but speculations say that it packs a 4,200 mAh battery. However, there is also the X3 Pro model which could use this battery. These are just guesswork and may be a far cry from the real deal.

WHAT IS TÜV RHEINLAND CERTIFICATION?

For those who do not know, the TUV Rheinland Certificates show the safety standard compliance and qualifications of products, management systems, manufacturing processes, and personnel. TÜV Rheinland certificates are really not easy to get and the organization has its headquarters in Cologne, Germany. It also has additional offices in Europe, Asia, Africa, and the Americas. The TÜV Rheinland Group has made a name for itself and its standards extremely high. If TÜV Rheinland certifies a product, you can be sure that it is top-notch in quality.

Next Huawei Applied For An Under-Screen Camera Patent