Honor is all set to launch the world’s first tablet that sports both 5G and Wi-Fi 6 standard – the Honor Tablet V6. The company has officially revealed that the device will arrive in China on May 18th. The company will also launch its budget 5G smartphone, the Honor X10 on May 20th.

Going into the details, the company’s official handle on Weibo has posted a teaser image along with the launch date. The poster says the device will be named Honor Tablet V6. It also showcases the design of the tablet and it seems to have a uniform and fewer bezels surrounding the display compared to its predecessor. 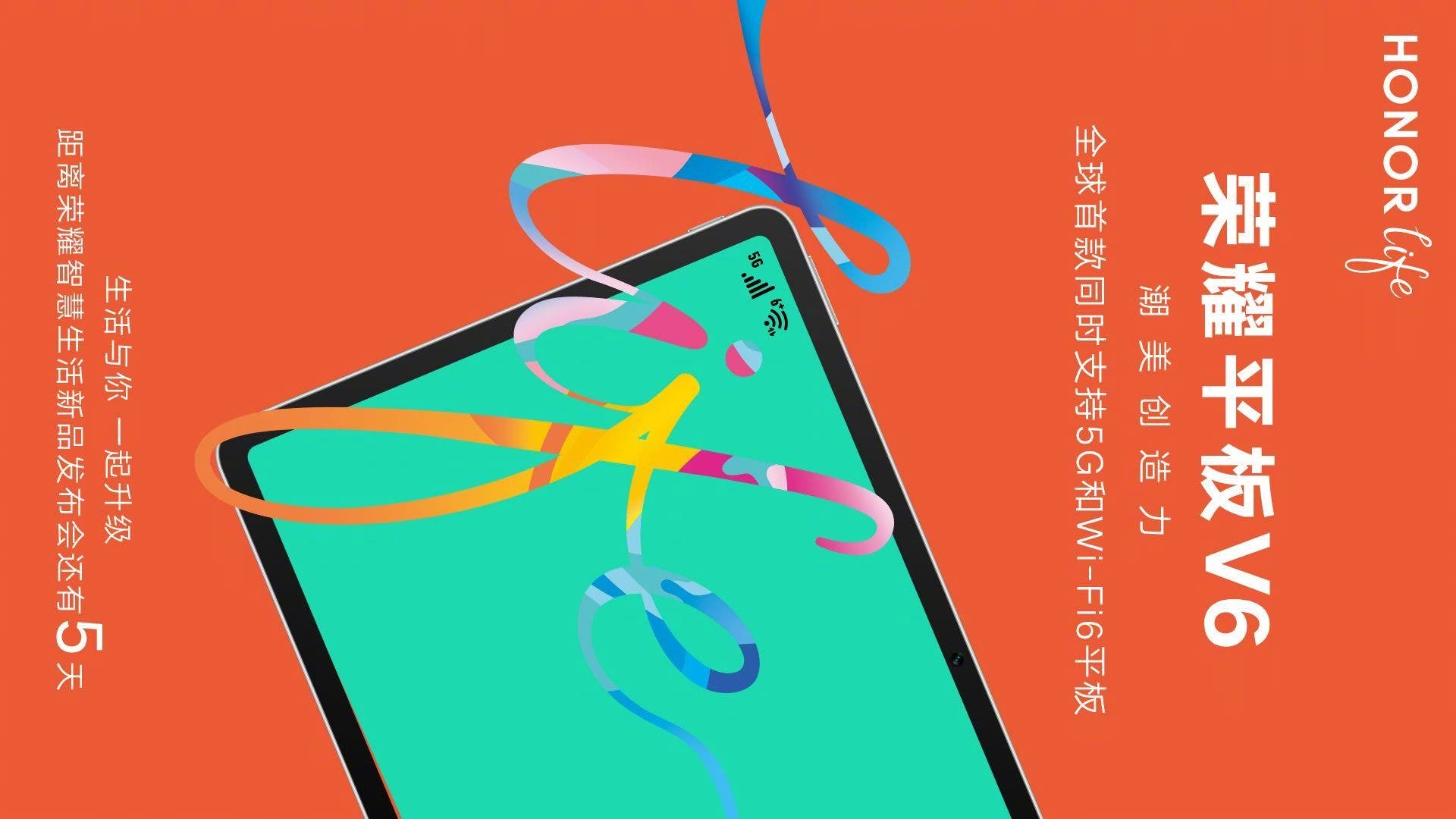 A button is visible on the top which could be a volume button and the display shows a WiFi 6 and 5G logo on it. There is a button on the left as well. Additionally, the poster iterates that the device will be the world’s first Tablet to sport both 5G and WiFi 6 standard. If we recall, the world’s first tablet to sport 5G was the updated version of Samsung’s Tab S6 that arrived a few months back. But it only had the WiFi 5 and the latest Honor Tablet V6 aims to get the best of both worlds in connectivity.

In terms of specifications, the device is rumoured to sport a midrange Kirin 820 5G SoC. It is manufactured based on the 7nm FinFET process and comprises four ARM Cortex A76 cores out of which one high-performance core is clocked at 2.3GHz and other three are at 2.2GHz. The other four A55 cores are clocked at 1.84GHz.

The graphic duties are to be handled by Mali G-57 MP-6 GPU and has a dedicated Neural Processing Unit to improve AI performance from its predecessor. In terms of connectivity, it has the NSA/SA mode 5G and has the same basebands of the flagship Kirin 990 5G meaning a download speed of up to 2.3Gbps is possible.

However, other details regarding screen size, storage variants, and camera are pretty dim at this moment. The poster also says the handset will arrive in 5 days indicating the launch date of May 18th. Apart from this, there is no mention of pricing in the post and going by Honor’s standards we can assume the device will be a mid-range Tablet priced around $300-500 segment.