Back in 2018, Chinese manufacturer, Oppo, established Realme as a sub-brand. However, in 2019, Realme became an independent brand. The company will celebrate its second-year anniversary and will do that in style by releasing 8 new products on May 25. Today, Realme’s VP, Xu Qi Chase, announced on Weibo that the company has officially exceeded 35 million users globally. 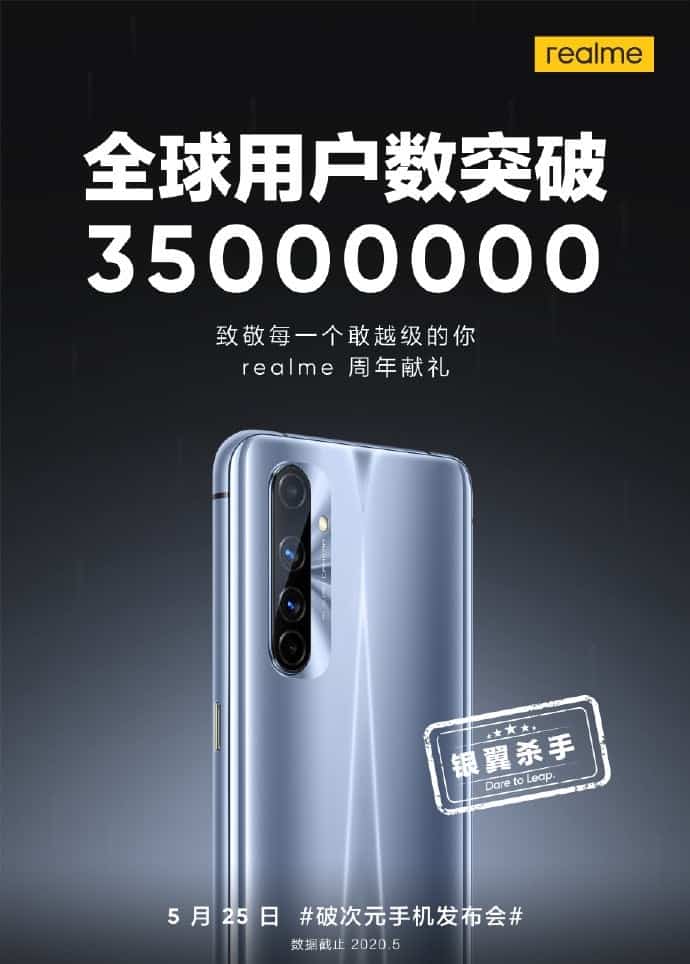 Furthermore, he said that the company is “preparing to do something big” at the May 25th conference. This will be the most robust launch event in Realme’s history releasing so many products at the same time.

In addition, there are speculations that the protagonist of this conference will be the company’s first gaming phone. The company will release the Realme “Blade Runner” with a Snapdragon 865 SoC. According to Realme, it is an anniversary gift specially prepared for all true fans. From the reports so far, this smartphone comes with the same camera layout as Realme X50 Pro 5G. However, while the X50 Pro uses an AG frosting process body design, the Blade Runner uses a gradient colour design.

In addition to the Snapdragon 865 SoC, this new Realme phone will support dual-mode 5G (SA / NSA). It also comes with a quad rear camera setup and the main sensor may be a 64MP shooter. Other products that will debut at the conference include power banks, true wireless Bluetooth headsets and so on.