In recent times, there has been a preponderance of WiFi 6 routers. Over the past two months, Chinese manufacturer, Xiaomi, has released two WiFi 6 routers. Now, Huawei just announced a WiFi 6+ router via its Honor sub-brand. Earlier today, Honor’s official Weibo handle shared posters of some of its products including the Honor 3 Router. The company will unveil these products on May 18th. The other products include Honor Magicbook Pro, Honor 30 Fluid Illusion version, Honor WiFi 6 and 5G tablet, Honor X10 and more. 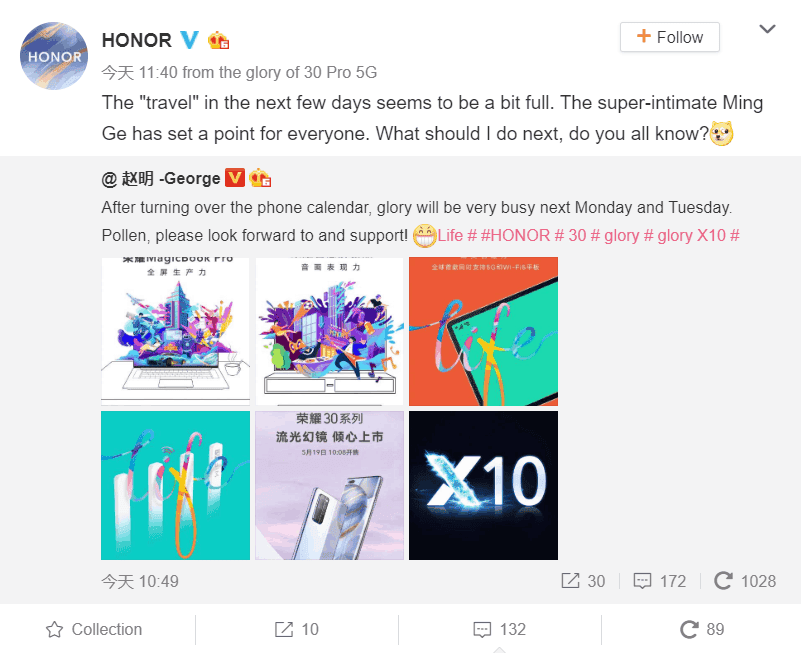 The upcoming Honor Router 3 will have 4 WiFi 6+ antennas. According to the company, the device will have the ability to penetrate thick walls. Unfortunately, this is about what we know regarding this router.

As the demand from users increases, the technology industry makes significant advancement. Earlier this year, the industry released the WiFi 6 standard which is an advancement from its predecessor. The popularity of WiFi 6 is increasing and most new flagship smartphone supports this standard. In addition to smartphones, other smart home appliances also support WiFi 6. The likes of routers, vacuum cleaners, and other IoT products now have WiFi 6 as a major selling point. 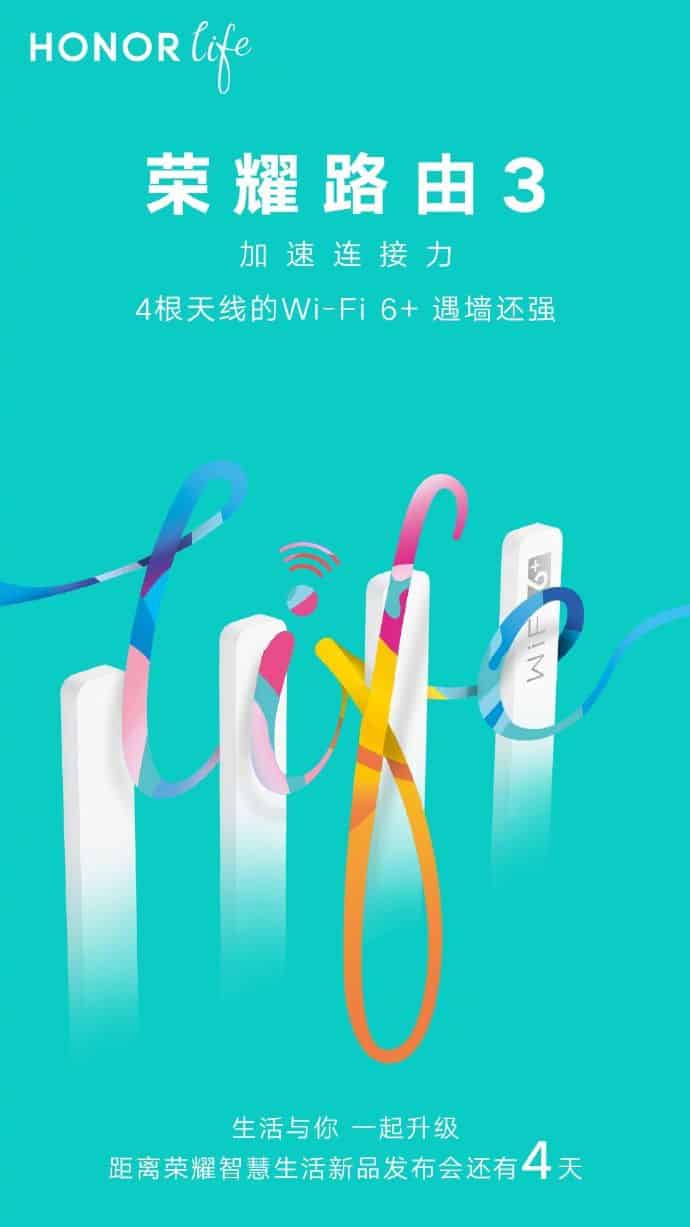 While we are still basking in the euphoria of the WiFi 6, there is already an improvement, WiFi 6+. Why is WiFi 6 quickly becoming popular? The answer to this question is obvious – Its bandwidth almost three times higher than WiFi 5. Furthermore, it can accommodate almost 4 times the number of simultaneously connected devices.

What do you think about the Honor router 3 (WiFi 6+ router)? Let us know your thoughts in the comment section below.