The devices with the code names M2004J7AC and M2004J7BC have been checked for performance by the Geekbench platform. These two smartphones are Redmi Note 10 and a more powerful version – Redmi Note 10 Pro. Both smartphones will run on a MediaTek processor and will offer support for 5G networks. 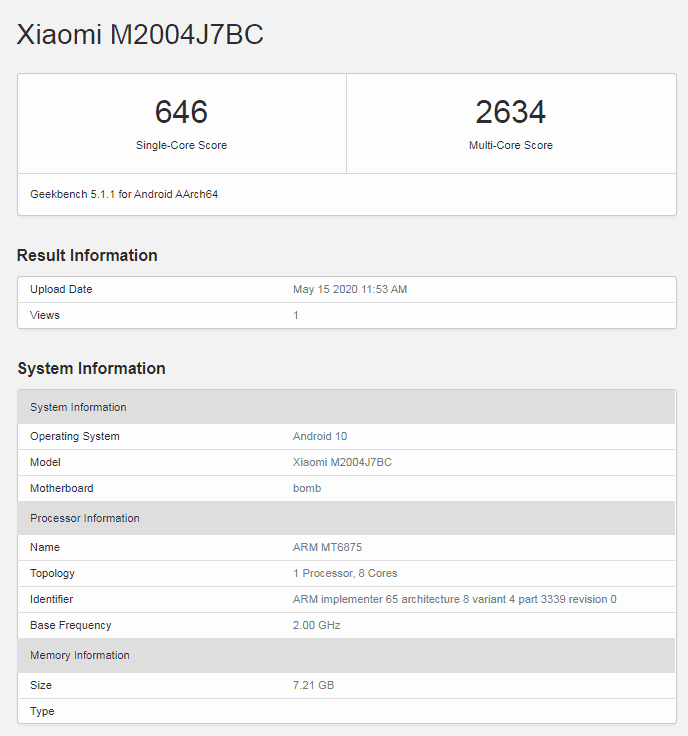 The performance of the devices has been tested up to 10 times, in almost every test, it achieved a result of 645 points in the single-core test and 2600 points in the multi-core test. The test result confirms that the device works under the control of Android 10 and tests were carried out on a model with 8 GB of RAM.

There is also information about the processor: ARM MT6875. Most likely this is a new SoC from the MediaTek brand that will be presented next week or together with the premiere of the Redmi Note 10 Pro – just like the Redmi K30 Extreme Edition. It will be an overclocked Dimensity 800 with the symbol + at the end or Dimensity 820, because it performs better than Redmi Note 10. 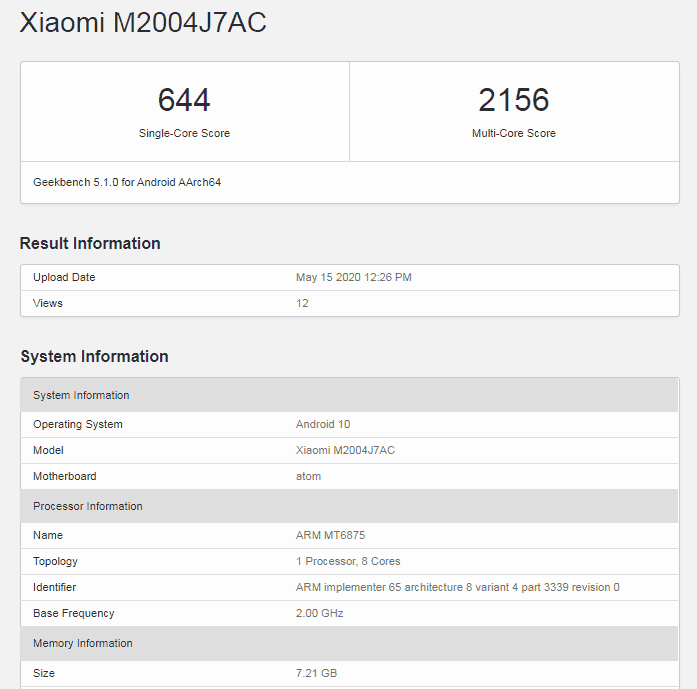 This time only one measurement was carried out and looks as follows. 644 points in the single-core test and 2156 in the multi-core test. The tested smartphone also had 8 GB of RAM and the Android 10 operating system.

The smartphone uses the same processor – MT6875. But looking at the results of both devices, in the multi-core test it loses a lot to its stronger brother – Redmi Note 10 Pro. Probably the device will be based on the usual Dimensity 800, without additional overclocking as in the Pro model.