Samsung unveiled the Galaxy A41 in March, however, due to the lockdown in Europe it took some time to reach some countries. Today, the new handset is finally making way to the Netherlands. The new handset will cost €299 in the country and customers interested can pre-book one at Samsung’s official Dutch site. The handset is available in Prism Crush Black, Prism Crush Blue, and Prism Crush White color options.

As per specifications, the Galaxy A41 is one of the few Galaxy phones to not come with Samsung’s Exynos chipsets. Instead, we have MediaTek’s Helio P65 SoC giving all the horsepower. The handset is available in a single option with 4GB of RAM and 64GB of onboard storage. However, users can expand this amount with a dedicated microSD card slot for up to 512GB cards. 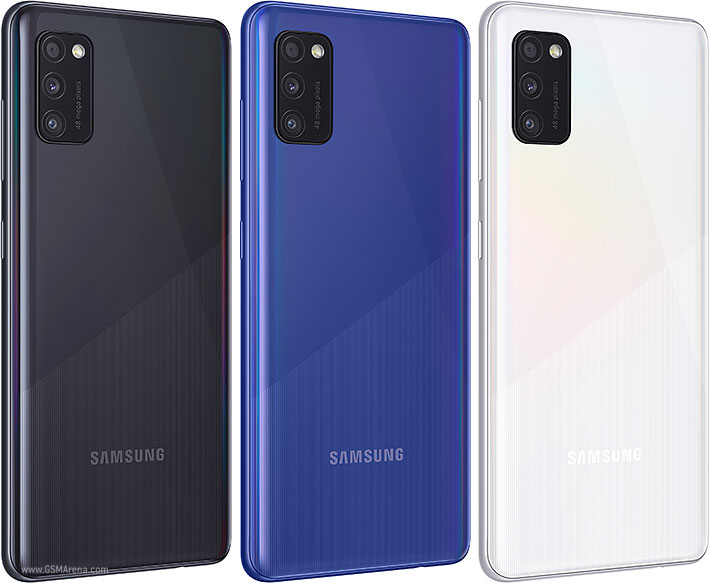 These specifications are built around a 6.1-inch Super AMOLED Infinity-U display with FHD+ resolution. Interestingly enough, this handset comes with an under-glass fingerprint scanner. The U-shaped notch serves as a house for a single 25MP selfie snapper. Moving around to the back, we have a triple-camera setup comprising a 48MP main, 8MP Ultra-Wide, and 5MP depth sensors.

On the software front, we have Samsung’s One UI 2.0 running above Android 10. The handset draws power from a 3,500mAh battery which charges at up to 15W fast-charging. It’s a moderate battery, so we believe that the 15W will charge it fastly enough.