Back in the last week, Realme has revealed two new smartphones for the Indian market – Realme Narzo 10 and Narzo 10A. These devices finally reached the market after several delays caused by the ongoing COVID-19 pandemic and the country’s lockdown policies. Today, the Realme Narzo 10 went on its first sale in India and it’s a hit! According to the brand manager, over 70,000 units were pushed in “under 128 seconds”, which is 2 minutes and 8 seconds.

The speed worthy of the World's fastest growing smartphone brand. Thank all the young players for choosing #realmeNarzo10. More Power to you guys.

Apparently, the new mid-range phone will be another of Realme’s greatest hits in the country and we can understand why. Under the hood, the Realme Narzo 10 packs a MediaTek’s Helio G80 SoC coupled with 4GB of RAM and 128GB of internal storage. These specifications are built around a 6.5-inch display with HD+ resolution and a waterdrop notch at the top. On the back, the handset sports a Quad-Camera combo led by a 48MP shooter. 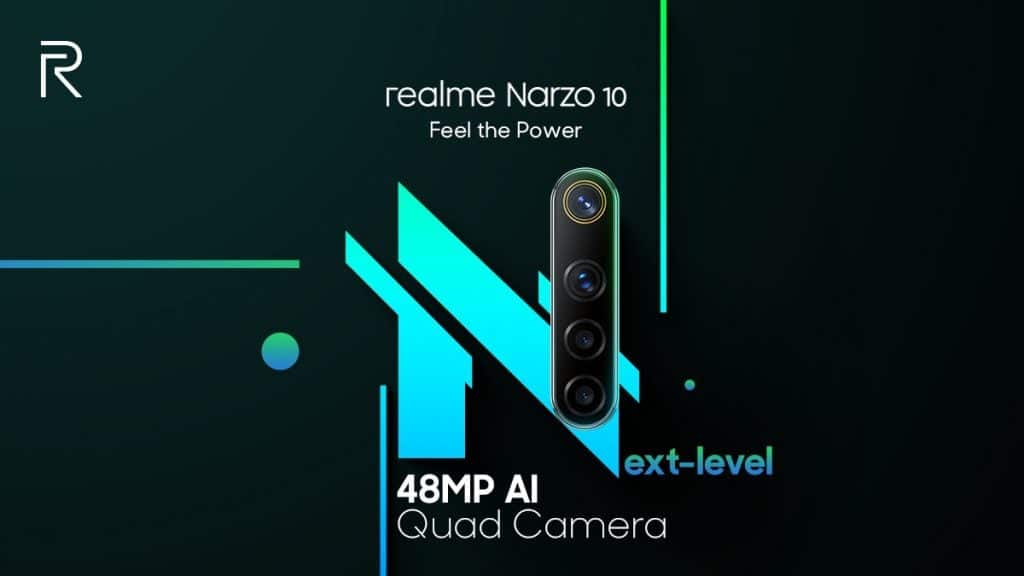 Of course, one of the main selling points is on its 5,000mAh battery that charges with 18W fast-charging. It may be enough to supply the 12nm chipset and HD+ display during two days of usage. Other features include a rear-mounted fingerprint scanner and a triple-tray for Dual-SIM + microSD card. Last but not least, the handset ships with Android 10-based Realme UI straight out the box.

That’s an impressive package of specifications for just INR11,999 ($158). As a result, it’s selling like hotcakes in a cold day. The company will perform another flash sale in the coming days. Worth noting that there’s an even cheaper Realme Narzo 10A which basically is an upgraded Realme C3 with three-cameras and MediaTek Helio G70. This one will hit the shelves on May 22.