Facebook Messenger welcomes a new practical feature that aims to protect its users from dangerous profiles. Alert messages will now warn them in case of exchanges with potentially malicious people. “Too often people chat with someone online they think they know, when they are scammers” said Jay Sullivan, product safety manager at Facebook. “These fake accounts are difficult to identify and the consequences can be expensive”.

Two types of profiles are targeted by this new feature: scammers who identify their victims through the social network on the one hand, but also perverts who seek their prey on Facebook Messenger, and in particular the most vulnerable are children.

How does the platform intend to identify dangerous people? Some users will worry about their privacy. But Facebook ensures that its new tools will preserve the confidentiality of messages, especially since the social network intends to soon activate end-to-end encryption by default which is already available via the option of secret conversations.

Facebook Messenger now alerts you when you chat with scammers 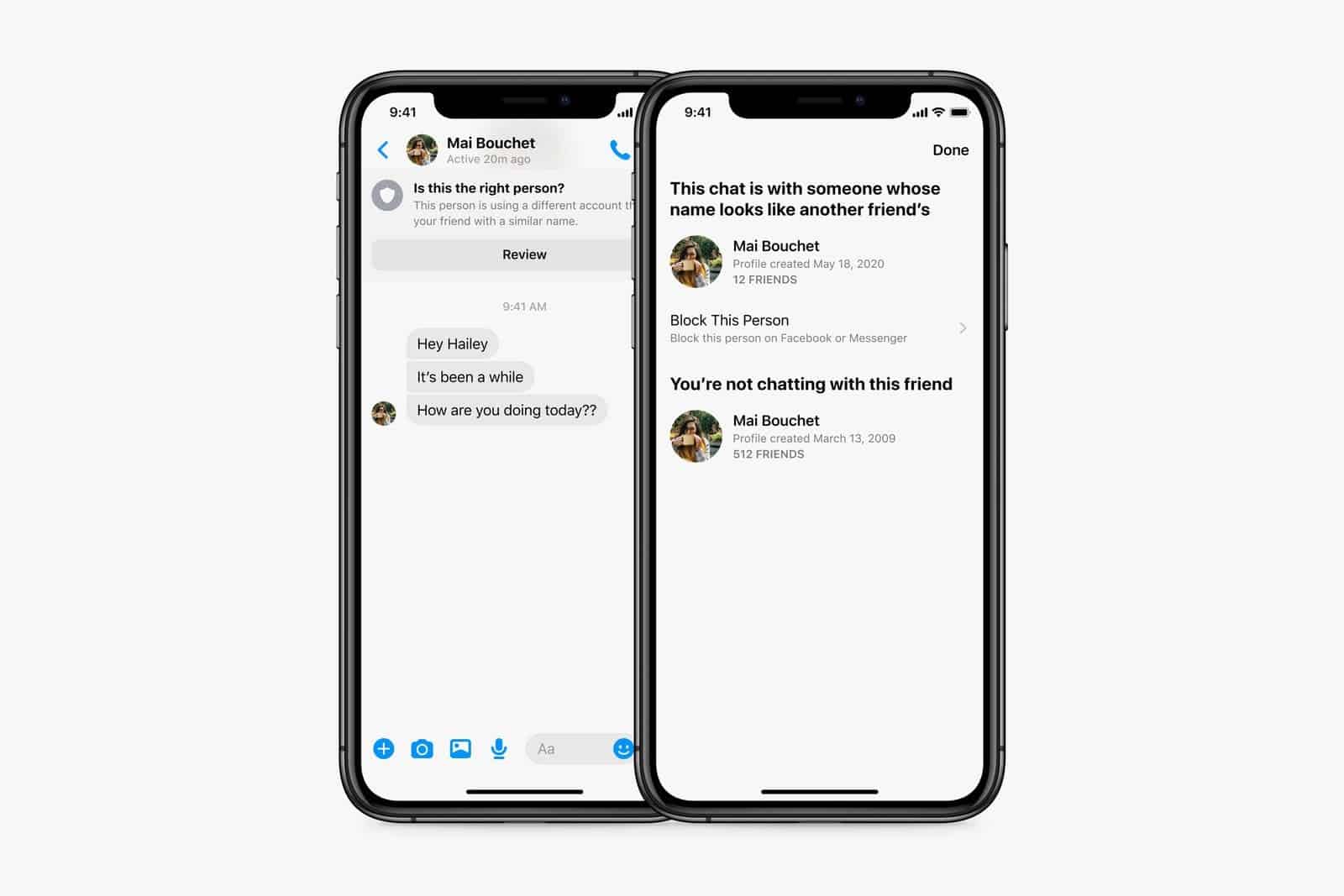 “To prepare for end-to-end encryption, we are investing in tools like this one, which protect people’s privacy without reading messages, ” said Jay Sullivan. This feature “will help millions of people potentially avoid dangerous interactions and scams, without compromising their privacy”.

To achieve this, Facebook uses a system of metadata analysis and behavioral models based on artificial intelligence and machine learning. One example among others: the identification of questionable profiles on the basis of sending mass messages or invitations. The functionality is already available on the Android version of Facebook Messenger since March and is now arriving on iOS.

It is worth to mention that recently, Facebook officially announced the global rollout of Messenger Rooms functionality. The special feature of Messenger Rooms is that it allows you to make video calls of up to 50 people. Facebook members can create chat rooms and share the link of the rooms with specific people. They can share it in private messages or more generally via a public publication.

Another particularly of Messenger Rooms: it is not necessary to have a Facebook account to join a conversation. You just have to open the link from a web browser. Several features are available in conversations, including filters, adding a theme or 360 ° backgrounds.

Regarding confidentiality, Facebook ensures that neither the audio nor the videos of Rooms will be used for advertising purposes. Note, however, that end-to-end encryption is not present.