Back in the last month, Motorola has finally taken the wraps off its new flagship Motorola Edge+ and an upper-mid-range counterpart dubbed Motorola Edge. However, these weren’t the only devices planned in the company’s Q2 2020 schedule. According to reports, the company is also planning two new devices dubbed Motorola One Fusion and Fusion+. While Motorola is yet to give us any official position about the two devices, YouTube has pretty much revealed the key specs and the release date of the Motorola One Fusion+.

The video streaming platform has listed the Motorola One Fusion+ on its Device Report site with the Snapdragon 730 SoC. This contradicts last month’s leak that was pointing a Snapdragon 675 SoC at the helm. It’s not a surprise, after all, Motorola is known for sticking with last-gen SoCs for its mid-range devices. The new handset will come in a 6.5-inch form factor, the display has FHD+ resolution and probably is an LCD panel. Moreover, the device ships with Android 10 straight out of the box and draws power from a 5,000mAh battery.

The listing states that the new phone will go official in June 2020, but fails to give us any specific date. It’s safe to assume that the One Fusion will arrive alongside its sibling. Interestingly enough, YouTube’s listing also shows an image of a Motorola smartphone. However, it’s not the Motorola One Fusion+ but the Motorola Edge that launched last month. Despite this, it’s important to note that the Edge’s listing reveals an image of an unknown smartphone, which could be, in fact, the One Fusion+. Perhaps, YouTube has mistakenly swapped the picture of both handsets. 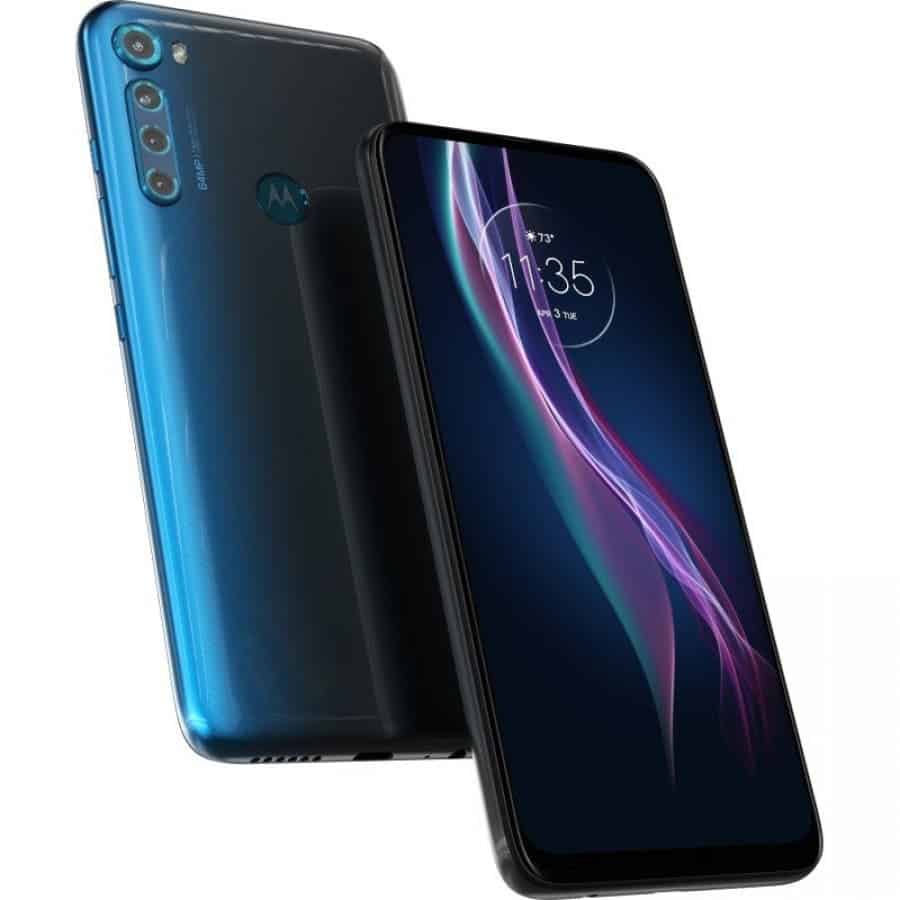 The image possibly gives us the best look yet in the unreleased smartphone. The device sports a Quad-Camera setup on the back with a 64MP unit leading the show. Moreover, it has a rear-mounted fingerprint scanner, which basically confirms our predictions of an LCD display. The smartphone has a USB-C port at the bottom and interestingly enough, keeps the 3.5mm headphone jack safe. Apparently, the device has a pop-up camera mechanism, since there’s no notch or punch-hole in this display. The power button and volume rocker appear in the right side of the smartphone. There’s a third button, but we can’t determine its purpose.