Since the popularization of streaming services,  watching several movies or episodes of a show at once – binge-watching – has become quite common. However, according to a study the practice can make people more and more alert, damaging the quality of sleep. Among the growing portfolio of streaming services, we have Netflix which remains the leader in this segment. According to a study recently published by SleepStandards over 74.98% of Netflix, users don’t have enough time to get at least 7 hours of sleep every day.

During this month, the research company surveyed 1,032 respondents across the United States to understand how Netflix affects their sleep. The results revealed interesting data from factors that are preventing Americans from a good night’s sleep to a “healthy” Netflix routine.

As aforementioned, SleepStandards surveyed 1,032 people in Uncle Sam, ranging between the ages of 18 and 79. The company asked about their sleep and Netflix routines. The results revealed that up to 99.1% of Americans have a Netflix account and are using it to watch movies or shows every day. This translates in over 1,023 people from the 1,032 that participated in this survey. 50.7% of them were male, while 48.9% of them were female. The remaining respondents were identified as “other”. Moreover, the research states that Millenials are most likely to watch Netflix, representing 60.1% in the research. They are followed by Generation X with 22.1%, Generation Z with 10.9%, and Boomers 6.6%.

Which Room is the most popular to watch Netflix in

The survey also asked the respondents which are their favorite places, at home, to watch Netflix. According to 50.8% of the respondents, the best place to watch the streaming service is in the bedroom. However, 40.3% believe that the living room is the best place. Only a small part of 4.9% of respondents said that they prefer to watch in the office or other unusual places like the bathroom and kitchen.

One of the main challenges among the respondents and overall Netflix users is how to deal with the need for sleep. Yeah, that may sound weird, but the big majority of users prefer to sacrifice some good sleeping hours to resume a movie or show.

According to the research a small part of Netflix users is sleeping more than 7 hours. The sleep requirements vary slightly from person to person, however, most healthy adults need between 7 to 9 hours of sleep per night to function at their best. Children and teens need even more. Despite the notion that our sleep needs decrease with age, most older people still need at least 7 hours of sleep.

The research reveals that the major part of users is sleeping between 6 to 7 hours, which may be enough for some people, but what about 55.7% of the respondents? Around 14% is sleeping only 5 to 6 hours, while 1% of the respondents sleep less than 4 hours per day. Interestingly enough, the major part of users is watching Netflix for 1 to 2 hours per day, followed by another niche of users that watch it for 2 or 3 hours. Moreover, 82.39% of Millennials have admitted to binge-watching Netflix for more than 5 hours on occasion.

What are the consequences?

Of course, anything that need of watching Netflix for several hours during the day can be considered an addict by some users, as well as doing the same on other streaming platforms. The survey asked users if they have a sleep problem for binge-watching Netflix for hours and 46% of the respondents admitted that they experience sleep problems afterward.

According to a study from 2017 published in the Journal of Clinical Sleep Medicine, avid binge-watchers reported poor sleep quality, increase fatigue, and more insomnia symptoms. Michigan State University researchers associated binge-watching with other poor lifestyle choices such as opting for unhealthy meals, snacks, and sedentary behaviors. 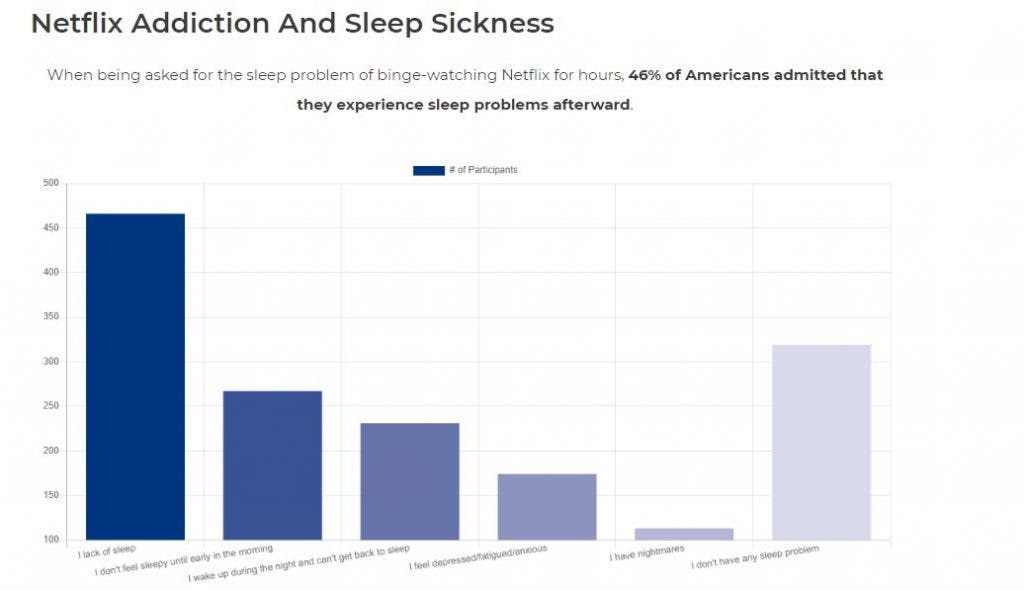 SleepStandards, then, proposed a list of possible “solutions” the respondents can take to help with the sleep problems caused by binge-watching activities.

It’s important to take in mind that moment that the world is passing right now. With the ongoing COVID-19 pandemic, a large part of users is staying at home to avoid contamination with the virus. Countries are passing through Lockdown periods as well. One of the ways to kill time during these days is to watch streaming platforms. After all, they’re good enough to distract us a little bit of the hard reality. The research also asked users what they prefer to do during the quarantine. 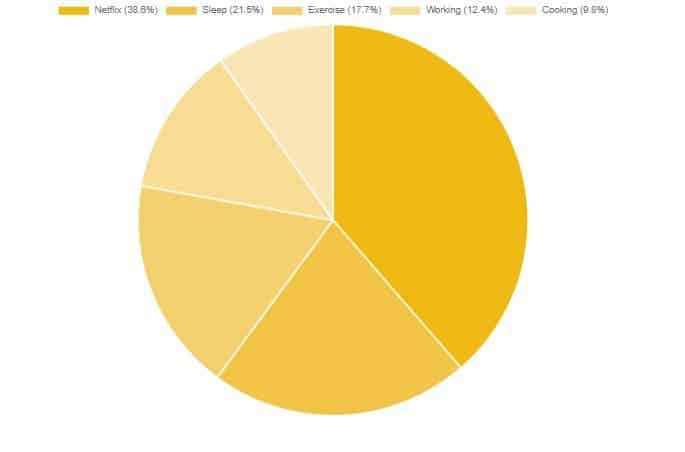 The research also determined which are the Top Binge-Worthy Netflix Shows making people lose their sleeping times during the ongoing pandemic. Interestingly enough, the largest part of American users is killing time on Netflix watching more about the Coronavirus. So the distraction, the theory doesn’t seem to be taking place in the United States. 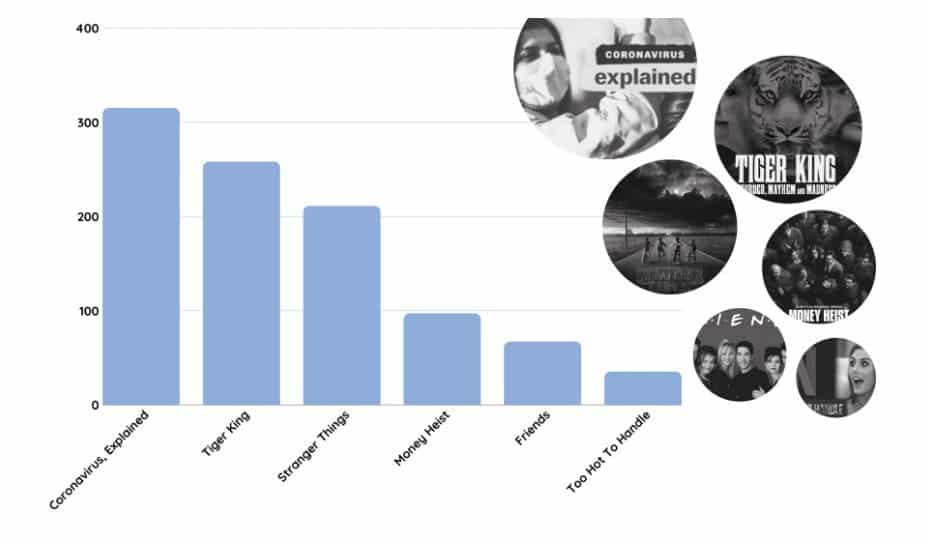 SleepStandards has made an attention-checker question to ensure that the participants did not mindlessly answer questions. Of course, the survey relies on self-reporting, and issues with telescoping and exaggeration can influence response. Apart from that, it’s interesting to notice how Netflix as well as other streaming platforms are affecting our sleep. Moreover, it’s curious to see how the Millenials are mindlessly wishing to sacrifice sleeping times in favor of more hours to binge-watch Netflix.

The streaming services have been experiencing a huge demand these days with more people staying at home. The question that remains to be answered is how this will change in the coming days. Moreover, the portfolio of streaming-services is only growing by the days, in a few years, we’ll have several new platforms in this competitive trend. In the future, we’ll probably see more and more people sacrificing sleeping time to keep watching these streaming services.

Are you an avid user of Netflix and other online streaming platforms? What do you think about binge-watching practices? It’s okay to sacrifice some sleep hours or adjust your sleeping schedule to keep watching movies and shows consecutively on Netflix? Leave your opinion in the comments section below.

You can check the entire study through the source link below.

Previous Huawei's order with MediaTek increases by over 300%