ARM decided to take the wraps off its new high-end CPU core designs today. These new designs will be present in 2021 flagships. The company unveiled evolutionary updates in the form of the Cortex-A78 and the Cortex-X1. Both will represent a massive bump in performance and efficiency when compared to the current generation.

The Cortex-A78, obviously, will succeed in the flagship core on ARM’s portfolio – Cortex-A77. The Cortex-A78 can offer 20% more processing power, however, it consumes the same amount of power of the current generation. In certain tasks, it may consume 50% less, delivering the same CPU performance which is awesome. 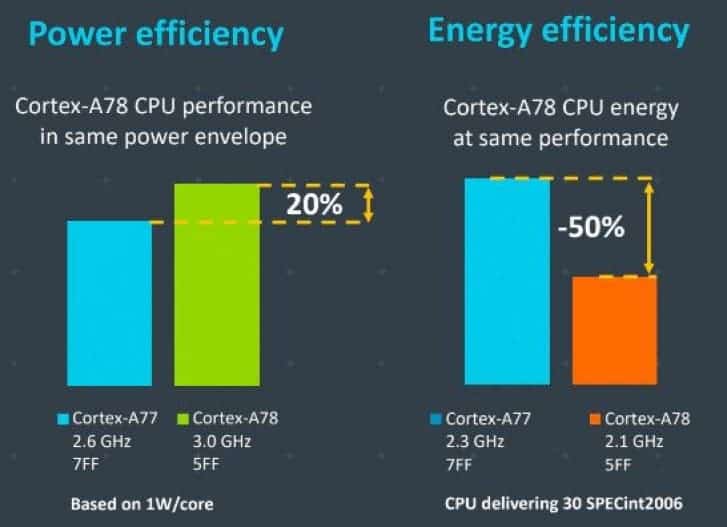 Another interesting point is that the new Cortex-A78 takes 15% less space than its predecessor in an Octa-Core chipset with 2 x Quad-Core design. Talking about Octa-Core designs, they should keep the big.LITTLE setup in 2021. ARM didn’t announce a new high-efficiency core to replace the current Cortex-A55, so we should see more of them in 20201. Unless that a new Cortex-A56 gets a late release this year. 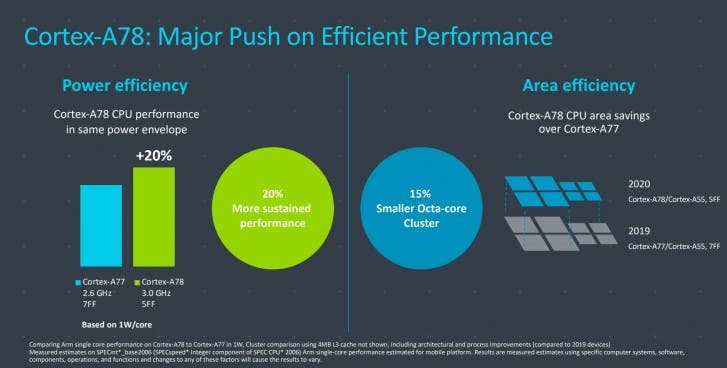 The Custom X1 is the big news here. It’s a new custom line of CPU cores that are all about performance. The new core design comes from ARM’s CXC program. In this program we see ARM collaborating with some of its partners to develop new custom cores. When it comes to its main focus – performance – the X1 doesn’t disappoint. It offers a 30% higher peak performance than the Cortex-A77. Moreover, it’s 23% faster than the new Cortex-A78 at integer calculations. 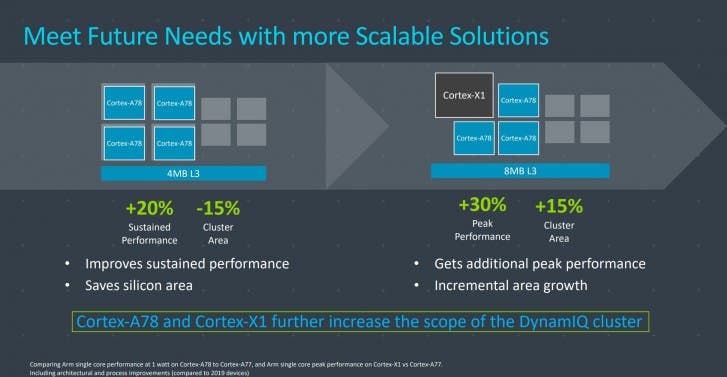 Of course, such performance comes at a cost. The new Cortex-X1 is more power-demanding than A78. Moreover, it also takes more space than the standard core. However, we don’t think that chipset makers will be using multiple Cortex-X1 cores in a single CPU. For instance, companies can combine a single Cortex-X1 with three Cortex-A78 in a Quad-Core cluster for demanding tasks. However, we’re not discarding a cluster entirely made of Cortex-X1 cores for “extreme performance no matter the cost”. We can see that coming in some game-centric chipsets.

Since we’re talking about gaming chipsets, then it’s important to note that the company also revealed two new GPUs – Mali-G78 and G68. The G78 still comes with the Valhall architecture of the Mali-G77, however, it’s 25% faster in specific scenarios. Moreover, it supports up to 24 core designs. Talking about games, the GPU can deliver a 17% performance increase. It’s natural to see such evolution considering how games are becoming more demanding and how the whole trend of gaming smartphones is affecting the market. The Mali-G68 probably will take the affordability value in consideration, it supports fewer core designs and is smaller and more efficient.

Next Samsung's Next Galaxy Watch Gets 3C Certification, Inches Closer to Launch