Sensor Tower is one of the best known mobile application analysis companies in the field. It recently said that TikTok and its Chinese version Douyin have generated nearly 315 million downloads worldwide in the first quarter of this year.

The use of social networks has reached records since the beginning of this year. In April, TikTok and Douyin reportedly generated nearly $78 million in the App Store and the Google Play Store. They then placed themselves at the top of the world ranking of mobile applications for the revenues of April.

The data provided revealed that 86.6% of the revenue comes from the Chinese market, while 8.2% comes from the American market. However, they are not the only applications affected by this increase in use. 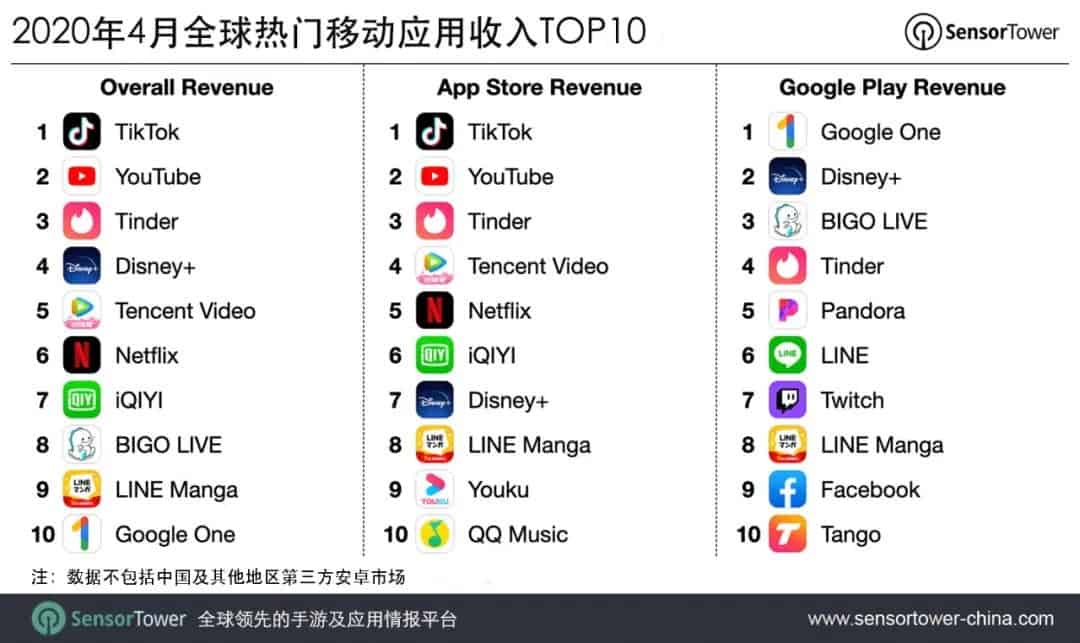 YouTube is in second place in the ranking with almost $76 million generated. The application has grown by 56% compared to last year. 56.4% of this figure would come from American users and 11% would come from the Japanese market. Without forgetting Tinder and Netflix which are also in the top ten, but with a model based on the subscription.

However, the data provided by Sensor Tower does not take into account the income linked to advertising or affiliation. The published revenue would therefore only include that generated by in-app purchases in these applications. This makes TikTok and Douyin an income machine for ByteDance.

The positive influence of COVID-19 on the popularity of applications

During this confinement period, the revenues of TikTok and Douyin increased significantly. Video sharing applications are becoming more and more used especially during this pandemic. In addition, television icons and other celebrities from many countries have taken over these applications in order to keep in touch with their fans and audiences.

According to forecasts by Emarketer, a digital market research company, more than 75 million American users aged 14 and over will make at least one purchase on an application in 2020. This figure is equivalent to an increase of 17.3% more compared to 2019 figures.

It is worth to mention that recently, there was a battle between TikTok and YouTube video platforms. The Chinese social media is breaking records continuously and this isn’t pleasing YouTube fans. In a new advancement, TikTok & YouTube users are giving 1-star reviews to each other’s app in the Play Store. Everything started with YouTube’s controversial decision of deleting the viral video of Carry Minati’s “YouTube vs TikTok – The end” in which he roasted the Chinese social media.

Next Specs of the ELEPHONE E10 Pro finally revealed