Donald Trump should sign a decree this Thursday modifying a law that previously protected social media operators from liability for content posted by their users.

The move follows threats from the President to regulate or shut down social networks accused of trying to stifle conservative voices. This comes after Twitter posted a warning to urge users to check the veracity of Donald Trump’s messages.

The current White House tenant, who is running for a second term in November, considers this warning to be interference in the presidential election to which he will be opposed to Democrat Joe Biden.

The draft decree, confirmed by a source close to the situation, could still be modified before it was signed. Representatives of the White House said on Wednesday that Donald Trump will sign a decree on social media operators this Thursday. 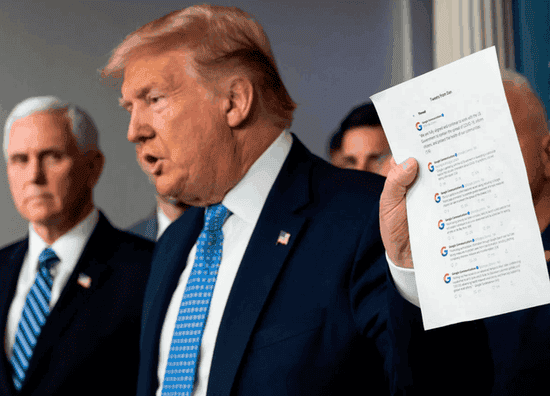 The decree would modify section 230 of the Communications Decency Act. It’s a federal law exempting online platforms like Twitter, Facebook from responsibility for the content published by their users. Online platforms could thus be further prosecuted in the context of the published content.

Concretely, the Federal Communications Commission (FCC) would now be forced to check if a social network uses political bias to moderate content. And if this is incompatible with its conditions of service.

The draft decree also indicates that the pole of the digital strategy of the White House will again set up a tool to help citizens to report cases of censorship online.

This tool will collect complaints about online censorship. In addition, it will submit them to the Department of Justice and the Federal Trade Commission (FTC).

It will require the FTC to study possible measures. In addition, it will determine if the complaints break the law. Then, they will prepare a report describing these complaints and make it public.

The draft decree also obliges the attorney general to create a working group comprising attorneys general of the different states. It will examine the application of state laws prohibiting online platforms from engaging in unfair and deceptive acts.

The task force will also review or create user watchlists based on their interactions with content or other users.

Federal spending on online advertising will also be scrutinized by US government agencies. This way, they will ensure that there are no restrictions on speech by the platform involved.

Next OnePlus 8 Series Indian Launch Pushed Back Yet Again, This Time Indefinitely