This month, Samsung introduced its Exynos 880 chipset. It’s the company’s solution for bringing 5G smartphones at a more affordable price tag. The new chip was specifically designed for mid-range 5G smartphones. It’s quite an advanced chip made on a power-efficient 8nm process. However, it wasn’t the only chip introduced this month. The company also revealed the Exynos 850 SoC but didn’t make much buzz about it.

Perhaps, the company decided to keep a low profile for the Exynos 850, this way, customers will be paying more attention to its 5G offering. The race for the new network is getting more competitive every day with companies like MediaTek testing the limits of affordability. Samsung had to reveal its 5G chip offering, after all, the company can’t lose space for other players that are betting high on the new network. But this doesn’t mean that the company won’t keep exploring the 4G-only market. 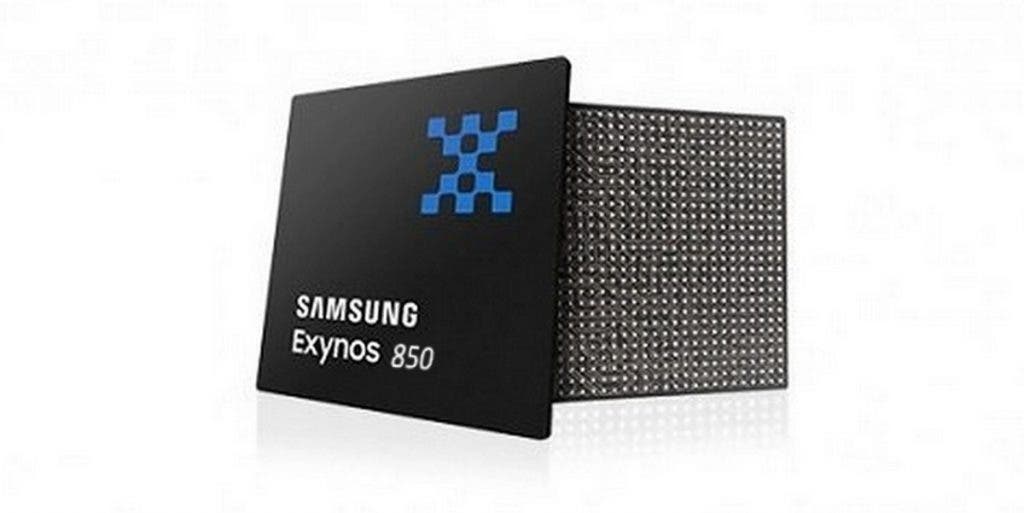 That said, the Exynos 850 is a budget-friendly chipset that offers good performance. The chipset is made on the very same power-efficient 8nm LPP process of the 880. It offers more performance at a lower battery cost. The system-on-chip has a 2GHz Octa-Core processor featuring eight Cortex-A55 cores. We can see why it’s aimed at the budget offering here since it lacks a more powerful Cortex-A76 core. The graphical tasks are ensured by the Mali-G52 GPU. The 850 also offers support for LPDD4X RAM and eMMC 5.1 storage. Those standards aren’t far behind what we have in flagships, but most of the mid-range phones are still shipping with them. The chipset offers Cat.7 LTE connectivity.

If we compare this chipset with MediaTek’s Helio G70, the G70 delivers more performance, at least on paper, thanks to its two Cortex A75 cores. However, Samsung’s chip is more power efficient due to the 8nm process (Helio G70 is using 12nm). The first device to boast Samsung’s latest offering for the budget line is the Galaxy A21s. We believe that the list of devices using it will keep growing as more A and M devices should be revealed in the next months.

Next Google Pixel Buds 2 users are suffering with audio issues