The good news about Wi-Fi 6E is that it offers an extended use of the 1,200MHz spectrum. That’s a significant increase over what is already available. Moreover, it’s a fresh spectrum as there are no legacy devices getting in the way. It can fit seven 160MHz channels, while the 5GHz band only has room for only two. 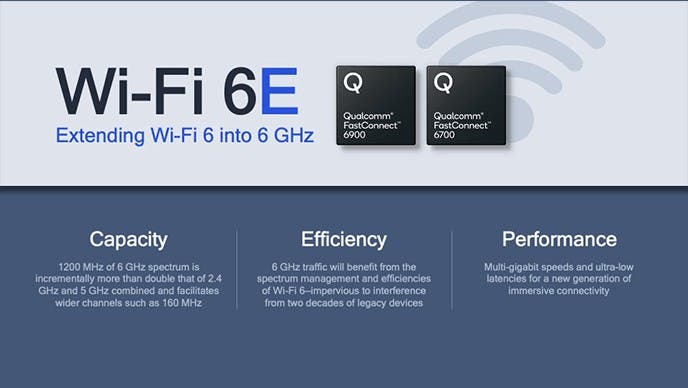 Despite the extensive advantages given by 6GHz, the company wants to ensure stable 5GHz support with the new modems. The FastConnect 6900, for instance, has a 4-stream (2×2 + 2×2) Dual-Band Simultaneous Operation. In other words, it’s able to combine a 2×2 6GHz connection with a 2×2 5GHz connection. The result is a peak speed of over 3.6Gbps, comparable to 5G. The FastConnect 6700, unfortunately, lacks the DBS feature. However, it can still reach peak speeds of 2.9 Gbps.

Qualcomm promises a very latency with the new Wi-Fi 6E. According to the company, it’s around sub-3 ms, that’s a great improvement for wireless devices like VR and AR headsets, further improving and consolidating the stability of these products. One of the reasons behind these advantages is that 6GHz is free from interference. The second is that Qualcomm has implemented its technology to reduce the latency.

All the improvements for Wi-Fi are a good find, however, they aren’t the only improvements in the new modem. Of course, there’s also a bump in the Bluetooth technology. Both FastConnect chips come with Bluetooth 5.2 support and support Dual Bluetooth Antenna configurations. This way, users can experience improved gaming thanks to the reliability and speed given by this technology. Of course, it also offers improvements for the audio quality with the aptX Adaptive. According to Qualcomm, the audio can go up to 96 kHz. As a result, it may ensure that TWS headphones can deliver the same audio quality seen in wired headsets. 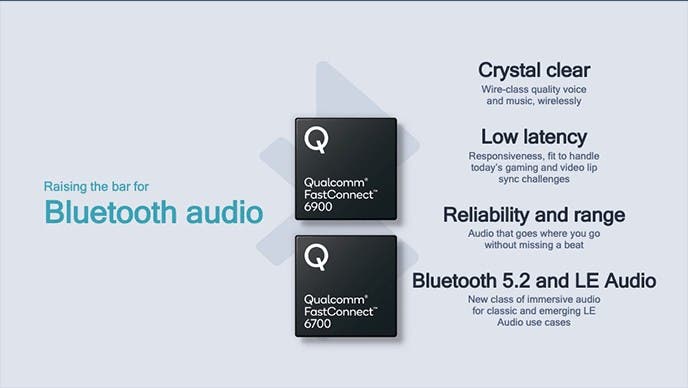 The North-American chipmaker states that the first units of 6700 and 6900 will be given to manufacturers later this year. So don’t hold your breath for them, after all, the first smartphones using them are expected for early 2021. Moreover, you’ll need to adapt your router, since it needs to offer Wi-Fi 6E support.

Next Graphic tablet BOSTO 16HD and more on Aliexpress sale