Google is quite notorious for scrutinizing the apps on the Google Play Store. Only recently, the company removed an app that seems to target Chinese apps. Now, there are reports that Google has removed Mitron, an application called “Tiktok of India”, from its Play Store. “Mitron” actually means “friend” in Hindi. The application is also a short video application that has 5 million downloads in less than a month. According to a report from CNBC-TV18, all source code of Mitron application, including a full set of functions and user interface, was purchased from Pakistan software developer, Qboxus, for $34. 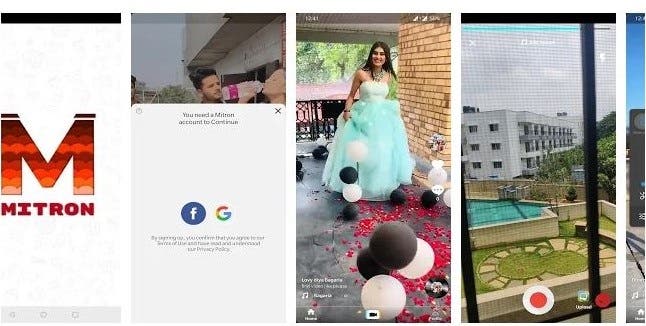 The reason Google removed the app is that it violates the “junk apps and least features” policy. Under the policy, the application should provide basic functionality and respect for the user experience for the user. Another provision of the policy refers to “duplicate content,” which means that “copying content from other APPs without adding any original content or value” amounts to a violation.

At present, the application is still suspended in the Play Store. However, if the developer believes that the application meets basic policy standards, it can appeal to Google.

In recent times, Indian users seem to have a thing for short video creating apps. Indian users are the top users of the Chinese app, TikTok for May 2020. Despite the controversies and accusations surrounding this company, it is still doing very well in the market. According to Sensor Tower statistics, TikTok (a short video making app) is the world’s most downloaded application (non-game) in May 2020. For May 2019, this app has about 111.9 million downloads. This is over twice the number of installs it got in May 2019.

According to statistics, the country with the most installed TikTok apps in May is India. Of the 111.9 million downloads, India accounts for over 20% of the total downloads. Despite several warnings from top U.S. officials, the United States still accounts for 9.3% of the total TikTok downloads. From the perspective of mobile phone systems, TikTok ranks first in Android downloads in May. However, for the iOS system, it ranks second, behind online meeting software, Zoom.

If you already have the Mitron app on your phone, you can still continue to use the app. However, if you seek to download this app, you certainly can not get it from the Google Play Store for now. The best bet will be to search for a user with this app who will then transfer it to your device.