Huawei seems to be preparing a new low-cost tablet. The novelty will be called the MatePad C3, and rumors attribute it a price of $ 225. The device became known thanks to advertising images that hit the Web.

They indicate that the tablet will have an eight-core platform, a 5100mAh battery and, apparently, metal back cover. The design of the tablet is the same as previous models. Huawei is preparing another inexpensive tablet.

There is also information about the presence of an eight-inch HD screen, MediaTek MT8768 SoC, cameras with a resolution of 5 and 2 megapixels, as well as 3 GB of RAM and 32 GB of flash memory. But this data is not on advertising posters, so it is worth treating them with a share of skepticism. On the other hand, they look as plausible as possible, except that the price with such specs seems to be too high.

Actually, the tablet could not be all new. These rumored specs are identical to the specs of the recently announced Huawei MatePad T8. Huawei could be planning to launch the MatePad T8 as Huawei MatePad C3 in China.

Recall that Huawei MatePad T8 is priced at around $140 in the global market. 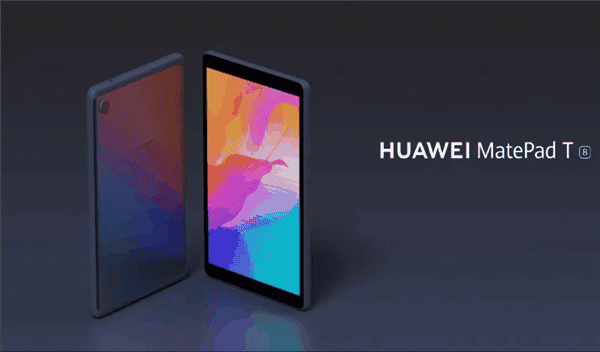 Huawei is delivering EMUI 10.1 update to these 36 smartphone and tablet models

Chinese manufacturing giant, Huawei, is quite good with updates for its smartphones and tablets. Its latest update, EMUI 10.1 has been around for some time. Many Huawei and Honor devices already have the beta version of this update. A couple of weeks ago, the company announced that EMUI 10.1 beta was available for 15 Huawei/Honor devices. After that, the company showed that 13 Huawei/Honor devices are now receiving the stable EMUI 10.1 update. Now, the company has confirmed 36 Huawei and Honor models in plans to get the update. Some of these models have already received the stable or the beta version of the update. However, the other devices should get it in the coming weeks.

Next Google Camera 7.4 gets new 8x zoom and recording modes