Oppo announced the new iteration of ColorOS 7 yesterday at the Reno 4 launch in China. Oppo seems to have emphasized more on the camera app and AI improvements in the new version. The updated ColorOS 7.2 version has a bucket load of new features including the super night video mode, power saving, AI Repair, and more. 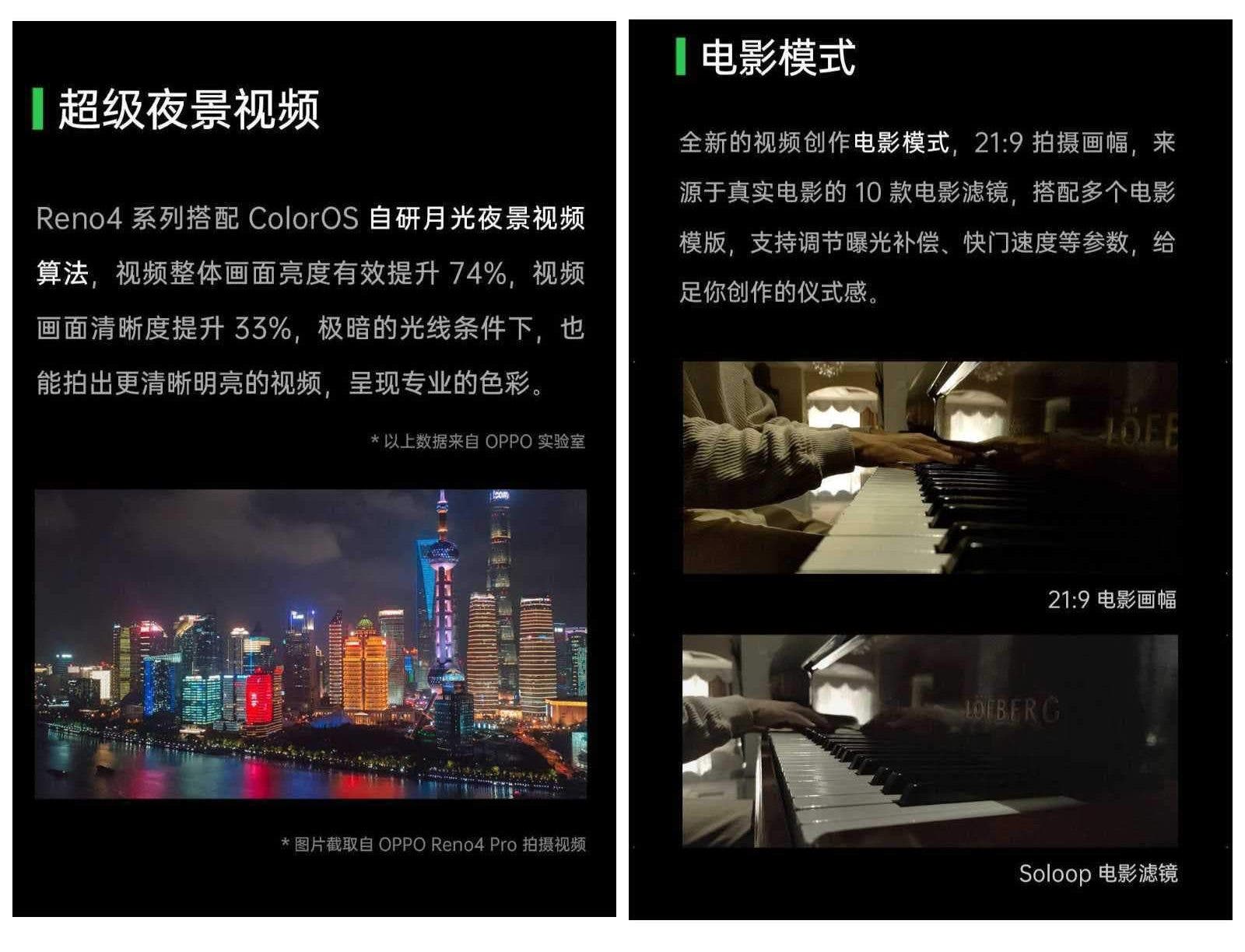 Oppo says that the new ColorOS 7.2 will come equipped with a super night video mode. It claimed that the new automatic moonlight video algorithm will increase the overall brightness of a video.  It will be hiked to 74%, in turn increasing the footage clarity by about 33%.

The company also said that the new camera app, when combined with the Reno 4 series, can shoot under extremely low light conditions. This will give clearer, brighter videos with accurate colours.

The all-new movie mode will add the support of 21:9 aspect ratio to videos. Along with the new resolution, the presence of more than 10 movie filters with multiple pre-loaded movie templates will give the users a real sense of cinematic creation.

Further, Oppo added that this new model will also allow users to adjust shutter speed along with the exposure compensation. A few other parameters will also be tweakable to make the recording simpler. 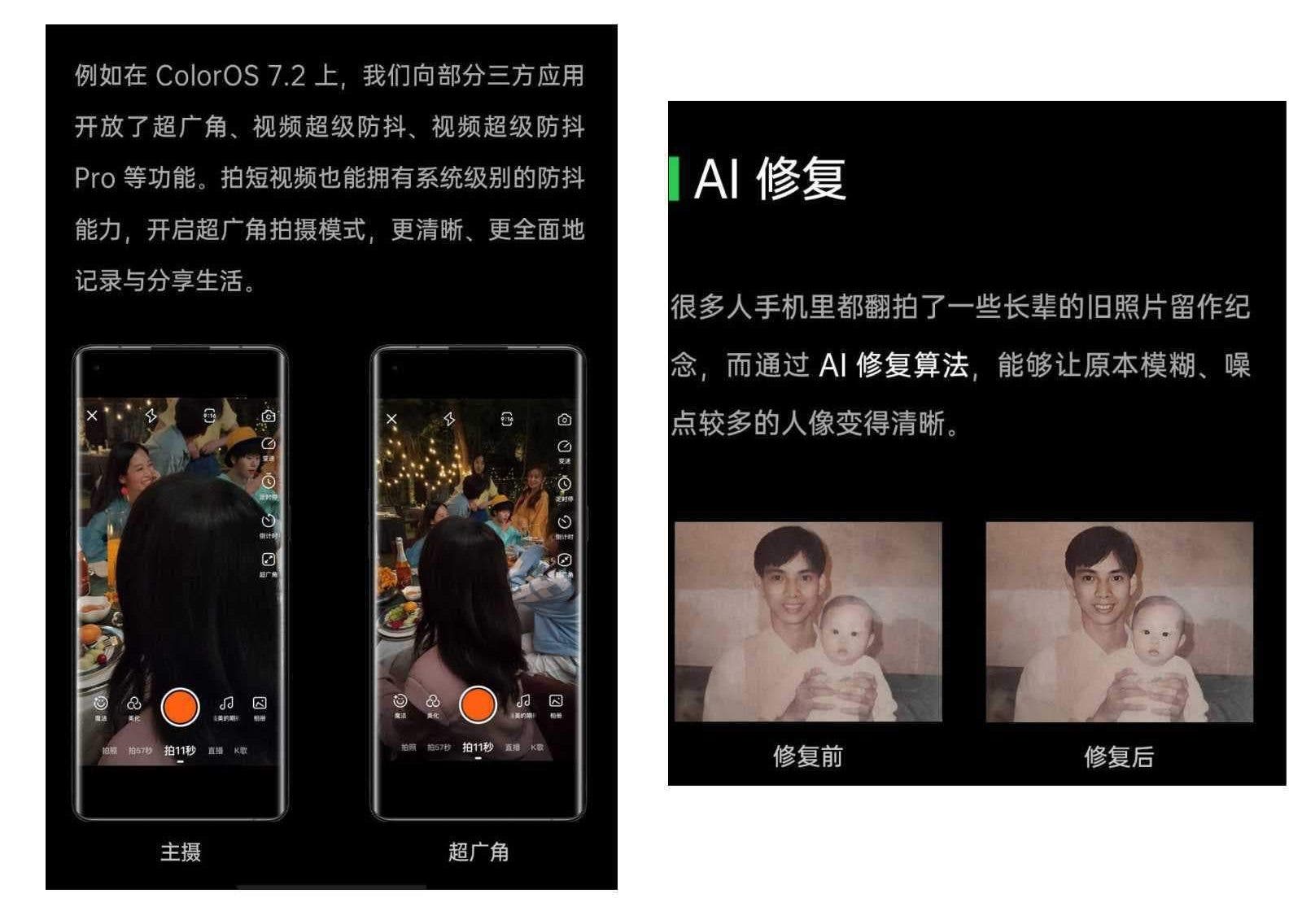 Oppo is one of the very few companies to allow third-party to access the software development kit. It also allows continuing to use the stock camera app’s features. The company has continued the trend with the new ColorOS 7.2.

Oppo said that with the new SDK version, it has opened access to the super wide-angle mode, Anti-shake mode in the video to third-party applications.

The company hopes that the access to the stabilization features like super-steady mode will enable third-party applications to shoot clearer videos.

4. AI repair on the Camera app

Oppo also emphasized on the application of AI in improving blurry old pictures. It said that users who have the habit of clicking pictures of older photos for memories can now improve the originally blurry and noisy portrait images to be more clearer with the help of AI.

Oppo seems to have improved the response of AI on the new ColorOS 7.2. The company said that the updated algorithm reacts to your daily usage habits, predicts trends and even pre-launch certain applications when you need them. It also mentioned that the new AI will greatly improve app start-up times. 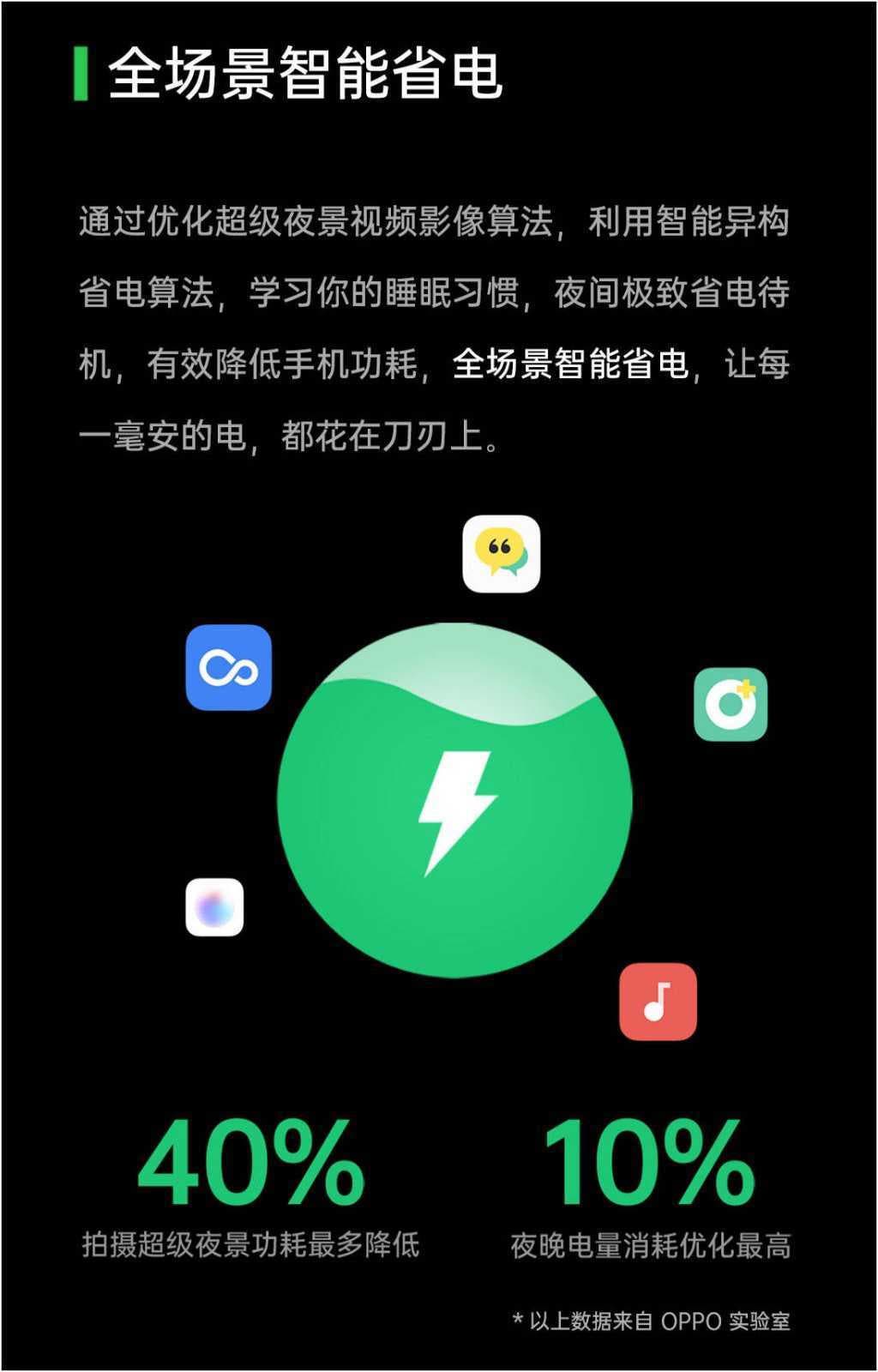 Oppo said that the new power-saving mode will have a more stringent approach towards the last minutes of the battery’s discharge cycle. It said that by turning on this mode, users can continue to use basic functions while filtering demanding applications. Further, the company said the new power-saving mode only consumes 5% of the battery on using the popular WeChat application for about 1.5 hours.

As for the rollout timeline, there is no official word yet. Oppo said that the new Color OS 7.2 is exclusive and comes out of the box on Reno 4 series. Since the new update focuses more on the camera, we will have to wait and see if it trickles down to older devices in the future