According to recent reports, Vivo’s iQOO is preparing another entry for the iQOO 3 gaming series. The new handset will carry the iQOO 3 Pro moniker and as usual in this smartphone lineup, will sport Qualcomm’s Snapdragon 865 chipset. Today, a new leak revealed the alleged smartphone via a Geekbench listing. According to what we can see, the device has the traditional muscles of other flagship devices with that SoC. 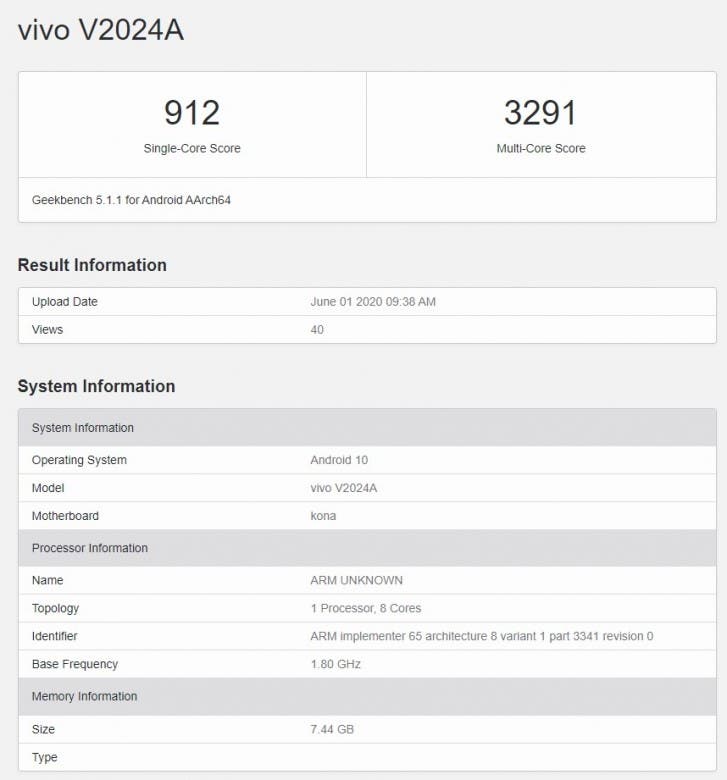 The new handset bears Vivo V2024A model number and has an Octa-Core chipset with a score that closely resembles any other device with the Snapdragon 865 platform. The handset scored 912 points in the single-core tests and 3,291 points on the multi-core tests. This particular variant sports 8GB of RAM, and we’re assuming that it is of the LPDDR5X kind. Moreover, we have Android 10 running atop, and since this is an iQOO handset it will come with the brand’s iQOO UI skin.

According to a separate rumor, this phone indeed belongs to the iQOO sub-brand. However, we still need to wait for confirmation. It doesn’t seem to belong to the X or NEX lineup. Moreover, the company is putting a big effort into the expansion of its gaming smartphone range this year. A few weeks ago the company introduced the iQOO Neo 3 with powerful specifications for the gaming range.

Information still is scarce about this new iQOO 3 Pro, but currently, the company has the iQOO Neo 3 which is the best option for those looking for a powerful package of specifications. Earlier this year, the company announced the iQOO 3 with Snapdragon 865 but failed to jump in the high-refresh-rate bandwagon. Then, the iQOO Neo 3 came to surpass the iQOO 3 in every single aspect. Perhaps, the iQOO 3 Pro will be a mix between the company’s latest smartphones, offering extra performance, better display for those who weren’t happy with the iQOO 3.

The iQOO Neo 3 boasts the very same Snapdragon 865 SoC and it’s built around a 6.57-inch FHD+ display with a 20:9 screen ratio and 144Hz refresh rate. This panel offers P3 color gamut and HDR10 support. The handset has two storage offers – 128GB and 256GB. In the same way, there are three RAM configurations – 6GB, 8GB, and 12GB. The storage is based on the latest UFS 3.1 standard. 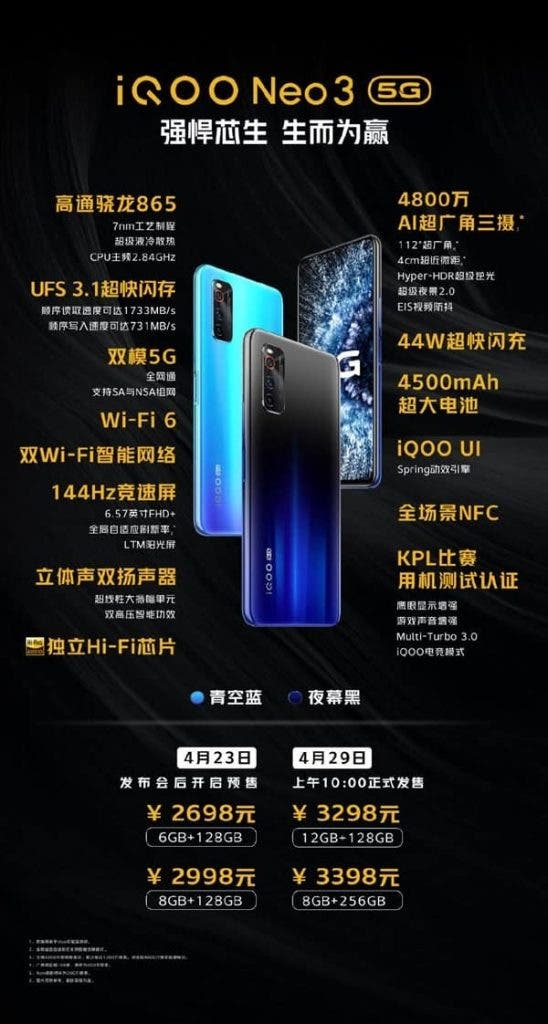 The handset came with Android 10 and introduced the brand’s iQOO UI.

Next Various LED ring models with tripods discounted on Ebay