We have already seen quite some rugged phones from the Ulefone brand in 2020, usually getting pretty good reviews. But Ulefone never stops developing new products and today they launched a new rugged smartphone Ulefone Armor X7 Pro on their official store. At a first glance it looks like an upgraded version of the older of the popular Armor X7, so let’s get a closer look at its details.

According to the specs sheer, the main upgrade should be the memory configuration. Armor X7 Pro packs a 4GB+32GB combo, enabling much smoother multi-tasking operations and faster switching between different applications. So in short, providing a better user experience. 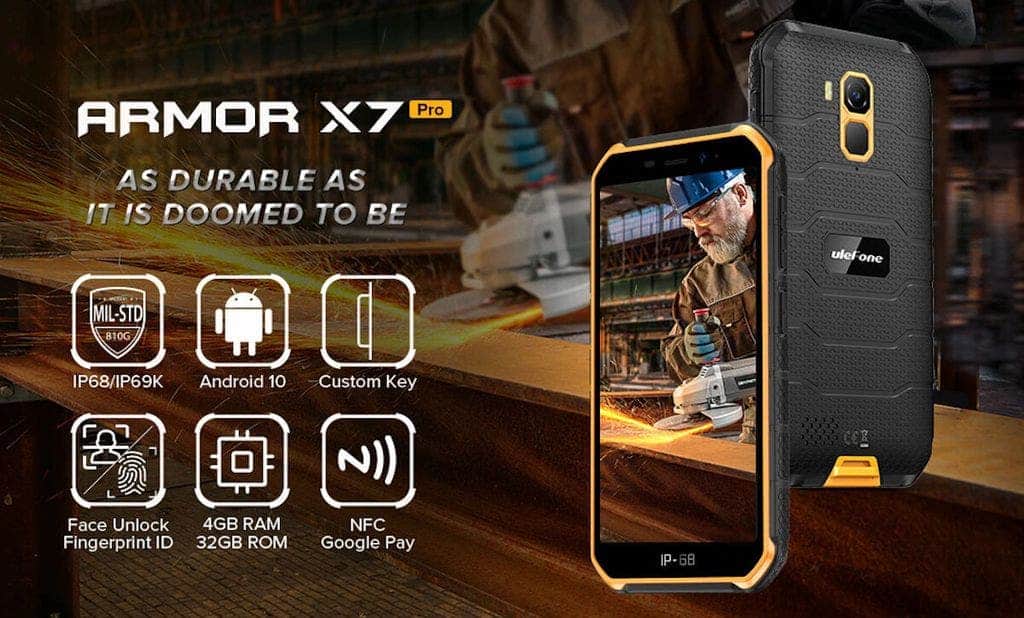 The device features a total of two cameras, a 13MP primary shooter at the back and a 5MP selfie snapper at the front. Connectivity of the handset includes 4G, dual band WiFi (2.4G+5G), Bluetooth 5.0, GPS+Glonass+Galileo, Micro USB port, and 3.5mm headphone jack.

The phone runs on the latest Android 10 OS and is powered by the 4000mAh battery. It also supports face unlock tech and fingerprint sensor for quick unlocking. You can also choose between two color options – black or orange.

The global presale for Armor X7 Pro has already started on Aliexpress with a price tag of just $89.99. Ulefone also released limited $10 coupons (coupon code: X7PRO10) for every day usage, meaning you can get the Armor X7 Pro for just $79.99. The presale will end at June 14th.