The upcoming new generation of the famous smart bracelet series from Xiaomi is expected to officially show up on June 11th. But we have already in hand the officially looking posters and listings for Mi Band 5, so we have pretty good idea about the specs and features. And some fast e-shops like Gearbest have the Mi Band 5 already listed as a presale offer so you can pre-order and get one in the very first wave. So let’s take a look at the specs and improvements.

Xiaomi Mi Band 5 promises major changes in 7 particular categories. First it will have a bigger 1.2-inch color touchscreen OLED display making it about 20% bigger than the previous generation. Then we will get upgraded health sensors, new magnetic charging system or finally NFC chip even for the global version. And the chinese version NFC functionality will be expanded with the Unionpay Quickpass feature. Rest is software tweaks with 11 professional sport models, new female health model for tracking and remote camera shutter function. Sounds like pretty major upgrades, right ? 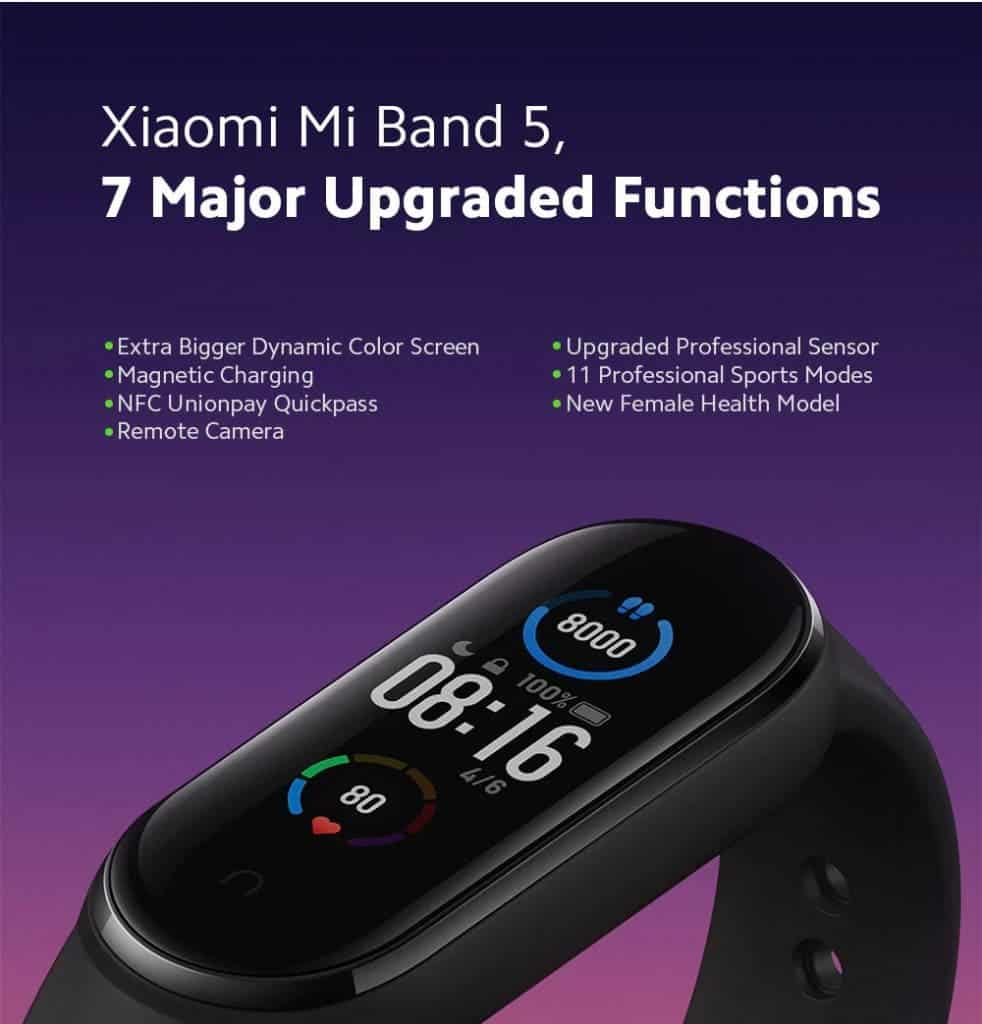 Chinese version of the Xiaomi Mi Band 5 is listed on Gearbest as available roughly in two weeks with the pricing set at $39.99. And the black color version is the only one available, despite the bracelet being planned in few more color variants. Global version is listed as launching at the beginning of August and will be slightly more expensive at $42.99. But no matter what we are very much looking forward to it.

Previous WhatsApp: because of this function, your number could appear on Google

Next CHUWI Aliexpress Summer sale with coupons up to $50