Since fully operational in 1995, GPS positioning systems have been adopted worldwide. Satellite navigation has become so important that our lives have been inseparable from the positioning system. So have you ever asked yourself what will happen if the GPS goes off for one month? Sponsored by the National Institute of Standards and Technology of the US government, a research institute called RTI International in North Carolina conducted research on this.

Also Read: How To Use GPS On Your Smartphone Without Internet

The researchers talked with more than 200 experts. They believe that GPS technology is used in various services, from agriculture to the positioning of offshore drilling platforms, and then to the positioning service of delivery drivers. The study covered a period from 1984, when the nascent GPS network was first opened to commercial use, through 2017. It found that GPS has generated an estimated $1.4 trillion in economic benefits during that time period. 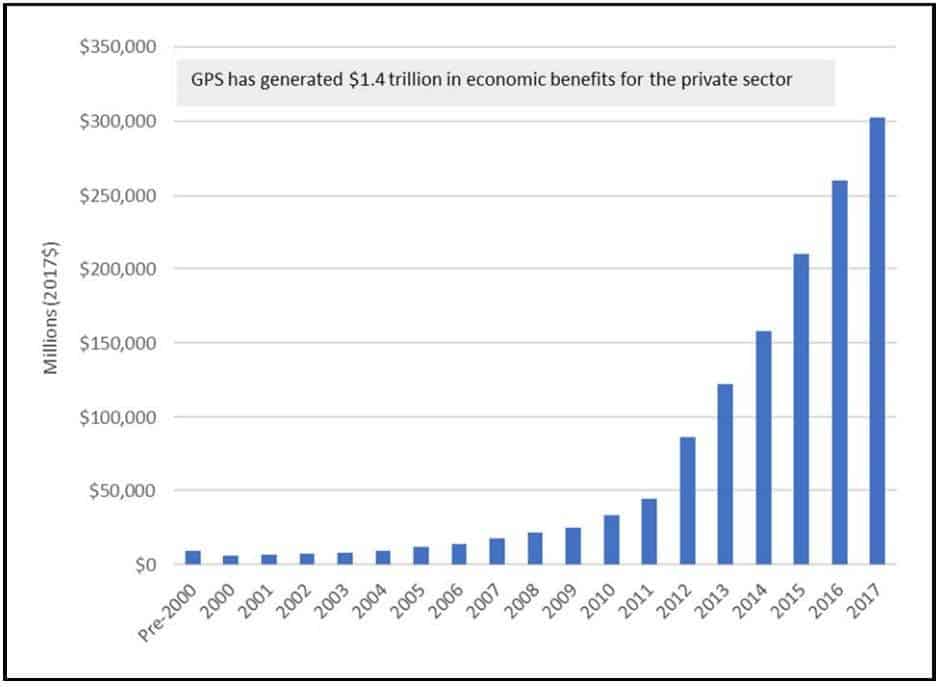 The study found that if the GPS system is shut down for 30 days, ordinary months can cause global losses of about $1 billion each day. Moreover, in the planting season in April and May, the losses can even reach $1.5 billion.

What Will Exactly Happen When GPS Is Off?

However, not everything is clear. If GPS goes off, there would be relatively minimal impacts over the first two days. But after that, the wireless network would begin to degrade significantly. Interestingly, after 30 days, according to the study, functionality would lie somewhere between 0 percent and 60 percent of normal operating levels.

‘GPS came along at a time of significant evolution in the telecom sector and played a critical role in the digitization of telecom infrastructure and the advent of wireless technology,’ the study states. ‘Wireless technology continues to evolve in ways that increase its reliance on highly precise timing, which in turn increases reliance on GPS. Multiple technological trends—from autonomous cars to the internet of things—will be stretching wireless technology to new limits in the coming years.’

The research also found that in the economy created by GPS, the telecommunications industry is the biggest beneficiary. After all, the use of GPS improves the utilization of reliability and bandwidth, and the benefits have reached about $685.9 billion. Telematics technology (improving efficiency, reducing costs, and environmental benefits through improved car scheduling and navigation) ranked second with a value of $325 billion. Positioning services on smartphones ranked third with a value of $215 billion.

Next Huawei says no law can force it to hack your network - see some similar U.S. laws