After a test phase in India, WhatsApp announces today that its payment service is now available within its application. It is now available in Brazil and it is not yet specified when it will be launched in the rest of the world.

WhatsApp finally allows you to send and receive money for free

Users can send or receive money through Facebook Pay. Facebook has already said that Facebook Pay will land in its various applications and this is precisely the case today with WhatsApp. There is no charge for sending or receiving money between individuals (at least for now). On the other hand, businesses must pay a 3.99% commission to WhatsApp.

Users must link their bank card to their WhatsApp account and transactions are secured by the fingerprint sensor or a six-digit PIN code.

It will be interesting to see if success will be there. As a reminder, WhatsApp has more than two billion users worldwide. Brazil is one of the countries where everyone (or almost everyone) uses WhatsApp to chat. This system of sending and receiving money could, therefore, do a lot of harm to the competition.

“Payments on WhatsApp are starting to be offered all over Brazil from today and we look forward to sharing it with everyone in the future,” says WhatsApp team on the official blog. 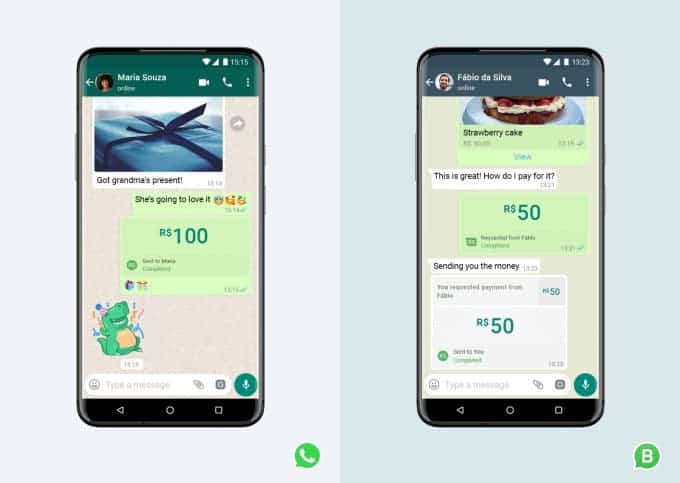 WhatsApp started testing multi-device access and many other features

The team of the popular WhatsApp messenger began recently to test the feature that users have been asking for, for many years. Yes, we are talking about simultaneous access to an account from several devices at the same time (WhatsApp multi-device access). For example, the app can be in use from a smartphone and a tablet.

The upcoming changes were reported by the WABetaInfo. According to the source, the WhatsApp account can be used from four devices at the same time. At the moment, the function is under development and will soon appear in beta. However, we do not know the exact launch dates yet.

WhatsApp users have been dreaming of the appearance of true support for working with multiple devices since the launch of the messenger in 2009. Synchronization between devices with the simultaneous operation of WhatsApp is simply not provided. WhatsApp currently only allows you to connect to your account from one device. Even the desktop version of WhatsApp can only work in conjunction with the running application on the smartphone, simply “mirroring” it.

The WhatsApp team also tests several other useful functions including searching by date and new tools for using memory. In addition to sorting photos in a chat by newness or size and deleting saved messages except those marked. And so on.