In April, Nubia unveiled the Nubia Play as a more affordable gaming smartphone for the fans of the Red Magic series. The Nubia Play is equipped with the excellent, but mid-range, Snapdragon 765G chipset. Now, the handset is going official in Spain, and it won’t be called Nubia Play, but Nubia Red Magic 5G Lite. The new handset is available in Spain, but can only be bought through Vodafone.

The smartphone packs a 6.65-inch AMOLED display with a 144Hz refresh rate. Moreover, the panes have a 240Hz touch sampling rate for high-fidelity during gaming sessions. The Lite moniker is justified by the use of a Snapdragon 765G and less advanced RAM and Storage standards. The phone has 256GB of storage, but it’s of the UFS 2.1 kind and 8GB of RAM. 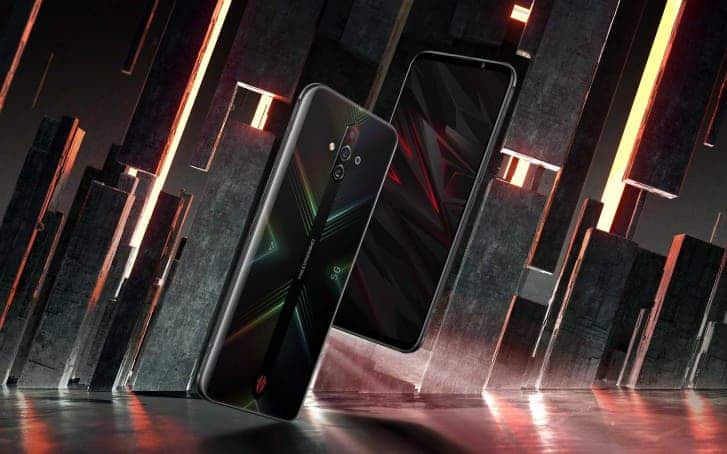 On the camera department, we have Sony’s 48MP high-definition lens, while on the front, there is a 12MP selfie snapper. The rear camera setup includes an 8MP Ultra wide-angle lens, a 2MP super macro lens, and a 2MP portrait depth of field lens. The gaming smartphone draws power from a 5,100mAh battery and offers support for up to 30W fast-charging. Since this is a 2020 phone, it comes with Android 10 OS. Moreover, there is Nubia UI 8.0 on top with several gaming features.

Are you living in Spain? Don’t get too excited since the price isn’t really attractive. Vodafone offers the phone in Black for €17/month in 36 monthly installments for current customers. If you’re a new customer, you’ll need to pay €25/month in 24 installments. The price of the mobile plan isn’t included. As a result, you’ll be paying more than €600 for two years for the Nubia Red Magic 5G Lite for the handset alone.

In comparison, the Red Magic 5G flagship price starts at  €579 for the 8/128 GB version and goes up to €649 for the 12/256 GB. So we can conclude that Vodafone’s offering doesn’t seem like a really good deal right? Vodafone is trying its best to sweeten the deal and is offering free e-sports handle and two protective cases that respectively costs €32 and €15, if purchased separately.