Xiaomi has reported on its official forum that the update and distribution of MIUI 12 firmware for all Xiaomi and Redmi smartphones will be temporarily suspended. This time, the case is not because of the Android OS, or with any holes in the firmware itself.

Xiaomi has temporarily stopped developing MIUI 12 for its devices

Everything is much simpler. The work on MIUI 12 is suspended due to the holiday – the traditional Chinese Dragon Boat Festival. It will be on June 25. But work-related to MIUI 12 will stop for a week – from June 26 to July 3.

It is worth to mention that recently, Xiaomi rolled out MIUI 12 development version 6.15 update for some users. Sometime after the update, the Xiaomi community forums were filled with complaints of reduction in the speaker volume level after installing the firmware. According to some users, the speaker volume on their phones is lower in comparison to when the smartphones were running version 5.24.

Xiaomi quickly started an investigation to solve the issue. After all, the whole purpose of development builds is to provide feedback. And the company should respond quickly to this feedback. The MIUI engineers contacted the complainants and even paid them a scheduled visit at home to compare the loudness of the affected models with a similar smartphone running the previous version. Curiously, the volumes still the same. The engineers further took the phones to the company’s anechoic room and the results were still the same. 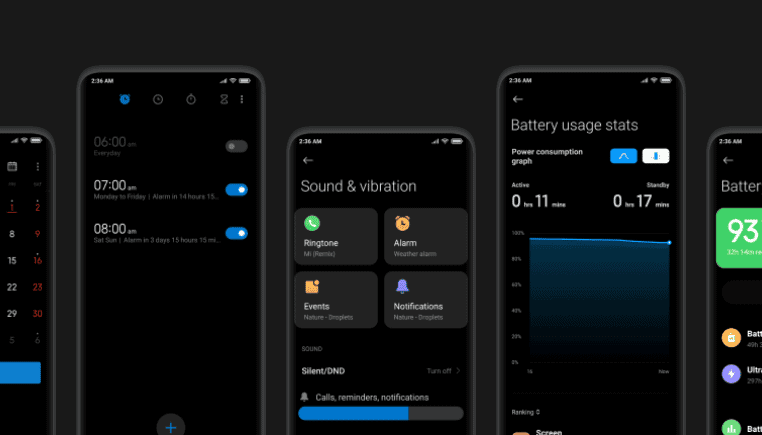 The company measured the level of each volume block. The two firmware versions were basically identical on the 15th volume levels. The frequency response of the speaker at level 12, 8, and 5 was also measured. As a result, the response curves of the two versions were ascertained to be the same. The MIUI team disclosed that the audio tuning configuration of the development version has not changed since April. For now, these complaints may be just fruit of the user’s perspective/impression of the volume level.

It’s interesting to see this level of software support coming from users. Other companies usually offer a good level of support for hardware issues. However, it’s not common to see the same treatment when the issue involves the software. Of course, Xiaomi isn’t perfect as the issues with Android 10 update for Mi A3, and no update at all for Mi Mix 3 5G are there plaguing owners of these smartphones. Moreover, there is a strange schedule for updating smartphones to recent Android 10 versions. The low-end Redmi 7A just got another Android 10 beta update. While several smartphones that came months later are still rocking Android 9 Pie. Despite these issues, on the whole, the company is still doing a good job by providing software support to MIUI users.