WWDC 2020 introduced many new features for iOS 14 and multiple existing apps got new features. One of the apps to get new features is Messages. The new features of Messages are looking very promising. But do we still use Messages? Isn’t Whatsapp, Messenger has taken over? Well, that’s not true. According to Apple, they have a record on a number of users using Messages. Comparing to last year, we have over a 40% increase in the use of Messages. While group messages got a 2X increase. Therefore, Apple has improved the existing three ways of using Messages including Conversations, Memoji, and Groups. I have listed the top 3 amazing features introduced in iOS 14 Messages. 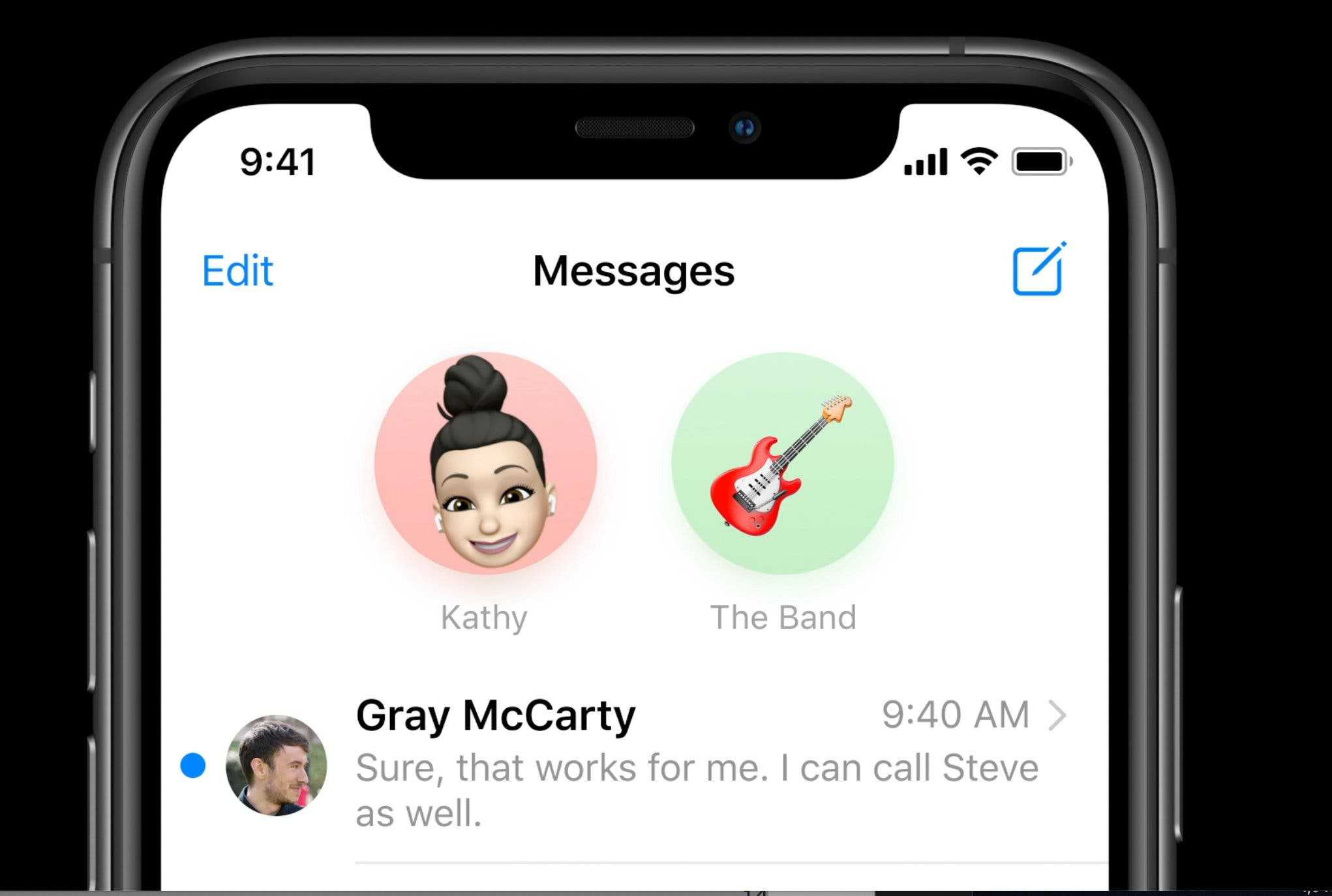 We usually message our friends, colleagues but the conversations never stayed due to enormous messages from companies, etc. As a result, the contacts which we messaged used to go down in the list, making accessing the conservations harder. Therefore, Apple has introduced a new feature in Messages. Now you will be able to pin your favorite conversations and access them at the top of the app.

To pin the conversation, just swipe right on the conversation and tap on the pin icon. Then you will be able to see them at the top in big circles making it easier in accessing them rather than going through the full list. And whenever your pinned conversation has a new message, you will know that easily by the small blue dot with their name. 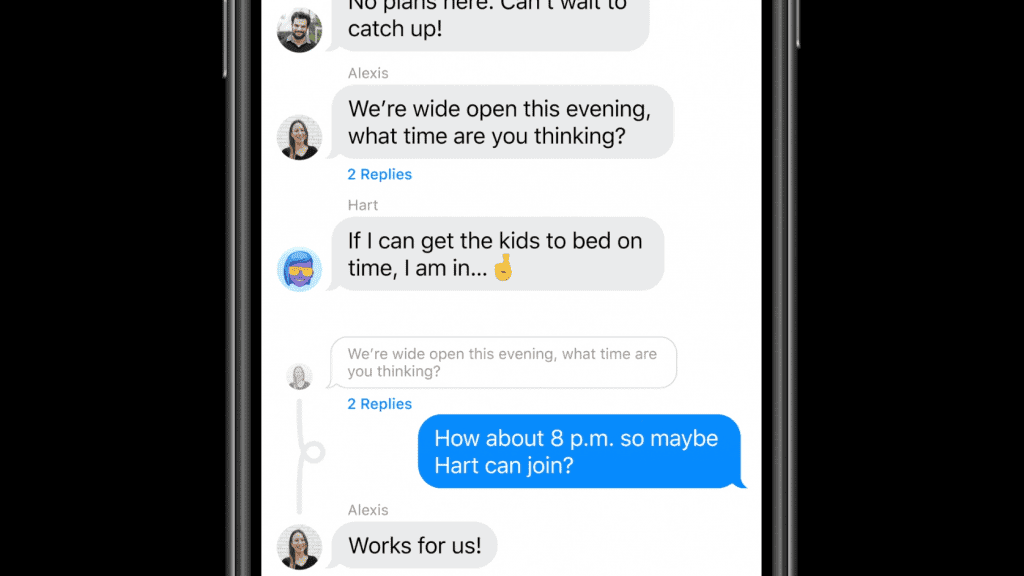 Coming to groups, we have two new features: In-Line Replies & Mentions. Now you will be able to respond to specific messages and start a conversation thread. This will make the conversation much easier and neater. You will also be able to view the in-line replies separately.

And finally, you can now mention the person you are talking to by typing their name and selecting them. Moreover, you can go to settings and choose the option where you will be notified once you have been mentioned in the group.

A bunch of new Memoji are joining Apple Messages. Apple has added 20 new hair and headwear styles. And of course, who can forget the essential thing these days, face coverings! There are new-age options and sticker options including a hug, fist bumps, and blush.