Last week it became known that Apple stopped releasing security updates for iOS 14, thereby pushing everyone who uses an older version of the system to upgrade to the current iOS 15. This can be considered a violation of the promise to allow users to stay on iOS 14, which the company made during the time of the presentation of iOS 15. However, Apple sees the situation differently.

Apple told ArsTechnica today that the ability to stay on iOS 14 and receive security updates without upgrading to iOS 15 has always been seen by the company as a temporary solution. The fact that the previous version of the OS no longer receives updates is not a mistake. Support for iOS 14 has actually ended.

When iOS 15 was released, Apple informed users that they would get a choice between two software update options, and that it would offer security updates for iOS 14 until people were ready to upgrade. Obviously, according to Apple, this moment has already arrived.

Users who have not updated their devices to iOS 14.8.1, released in October, will no longer be able to install this version of the OS. iOS 15.2.1 is currently the only update option for all iPhones running iOS-14.

Last week, Apple released official statistics that iOS 15 is not as popular as its predecessor a year ago. The end of support for iOS 14 is likely to push users to switch to the 15 version of the OS. All devices that support the previous version of the OS are compatible with the current operating system. 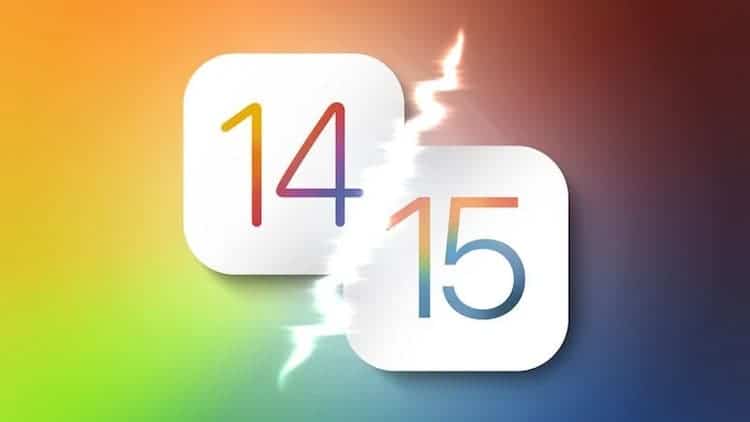 The problem is, the adoption rate is much lower than previous versions. Indeed, in December 2020, iOS 14 was available on 81% of compatible devices of the previous four years. Prior to iOS 14, iOS 13 saw a 77% adoption rate at the same time after its release. With only 72% adoption, it seems that many users therefore preferred to stay on iOS 14; which continued to receive security updates.

However, although the adoption rate is much lower than in previous years; it is still much higher than newer versions of Android. Indeed, we saw last year that Android 11 was only in use on a quarter of devices; far away from the nearly three-quarters of users running iOS 15 at Apple.

On the tablet side, the situation is even worse. Indeed, the latest OS installation figures are much lower on the iPad. Only 57% of iPads released in the past four years run iPadOS 15 , while 39% use iPadOS 14 and 4% of older versions. In total, 49% of all iPads are currently running iPadOS 15, while 37 and 14% are running iPadOS 14 and iPadOS 13 or lower, respectively.