As you probably know, Apple has a program that allows you to exchange your old smartphone for a brand new iPhone for a fee. The amount of the surcharge directly depends on which mobile device the user wants to exchange. It is quite logical that iPhone owners can exchange an old smartphone for a new one. But, to the owners of Android devices, Apple does not show much loyalty.

Recently, the company has revised prices for models built on the basis of Android, as part of the Trade-In programs. So, if earlier it was possible to trade in the Galaxy S20 Ultra at a price of $545, now the company gives $405 for it. And, if you are the owner of the Samsung Galaxy S21+, then you can expect to earn only $325 for it, while until recently they were given $435 for it under the exchange program. For the Google Pixel 3a, Pixel 3a XL, and Pixel 3 XL, the Cupertino company is now giving $50, and the Pixel 3 is $45. Pixel 4a owners can expect a $120 discount when exchanging it for a new iPhone, Pixel 4 – $110 and Pixel 5 – $235.

It is obvious that Apple is not generous in the framework of the program for exchanging old devices for new ones. Things are going well, it still manages to sell the iPhone in millions, and it makes good money from the already existing army of fans. 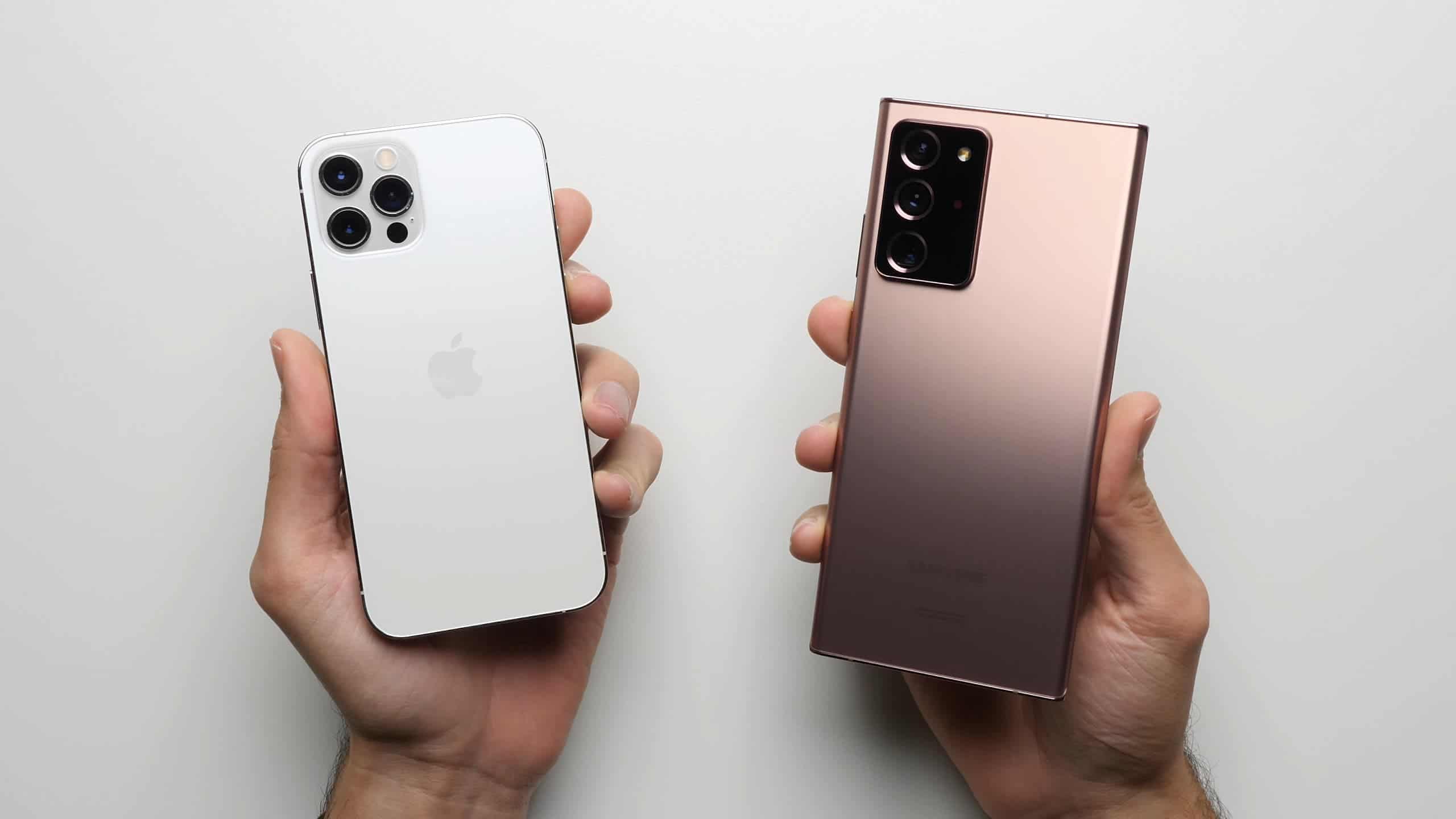 “Apple is back at the top of the smartphone market after three quarters; driven by a stellar performance from the iPhone 13,” said Canalys Analyst Sanyam Chaurasia. “Apple saw unprecedented iPhone performance in Mainland China, with aggressive pricing for its flagship devices keeping the value proposition strong. Apple’s supply chain is starting to recover; but it was still forced to cut production in Q4 amid shortages of key components; and could not make enough iPhones to meet demand. In prioritized markets, it maintained adequate delivery times; but in some markets its customers had to wait to get their hands on the latest iPhones.”

“Supply chain disruption affected low-end vendors the most,” said Canalys VP Mobility Nicole Peng. “Component manufacturers are eking out additional production, but it will take years for major foundries to significantly increase chip capacity. Smartphone brands are already innovating to make the most of their circumstances; tweaking device specs in response to available materials, approaching emerging chipmakers to secure new sources for ICs; focusing product lines on the best-selling models and staggering new product releases. These practices lend an advantage to larger brands; and they are set to stay for the short term, as bottlenecks will not ease until the second half of 2022.”