Apple has reportedly lost an antitrust lawsuit filed by Jay Freeman, the creator of a “jailbroken” iPhone and iPad app store called Cydia. That may sound ironic, but it’s exactly what is happening. According to the founders of the jailbroken app store, the Cupertino company retains an illegal monopoly on iOS app distribution through the App Store. His complaint also alleges that Apple “has been trying to kill alternative app stores such as Cydia”. Well, Apple’s iOS is still something that belongs to Apple, and honestly, we don’t think that the company needs to allow third-party stores to offer its applications. iOS is known for being locked by Apple, unlike Android which benefits from its open-source concept.

The company filed a motion in January 2022 to dismiss the lawsuit approved by U.S. District Judge Yvonne Gonzalez Rogers. She agreed with the company that the claims in the first lawsuit exceed the statute of limitations. However, according to Reuters, a judge allowed Freeman to file a new lawsuit. It has now been accepted.

Freeman’s lawyers argue in the lawsuit that Apple’s technology updates between 2018 and 2021 “blatantly” harm iOS app distributors. These distributors, obviously, include Cydia. The changes Apple implemented in iOS have been described as “more aggressive”. They’ve aimed at preventing Cydia and other alternative app stores from offering “available” apps for the iPhone. 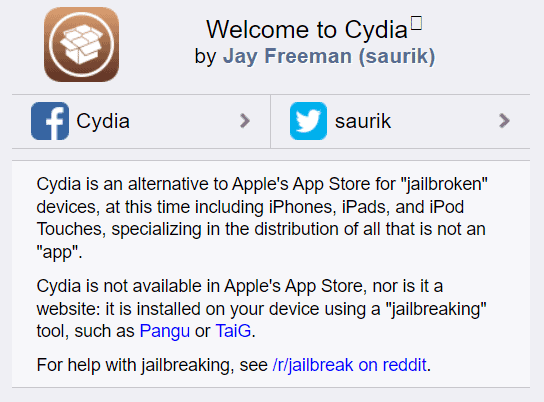 Apparently, the lawsuit reportedly “aims to open up the iOS app distribution and iOS app payment market to those who want to compete fairly with the iPhone maker. Judge Gongazeles gives Apple until mid-June to respond to Freeman’s complaint. However, we don’t think that this will have enough strength to make Apple move a scratch in its App Store operations.

Cydia launched in early 2008, a few months before Apple’s App Store. The store allows users of a jailbroken iPhone, iPad, or iPod Touch to install apps outside of the App Store. It also allows them to customize iOS appearance and functionality, as well as other features. The store has been losing its relevance in recent years. After all, the jailbreak has become harder for standard Apple users. Nowadays, we don’t hear much about jailbreak methods, but they’re still going on under the radar. We don’t see Cydia and other third-party stores having much success in iOS. The company will soon announce iOS 16, and we expect “hackers” to have a hard time trying to jailbreak the upcoming OS.

Apple is also being sued in Russia for the first time. However, that’s a completely different story.

Previous Qualcomm wants to get a slice of ARM