Apple is gearing up to introduce a bunch of new products in the first months of 2022. The company’s confusing schedule for the iPhone SE series seems to be getting a new entry this year. The new device is rumored to carry iPhone SE+ 5G moniker, and unlike previous rumors pointing to major design overhauls, it will be similar to its predecessor. The big difference will be in the hardware inside which brings 5G connectivity. This probably does not mean much for the average iPhone SE buyer as long as the device keeps being the cheapest iPhone in the market. In addition to the new iPhone SE+, the company will also revamp its iPad lineup soon with new Air and Pro models. The iPhone SE+ 5G and the iPad Air seem to be inching closer to their release, as they’ve passed through the Eurasian Economic Commission certification (EEC). 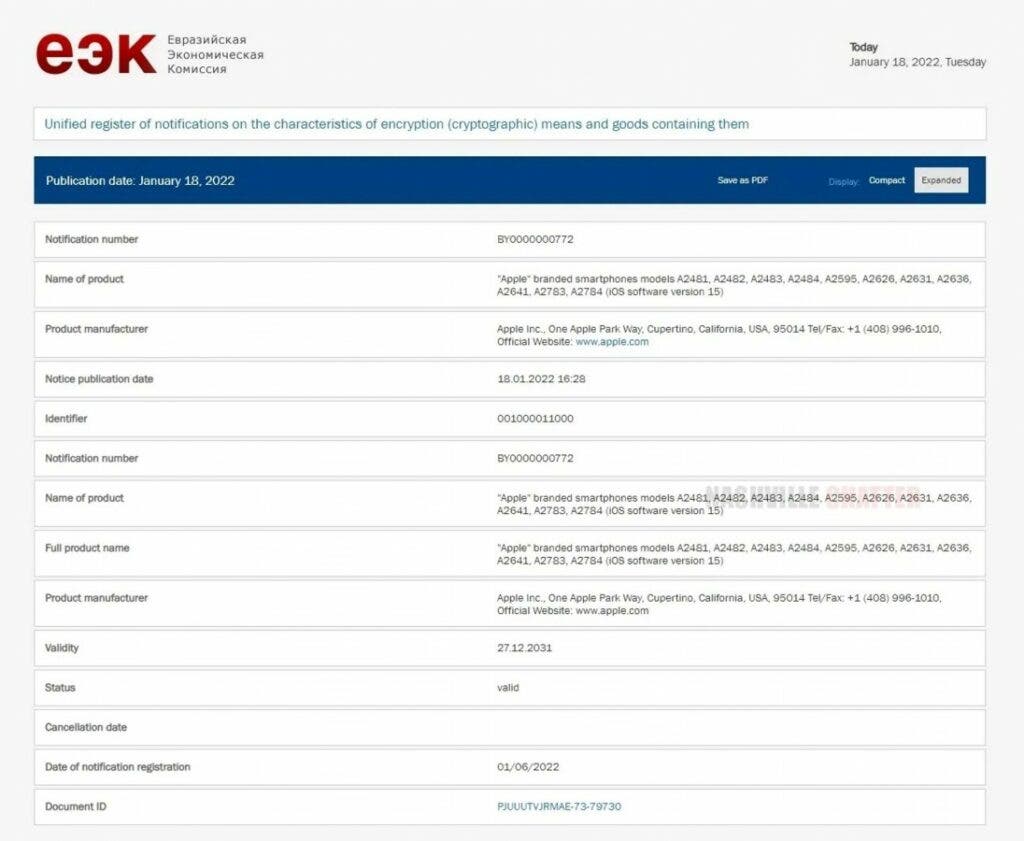 Three devices have passed by the EEC certification. These products are split and the A2595, A2783, and A2784 model numbers, likely belong to the iPhone SE+ 5G. The other model numbers are A2588, A2589, A2591, A2757, A2759, A2761, A2766, and A2777. These latter model numbers belong to the upcoming iPad Air. It’s not a mere coincidence to see both products getting certification at the same time. The fact is recent rumors suggest both devices will be launched at the same time. 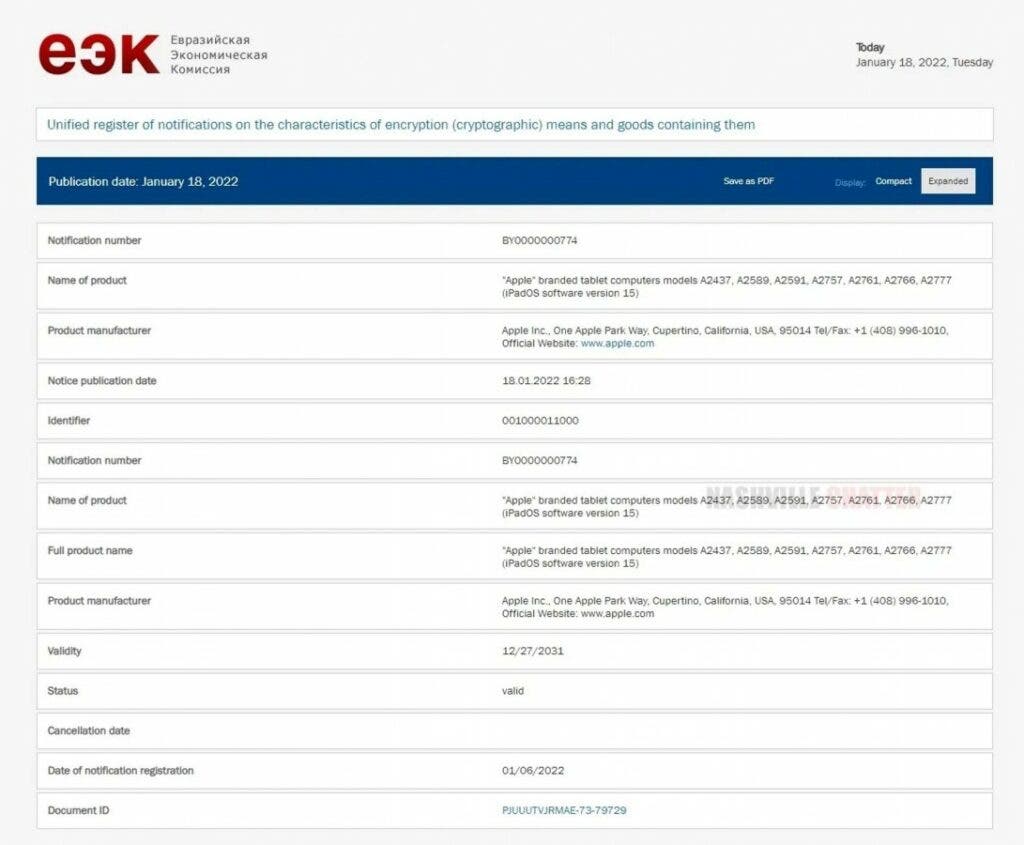 According to the rumors so far, the iPhone SE+ 5G will keep the design adopted by its predecessor. That means a 4.7-inch LCD display with a Touch ID Home button and big bezels at the top and bottom parts of the phone. The big difference will come in the performance. The new iPhone SE model will bring the Apple A15 Bionic processor. That means the very same performance as the iPhone 13 series plus the 5G connectivity. That’s the great selling point of this variant: Despite the outdated design, the phone has the same performance as cutting-edge iPhones but costs much less.

The new iPad Air (2022) model will also bring the very same Apple A15 Bionic chip. However, 5G will not be a thing widely available. As usual, we expect Apple to sell a separate, costlier, version with 5G connectivity. The other variant will be a Wi-Fi-only model. Besides the chipset, the new iPad Air will bring a 12 MP ultrawide camera with Center Stage support. The slate should bring the Touch ID button to the side.

Both iPhone SE+ 5G and the new iPad Air are set to come this Spring.