After several months of waiting, the Xiaomi 11T Pro has finally reached the Indian market. The company has unveiled its mid-year flagship in the country, and we can say that it will serve as a “warming” for the imminent release of the Xiaomi 12 series. The Xiaomi 11T Pro is a solid smartphone with impressive specifications such as 120 W fast charging and Qualcomm Snapdragon 888 SoC. We can say that it’s a worthy competitor for the likes of the OnePlus 9RT and the Samsung Galaxy S21 FE. The device was first launched in European markets last year, now it’s finally joining one of Xiaomi’s strongholds.

The device is already available for sale through several outlets. Customers can choose between Mi.com, Mi Home Stores, Amazon India, and other websites.

To refresh your memory, the Xiaomi 11T Pro comes with a glass body and a plastic frame. It’s a cost-effective flagship and Xiaomi decided to cut some corners in the design. The device flaunts a 6.67-inch Full HD+ AMOLED screen with a 120 Hz refresh rate. There is also a punch-hole cutout at the top center for the front-facing snapper. The screen boasts HDR 10+ certification and has 1000 nits of peak brightness. Despite the AMOLED nature, Xiaomi didn’t go for an in-display fingerprint scanner with this one. Instead, we have the side-mounted scanner that doubles as a power button. 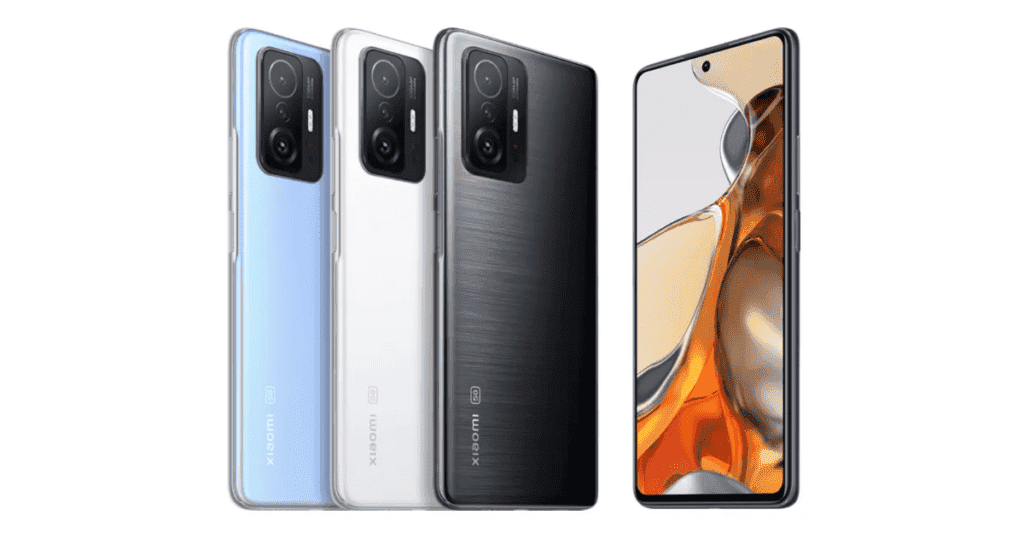 Under the hood, the 11T Pro packs the Qualcomm Snapdragon 888 SoC. It comes paired with 12 GB of RAM and 256 GB of Internal Storage. The device draws its powers from a 5,000 mAh battery with 120 W fast charging. This flagship smartphone charges faster than any other device in the Xiaomi 11 series. It’s one of the device’s main selling points and also it’s one of its main advantages against the Galaxy S21 FE and its tepid 25W charging, and the OnePlus 9RT with 65W charging.

Read Also:  How to enable MIUI 13 widgets on all MIUI systems (all Xiaomi phones)

In terms of optics, the 11T Pro packs a triple-camera setup. It has a 108 MP main camera, an 8 MP ultrawide snapper, and a 5 MP tele-macro camera. The phone runs Android 11-based MIUI 12.5 straight out of the box. Furthermore, it has dual stereo speakers tuned by Harmon Kardon with Dolby Atmos support. Unfortunately, there is no 3.5 mm headphone jack on the device.