Honor has confirmed yesterday that the Honor X10 Max smartphone will be released in China on July 2. A recent leak indicates that Honor is announcing the Honor 30 Lite 5G smartphone along with the X10 Max. Now, the Honor 30 Lite has been spotted in the database of the popular Geekbench benchmark platform.

The Honor 30 Lite 5G has the codename Maxwell, as well as the model number MXW-AN00. The Geekbench database confirms that the smartphone is equipped with a single-chip Dimensity 800 SoC and 6 GB of RAM, and also runs on the Android 10 operating system. In single-core and multi-core Geekbench tests, the phone scored 2491 and 8737 points, respectively. 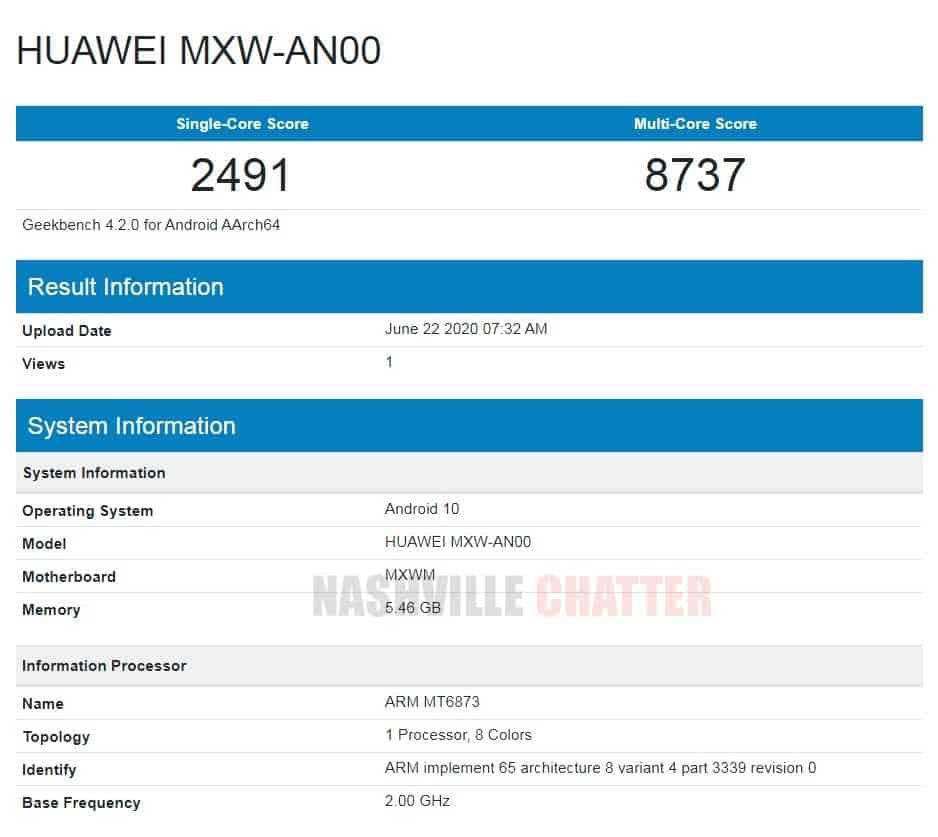 Earlier it was reported that the Honor 30 Lite will be equipped with a 6.5-inch display with a resolution of 2400 x 1080 pixels and an image refresh rate of 90 Hz. It will be running the Android 10 operating system with the EMUI 10.1 user interface. Most likely, there will be no Google services or Goole Play app store on the device.

In the main camera, camera sensors with a resolution of 48, 8 and 2 megapixels will be presnet, and the front camera will be 16 megapixels. The battery capacity will be 4000mAh. In addition, the smartphone will support fast charging power of 22.5 watts.

After releasing the Honor 30 family a couple of weeks ago, Huawei’s sub-brad is preparing a new smartphone for the series. In China, the device will carry the Honor 30 Youth Edition moniker. In other regions, it will go official as Honor 30 Lite 5G. The device has been circulating through the rumor mill for the past days, and recently, we got an official-looking render that gives us the best glimpse of the handset rear.

According to the image, the device seems to be very similar to the Huawei Enjoy Z. At least judging by the back. We’re still waiting for a leak the reveals the device in all its glory, including the front design. So far, we’re looking for a device that clearly comes with some characteristics of other Huawei smartphones.

The image above shows a smartphone with a triple camera setup living inside of a rectangular island. The camera array is located at the top-left corner of the rear panel. Moreover, the back panel has an impression of sunbeams radiating from the bottom-left part. More details should pop out in the coming days.

Next Realme XT explodes while charging within 24 hours of purchase!