Honor’s huge screen smartphone, Honor X10 Max, is scheduled to officially arrive on July 2. However, we already have a complete spec sheet of this smartphone. A few days ago, the company confirmed that this device will use an RGBW display. This feature is only found in Huawei’s flagships like the Mate and P series. Today, Honor released another poster that claims that the Honor X10 Max display will be clearly visible under sunlight. 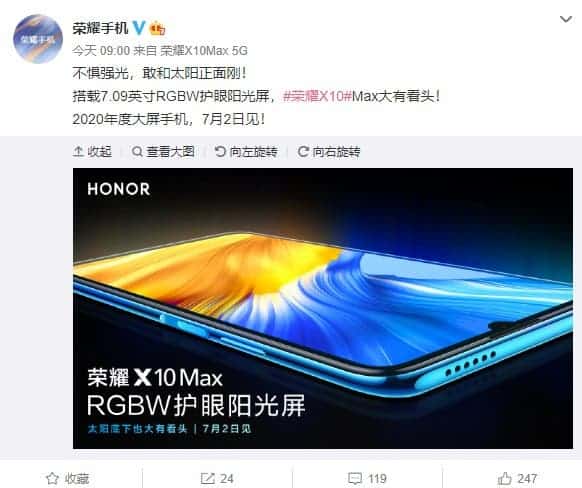 The RGBW feature adds white sub-pixels to the original RGB three primary colors to become a four-color pixel design. Under the new pixel arrangement, the maximum brightness increases by 70%. The typical brightness of the Honor X10 Max screen hit 780 nits. 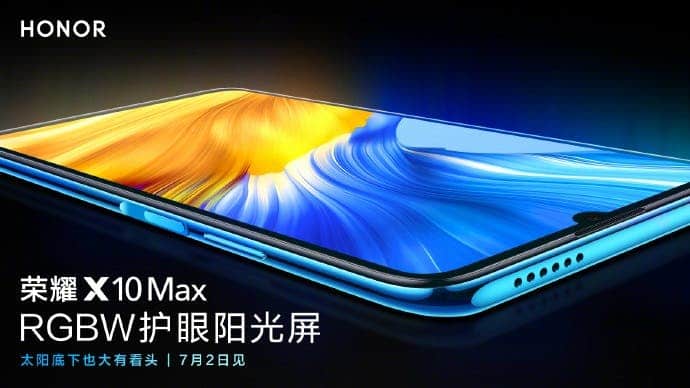 According to reports, this smartphone huge display is supplied by JDI. This screen supports 100% DCI-P3 color gamut and the highest brightness is 780nit. As we have said earlier, this 7.09-inch screen uses the RGBW technology that Huawei Mate and P series have used. Better screen brightness and power reduction are some of its advantages.

As for its processor, Honor will have to rely on MediaTek this time. Make no mistake about this, MediaTek’s Dimensity lineup is one of the best 5G chips in the market. It is ahead of Qualcomm’s mid-range 5G chips. This smartphone will use the Dimensity 800  5G SoC. According to the supply chain, this large display phone may become the world’s first 7-inch 5G mobile phone.

Next Samsung Galaxy smartphones are going down with green screen issues