We’ve been seeing quite a buzz involving sleep tracking feature since its introduction as one of watchOS 7 features. However, this is a feature that has been available for quite some time among smartwatches and smart bands. Huami is one of the companies that has been providing this feature for quite some time. Now, the company is making it even better for owners of the Amazfit GTR and GTS. The latest update for these smartwatches introduces a new daytime nap tracking allowing the users to track even some small naps during the day.

The update arrives with software version 1.3.5.77 for the GTR and 0.0.9.12 for the Amazfit GTS. Despite the different software versions, both updates bring the very same feature offering support for naps over 20 minutes. Users should not confuse this new feature with the regular sleeping tracking update. If you recall this has been available long before the update. The feature comes for some users that like to take naps during the day and sometimes they are more than 20 minutes. Aiming at this specific niche of users, Amazfit decided to bring this feature to give a better insight into your sleep during the day. 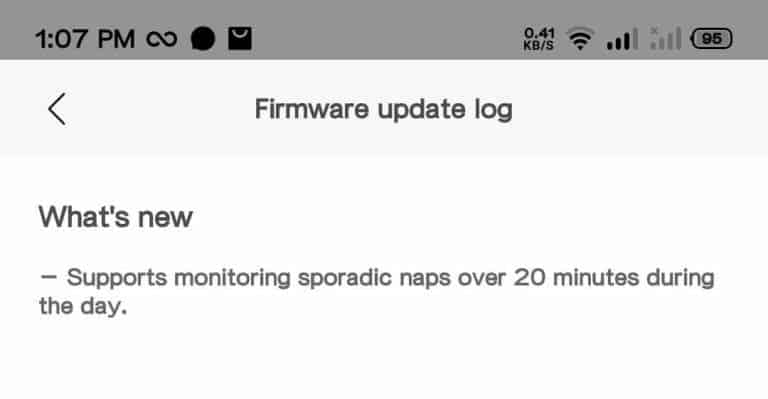 Apart from the new feature, the changelog doesn’t bring anything more. To install this update, you’ll need to update the Amazfit app to the latest 4.5.3 version. Once you install the new app version then your smartwatch will automatically detect the new version and install it. The new firmware for Amazfit GTR and Amazfit GTS is currently rolling out in Vietnam and soon release in other regions.

Will this feature reach other smartwatches?

We are curious to see if the nap tracking will reach other smartwatches like the recently released Amazfit Bip S. The new watch was released recently in India featuring a 1.28-inch transflective Always-On color touch display. It boasts a resolution of 176 x 176 pixels and has Corning Gorilla Glass 3 protection. The wearable comes with over 40 watch faces available for download via the store.

The smartwatch runs on the Amazfit OS platform and it is compatible with both Android and iOS platforms. For connectivity, the wearable will make use of the latest Bluetooth 5.0 with BLE sensors. This wearable has 2-axis geomagnetic, a 3-axis acceleration, and a BioTracker Optical sensor. These sensors are just enough for some sports activities.

Just like most smartwatches out there, the Amazfit Bip S can track your sleep activities and offers music control and weather forecast. Moreover, it has a built-in GPS, heart rate monitoring, and water-resistance up to 5 ATM.

You can check our first impressions here.