Over the past few days, there have been reports that the upcoming iPhone 12 series will arrive with a 20W charger. The latest information shows that the Apple 20W fast charger has now been certified. This seems to be enough proof that the iPhone 12 series will use this charger. When it comes to chargers, Apple does not really do much. The original iPhone in 2007 comes with a 5W charger. Since then, not much has been screwed into the charging technology – up to the iPhone 11 Pro. The iPhone 11 Pro is the first model to include an 18W charging adapter. However, this only applies to the iPhone 11 Pro, because the regular iPhone 11 still comes with the classic 5W adapter. 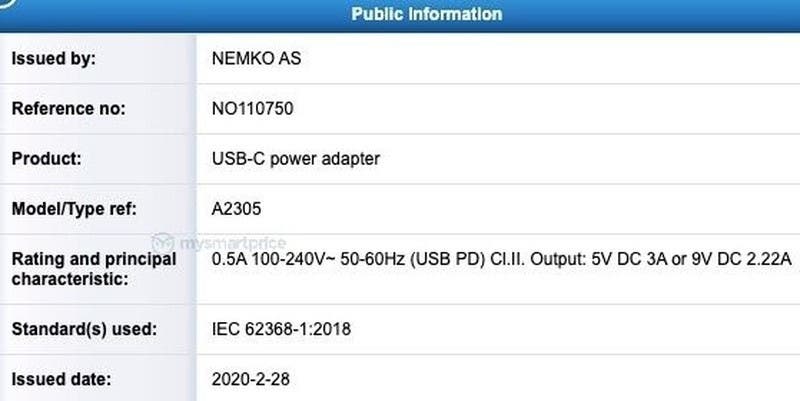 According to media reports, Apple is applying for a new USB Type-C power adapter worldwide, with a power of 20W and a model of A2305. This is exactly the same as the spy photos previously exposed. It looks like the iPhone 12 is about to launch this new product.

According to some sources, this year Apple intends to continue to improve the charging experience of the iPhone 12 series. In short, it will arrive with a 20W fast charging charger. This will undoubtedly increase the charging speed of the new smartphone. 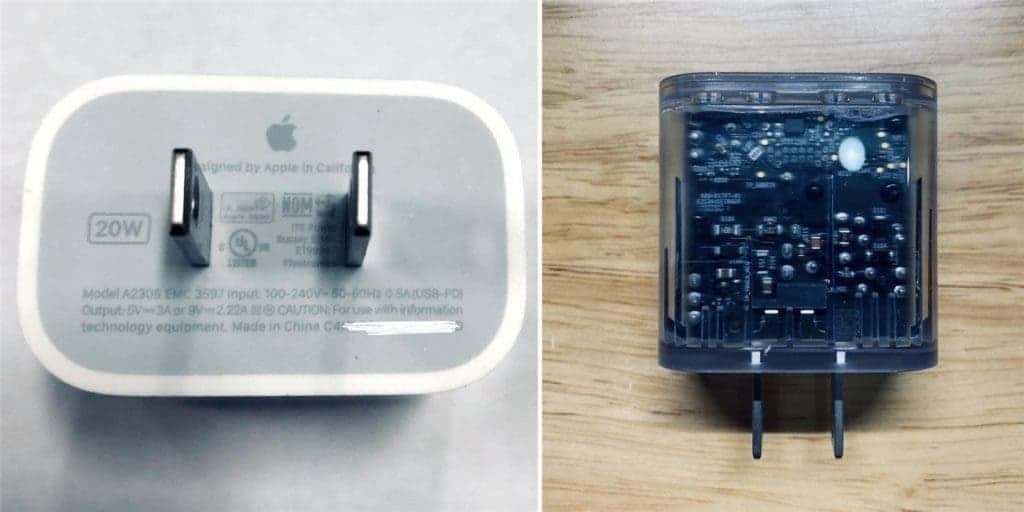 According to reports, all “iPhone 12” models will go into production next month. However, it is not clear whether all models will hit the market at the same time. Although Apple is likely to release its new product line in September as usual, analyst Guo Mingji and others have previously claimed that due to production challenges, the high-end mmWave 5G-enabled iPhone 12 high-end models will face postponement. Due to the change in antenna packaging design in early April, the production of mmWave iPhone 12 will be “postponed”. The entry-level “iPhone 12” model should support sub-6GHz 5G.

We expect Apple to release four new iPhones later this year. The new series includes two models with 5.4-inch and 6.1-inch displays. In addition, it will have another two ‌iPhones (Pro models) with 6.1-inch and 6.7-inch displays. All four models will come with OLED displays, 5G support, and a small notch. There are also rumors that the Pro model will receive a LiDAR sensor (lidar).

Next Google will now automatically delete your browsing history