It seems that Xiaomi has a big surprise. Tomorrow, it can surprise its fans in a very special way. A teaser for a new product has appeared on the official Xiaomi account on the social network Weibo. Judging by the outlines, it is is a car, an SUV. With its silhouette, it resembles to a Suzuki Jimny or Mercedes G-class …

Does Xiaomi plan to present a car tomorrow? 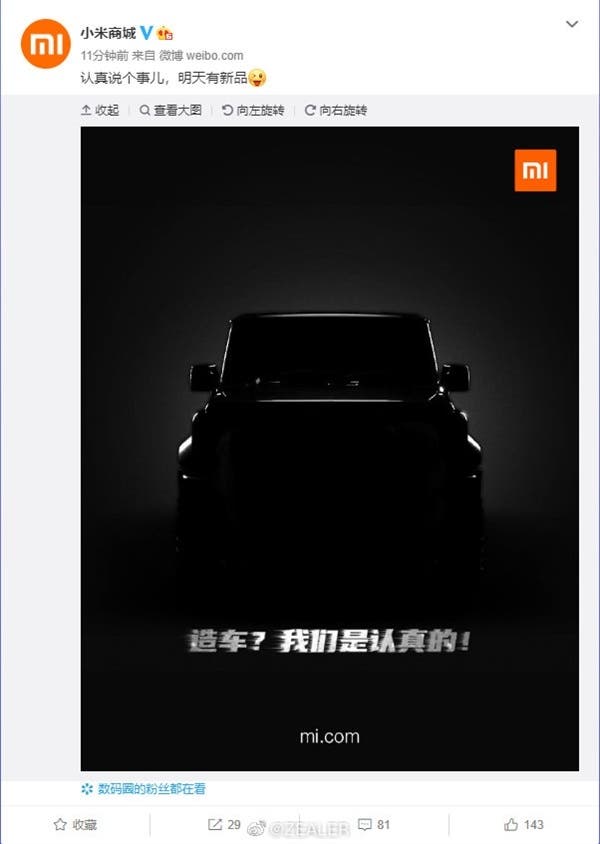 Perhaps the teaser could be perceived as a joke, but there is a couple of things to discuss. Firstly, after all, we are talking about the official page of Xiaomi, and not fans page. Secondly, the inscription on the image confirms that everything is serious: “Make a car? We are serious!”. After publication, the teaser was deleted, but this did not save it from distribution on the Web. 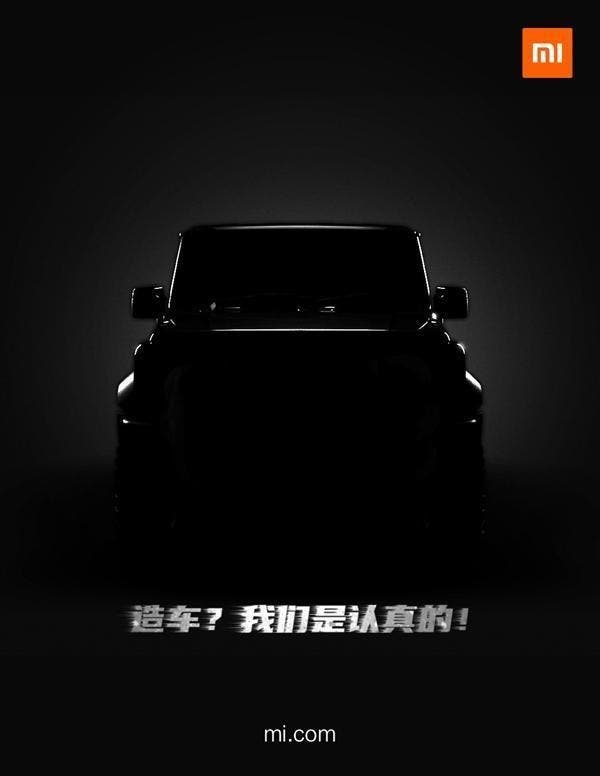 It must be said that Xiaomi is actively cooperating with a number of local automakers, and even decently invested last year in the famous Chinese company Xiaopeng Motors. The latter, by the way, recently reported on the start of supply of the Xiaopeng P7 electric sedan, which is positioned on the local market as an alternative to Tesla cars. But the Chinese car has a completely different design. So it’s not yet clear what kind of car we are talking about. It is possible that this car will turn out to be a toy. Let’s hope tomorrow that things clear up.

Xiaomi Corporation is a Chinese electronics and IT company based in Beijing and specialized in mobile telephony and consumer electronics. It became the 4th world manufacturer selling the most smartphones in 2018 after Huawei, Samsung and Apple. The company has diversified into several areas in the manufacture of electronic products. Xiaomi also manufactures tablets, connected bracelets, external batteries, Hi-Fi earphones and headsets, joysticks, equipment for connected homes, miniature cameras, scooters, boxes, routers and smart TVs. In July 2017, Xiaomi announced its arrival on the market for connected assistant speakers in China with the Mi AI Speaker.

The “Mi” written on the logo is the abbreviation for “Mobile Internet”. It also refers to the title “mission impossible”: indeed, at the time of Xiaomi’s launch, it seemed impossible, at the time, that the firm could acquire as many market shares.

Xiaomi employs a unique strategy in selling their products, unlike other smartphone manufacturers such as Samsung and Apple. Lei Jun, CEO of Xiaomi explains: “We try to sell our products as close as possible to their manufacturing cost”. The company also has several services that allow it to expand its profits.