Yesterday, an Indonesia website namely Lazada showed the official renderings and configuration of the upcoming Realme C11. If you are not aware, the smartphone will come tomorrow. But even now, we know almost everything concerning this handset. Moreover, playfuldroid has obtained the official price information of the machine. 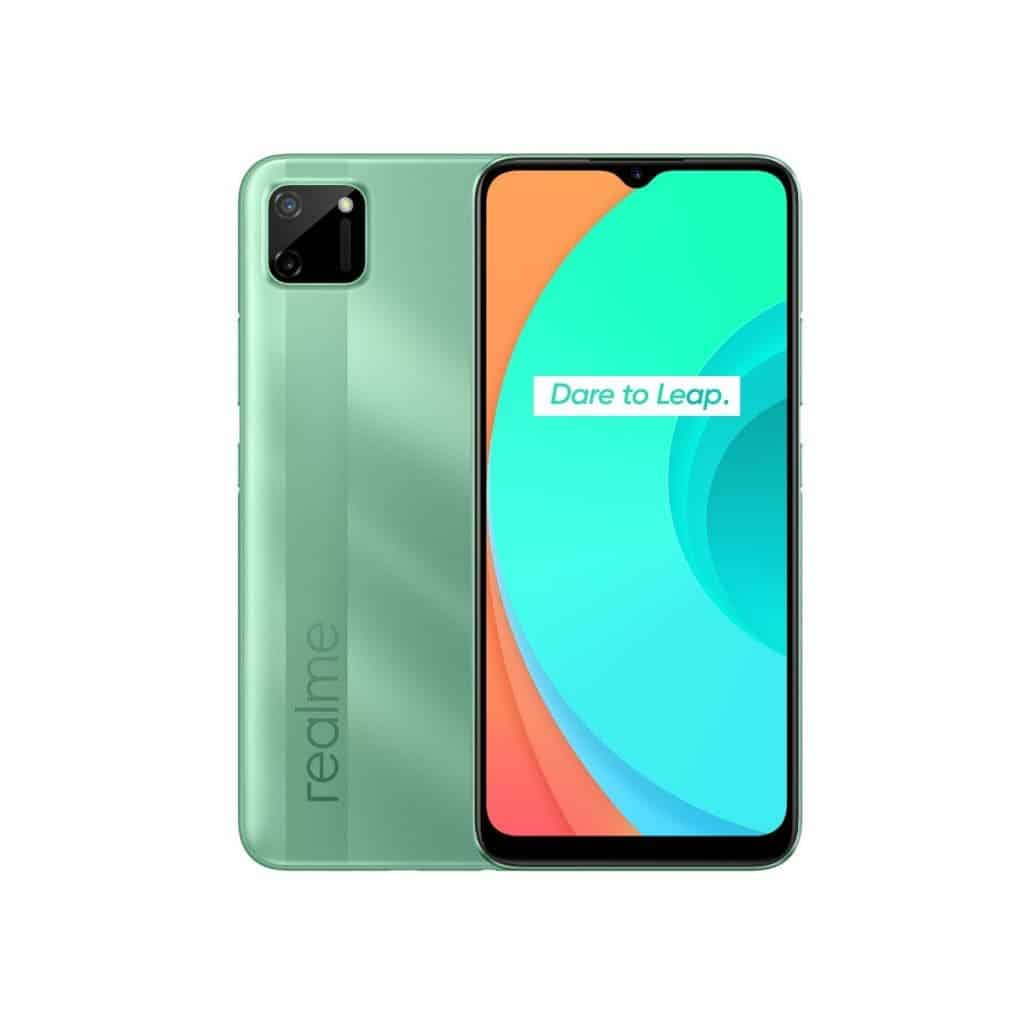 In terms of configuration, the Realme C11 will be equipped with a 6.5-inch LCD display, providing an HD+ resolution and using a waterdrop screen design. In the ‘drop’ area, we can find a 5-megapixel selfie camera. There will be two different color options, including mint green and pepper gray.

On the back of the device, there will be a square camera module in the upper left corner. It contains dual cameras and a LED flash. The rear camera includes a 13-megapixel main camera and a 2-megapixel depth sensor.

In addition, the Realme C11 will debut the latest MediaTek Helio G35 SoC. And it is reported that the upcoming Redmi 9C will also be equipped with this processor. The Realme C11 will also carry a huge 5000mAh battery. Although this chipset isn’t so powerful, the 12nm process will ensure its power efficiency.

Not that long ago, this handset was leaked on GeekBench. The latter reported that the Helio G35 or MT6765/VCB scored 900 points on the single-core tests and 4,153 points on the multi-score. Of course, these results were achieved with the GeekBench 4.4.2. According to reports, the G35 is an octa-core CPU with 8x Cortex A53 cores. The CPU runs at 2.3GHz but that’s not nearly enough to match the Helio G70 with its bit Cortex-A75 cores. We have been impressed with all newer MediaTek chipsets so far, but the Helio G35 looks like a return to the old formula. However, it still is better than the company’s old unnamed quad-core chips.

The number of Realme C series users has exceeded 13 million worldwide. According to Realme, the new smartphone will go official on June 30 at 11 AM. The announcement will happen through a live stream for those who want to watch.