According to a tipster from Twitter, Apple has built Apple Silicon powered iPhone prototypes that are capable of running macOS. At least on paper, this could allow an iPhone user to plug his handset into a dock and a monitor and enjoy a full-fledged desktop experience via the use of Apple’s smartphone. This will gain force now that Apple Silicon is replacing Intel’s processors inside the Mac. Worth noting that macOS Big Sur is also getting support to iPhone / iPad apps thanks to the conversion of apps to the ARM platform.

The tweet comes from Mauri QHD, and he makes reference to other similar docks that provide a desktop mode via the smartphone. For example, we have Razer’s Linda and Samsung DeX. The former was an attempt to transform the ill-fated Razer Phone into an Android-powered laptop. The latter is more advanced and is getting continuous support. Samsung’s solution allows users to place the phone in a dock and plug in a monitor, keyboard, and mouse.  This mode is available on most of the current Galaxy flagship phones. In 2011, Motorola tried something similar to Razer’s Linda with the very innovative Motorola ATRIX.

According to the tipster “It is ready, they keep working on prototypes on the side, and are using this time to make it even better… but have 2 options ready, but will go with only one. They are just waiting for other projects to fall into place. 95% sure it’s coming, but not 100%. It still depends on a lot of factors.” 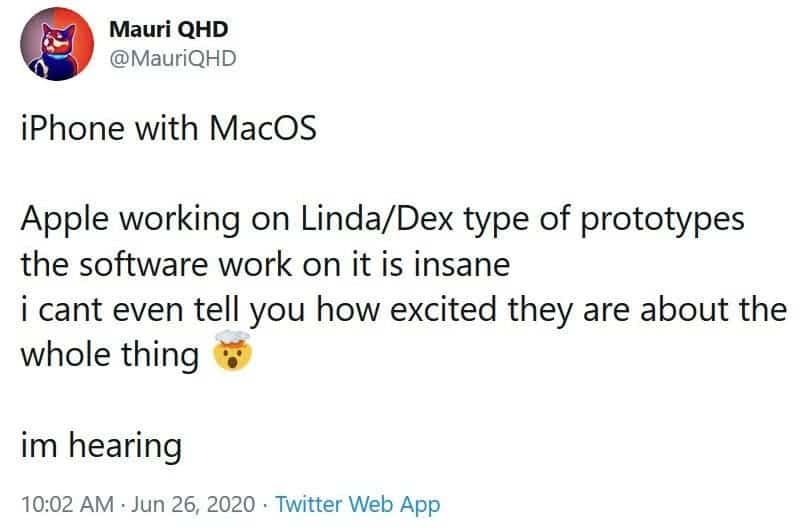 Apple is slowly converting all its ecosystems in a single product

As aforementioned, Apple’s recent decision of replacing Intel chips with ARM-based Apple Silicon is one of the main factors allowing this mode to come. We also stated previously, that Apple is slowly giving some steps to converge its entire product line. The iPhone and iPad apps will be able to run natively on a Mac. In the same vein, we expect some developers to make apps that are compatible with macOS. However, that will also be used on iPhone and iPad. According to Steven Troughton-Smith, an iOS and macOS developer, Apple’s new ARM-based chips will allow developers to emulate the current Mac Software library. The Universal Purchase feature also indicates a convergence. users purchasing an app on iOS, iPadOS, or macOS will have it paid for all three platforms. Moreover, in 2019 Apple introduced Catalyst which modifies iPad apps without having to rewrite them from scratch. The company denied it was bringing iOS and Mac together, however, we don’t think that they can sustain this denial for much longer.
Mauri QHD further states that Apple’s goal is much more ambitious than it looks. Apparently, the company wants the iPhone to feature a dual boot system that would allow the phone to run either iOS or macOS. This seems to be truly promising, but it may be a little confusing for the end consumer. In the end, the iPhone still is a product with the final consumer in mind. Moreover, we don’t know how reliable the source of this information is. According to AppleInsider, he does have a good track record but it is limited as far as Apple is concerned. For that reason, take this bit with one or even two pinches of salt.

In 2016, a patent filed by Apple in 2016 showed a very interesting concept. It has shown a MacBook-like shell with a kind of iPhone slot in the place that should be used by the touchpad. Users would simply attach the iPhone to this shell and then the case would become an iPhone-powered MacBook. 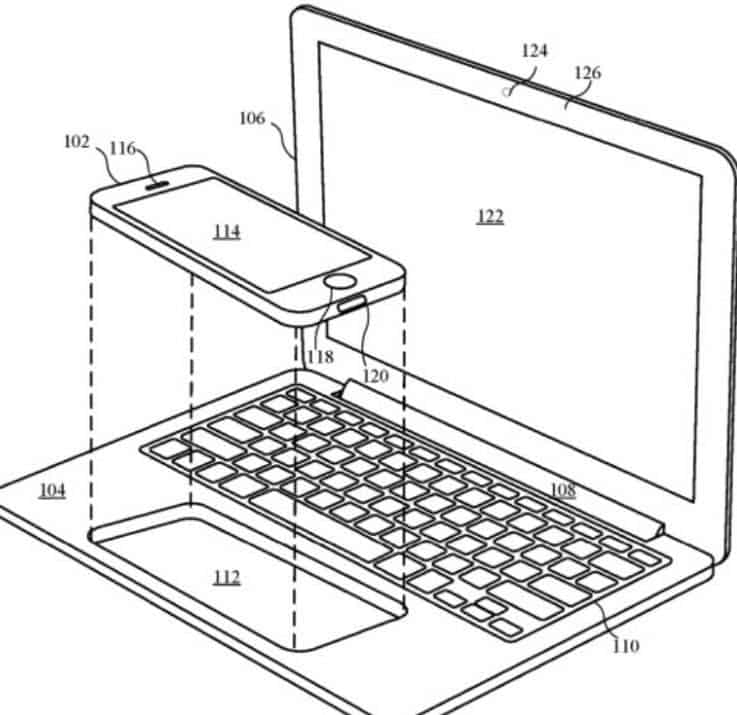 According to reports, Apple’s A14 Bionic chipset, built on a 5nm process node by TSMC, has 15 billion transistors and when modified, can easily handle macOS. We can see that Apple has all the necessary ingredients for shipping a Desktop Mode on iPhone. However, we’re not 100% sure that this will happen this year. But if it does, then, we should be keeping our eyes on the company’s big revelation of the iPhone 12 series.
Source/VIA :
PhoneArena

Previous Samsung has no plans of attending IFA 2020