Samsung is about to release a new smartwatch: the Galaxy Watch 3. It has already been talked about and a few images have already been published. Evan Blass, better known as Evleaks, has shared new photos that suggest the launch date of the smartwatch.

The watch displays “Wednesday 22” and the dates on the official images of the leaked Samsung products generally correspond to the launch date. It turns out that the Galaxy Watch 3 will be released on Wednesday 22 July (that is next month). This is in any case linked to the rumors which have evoked an exit for the next month. 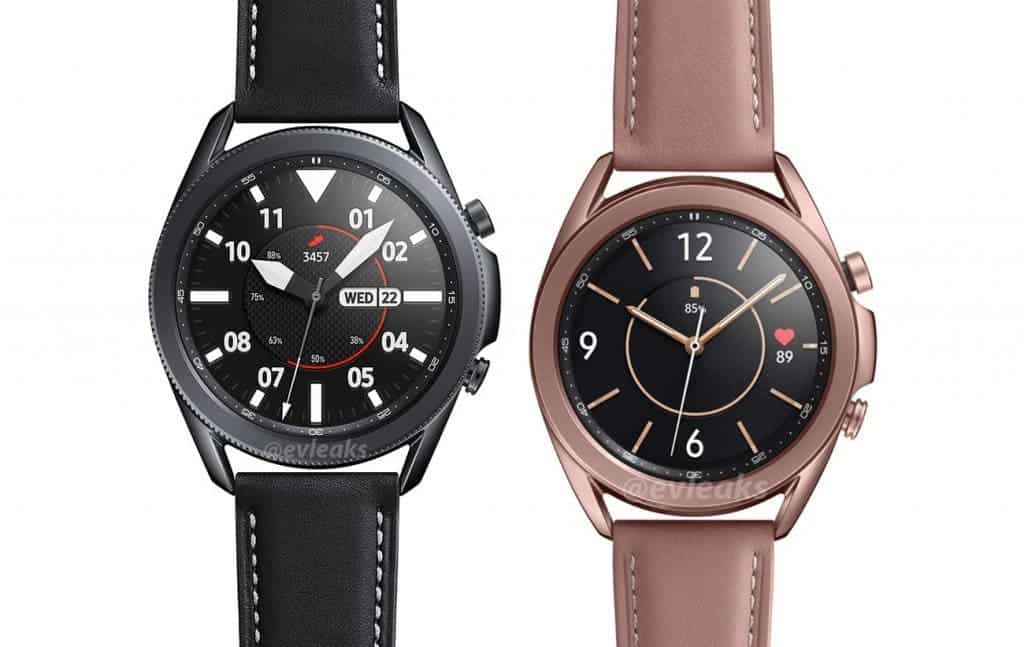 Regarding the watch itself, the images reveal a finer outline, two buttons on the right side and a sewn leather strap. The two models are not identical in any case as the images prove. Just at the dial level, there are notable differences.

The price of the Galaxy Watch 3 is not known at this time. There is a good chance it will leak before Samsung’s official announcement.

Last week, we saw numerous leaks about the upcoming Samsung Galaxy Watch 3 smartwatch, out of which the majority of them were surfaced render images. We saw our first high-quality photo showcasing the product in all its glory in the back color option. We even saw a few images revealing the user interface of TizenOS. For those who’re unaware, the leaked render images were of the 45m variant. Well, we also have another leaked image of the product. This time we’re looking at a 41mm Bronze color option.

The new render images are also published by Evan Blass (@evleaks). If you’re unaware, the previously leaked images were also courtesy of Evan. As mentioned earlier, the leaked render images are of a smaller 41mm variant of the wearable. Surprisingly, the entire watch is in Bronze color including the rotating bezel. This was not the case with the previously leaked images since we saw Black and Silver mixed up.

Considering all the leaked images, we now have three different color options for the upcoming Galaxy Watch 3. We’re looking at an all-black finish, all-bronze finish along with a third silver option. The Silver color option, on the other hand, also features black strap and the black rotating bezel. With that said, we expect the watch to arrive in two build options – stainless steel and titanium.