Google is expected to release the Google Pixel 5 XL in a few month’s time. Surprisingly, there have not been many leaks and speculations regarding this smartphone. Back in February, there was a render that shows a unique triple rear camera design of this phone. However, the latest render is a far cry from what we saw in February. A couple of renders of the Google Pixel 5 XL recently surfaced on Slashleaks. The render is actually of the protective case of this device. However, this transparent protective case gives us some idea of ​​its design. 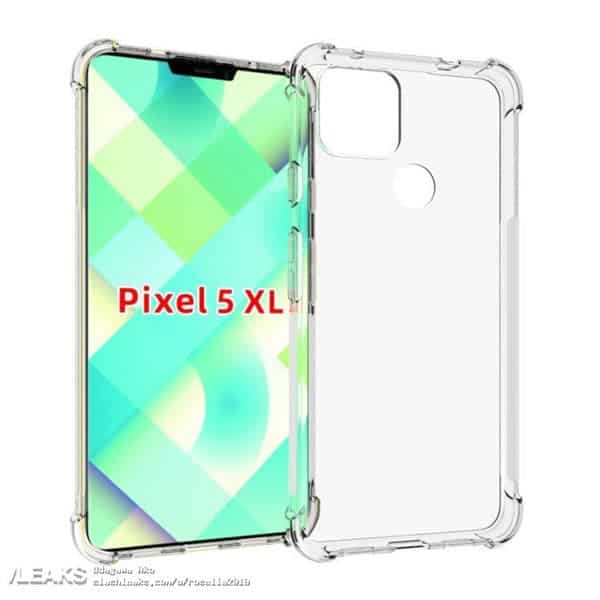 First of all, the Slashleaks images suggest that the Google Pixel 5 XL will still use a rear fingerprint sensor. Since a circle is cut on the back of the case, its position is similar to the previous generation product (such as Pixel 3 XL). In addition, the Pixel 5 XL still seems to have a 3.5mm headphone jack, which is now rare in the high-end market segment. Considering that the Pixel 4 XL has cut off this interface, the possibility of it returning to the Pixel 5 XL is unlikely. 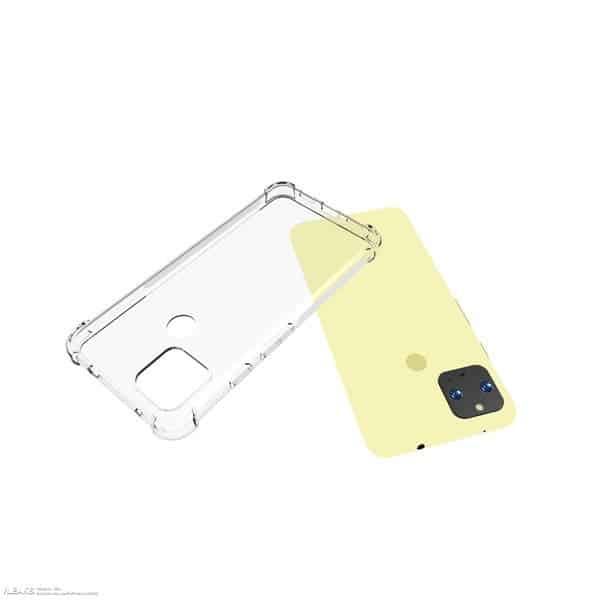 According to speculations, due to the rising costs, the Google Pixel 5 series will not use the flagship Snapdragon 865. However, this series will have to make do with the mid-range Qualcomm Snapdragon 765G.  In addition, due to the ongoing coronavirus pandemic, its release cycle (usually around October) may have to move forward. As a new member of the Pixel series, Google Pixel 5 XL will support 5G networks and is Google’s first 5G mobile phone.

According to the report, the Pixel 5 XL design will feature the same “soft matte glass back with a glossy camera module”. Moreover, for the first time ever, the Pixel lineup will get a third camera sensor. The Pixel 5 XL boasts three sensors in a module housing whose exact design is still unknown. While some renders show an “elongated semi-circle” design, others show a regular “square” design. Well, if the former is the case, the company will be trying something new. However, the latter is already a popular design in the smartphone market. Meanwhile, most of the companies in the industry are going to bring a square-camera setup in 2020. It can even be the case of the Pixel 5 series if this prototype gets scrapped in the future.

Next TikTok transfers responsibility for protecting the privacy of European users