There is currently a tug of war between the United States and China. The two countries do not agree on multiple issues however it appears that the technology industry is taking the hit. According to reports out of China, after blocking Huawei, the US government has set new targets. The report claims that the U.S. government s lobbying European countries to boycott China’s largest security firm, Tongfang. According to them, this is necessary to protect citizens’ information like fingerprints, passport details, and others. 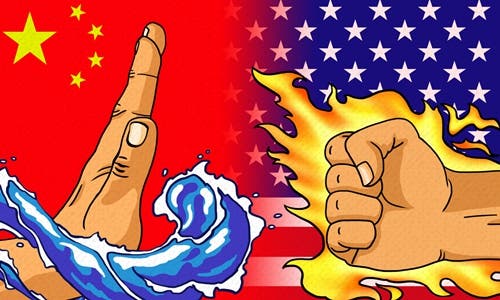 The reports claim that the U.S. government believes that Tongfang’s prestige has made positive progress in Europe because the latter sacrificed the U.S. at a price of less than the market cost during a 10-year aggressive marketing campaign. At the expense of the producers, they now have most of the European market share in the important infrastructure sector.

Furthermore, the report claims that the U.S. is trying to obstruct the development of China’s largest security firm throughout Europe. It is currently lobbying for US companies to replace the contract signed by Tongfang. As for the company, it says that it operates independently. It also claims that it has not received support from any country or instructions from the authorities. Tongfang says that its products will not pose a security risk.

This is becoming interesting because Huawei is still trying to cope with the U.S. bans. Obviously, the U.S. will not stop at Huawei. It will most likely target any Chinese company that has so much impact in any sector. Looking at Tongfang’s market share in Europe, it is easy to understand why it is targeted by the U.S. I think the U.S. believes that the Chinese government forces the hands of such influential companies to do shady deals. This could be the reason why the U.S targets growing and influential Chinese companies. Unfortunately, the technology industry is at the hub of all these brouhahas.

Things can quickly escalate if the Chinese government starts striking back. American technology comapnies like Apple and Qualcomm will be the main target. We hope it doesn’t get to that. We hope the governments sort out their differences and allow technology flow normally.

Next Xiaomi to partner with MediaTek for custom smartphone chips